Despite growing concern among Americans about travel to Europe with the war in Ukraine, most travel advisors’ clients are still forging ahead with their plans in what could be a pandemic silver lining.

An MMGY Global survey of U.S. travelers planning to visit Europe found that 62% of respondents said concerns about the war spreading to other countries was a factor impacting their plans. Nearly half, 47%, said they were taking a wait-and-see approach as the situation in Ukraine evolves. The survey was conducted in early March.

“Clients remain eager to travel to Europe,” said Kimberly Wilson Wetty, co-president of Valerie Wilson Travel in New York. “There is so much pent-up demand.”

Changes are expectedly being made to trips to Eastern Europe, Wetty said, but the agency hasn’t seen cancellations to Western Europe.

A similar situation was unfolding at Travel Leaders Network. President Roger Block said impacted itineraries were limited to countries near Ukraine, while other booking trends “were extremely strong.”

Natalie Monzingo, an affiliate of Strong Travel Services in Dallas, has seen some hesitancy in booking from potential clients, but those with travel on the books aren’t canceling.

“If this would have happened two years ago, I think we’d be hearing more about it from our clients,” Monzingo said. “But they’re so ready to go, it’s not impacting as much as it would have.”

Advisors remain hopeful about the Europe season that lies ahead, barring situational changes like the war expanding into other countries.

“We are selling Europe like crazy right now,” said John Oberacker, owner of Eden For Your World in Long Beach, Calif. “I’ve had very little feedback on the Ukraine situation from clients.”

Europe specialist Janet McLaughlin, an advisor with Provident Travel in Cincinnati, said none of her clients have canceled trips and the season is shaping up strongly. However, one family did opt to spend more time in Paris and Prague, and avoid Budapest because of its proximity to Ukraine.

“I think it just depends on the individual,” McLaughlin said. “At this point, we don’t know what’s going to happen down the road. We’re all praying it doesn’t become worse than it already is. But, at least at this point, people are looking to move forward with their trips.” 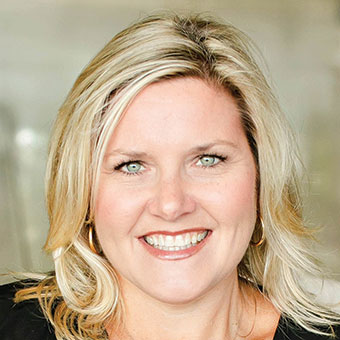 Tiffany Hines, president and CEO of Global Escapes in Athens, Ga., acknowledged that clients are asking about the situation. But, like Monzingo, she said pent-up demand born of the pandemic has them forging ahead with travel, even if it means changing destinations if they were originally Eastern Europe-bound.

“It’s obviously devastating what’s going on over there,” she said. “It’s good that the U.S. is rallying behind Ukraine. But I feel like people have just been cooped up for so long that they’re ready to go.”

Hines is among them. Next month, she’ll join Signature Travel Network on an appreciation trip with other agency owners to Eastern Europe.

This year’s Member Appreciation Cruise departs from Bucharest, Romania, eventually ending up in Croatia. Signature president and CEO Alex Sharpe said he expects it to happen, but the situation will continue to be monitored.

“We just felt like it was important to move forward as long as Globus continues to feel safe,” he said. “This cruise is two-plus years in the making, and I believe psychologically is critical for all of us. Gathering together is the strength of Signature.”

Hines, for one, is looking forward to the trip. She also believes that, while the war in Ukraine will impact some plans, it isn’t travel’s biggest issue right now.

“I think the biggest hurdle that we’re facing right now in the travel industry is this [Covid] testing requirement coming back into the U.S.,” she said. “As soon as that goes away, the floodgates are really going to get lifted for all of us.”