The United States Tour Operators Association (USTOA) continues to support and inform its members and the industry, arming them with the latest information on the coronavirus crisis.

Tour Operator Active Members and destination management Associate Members were asked about post-COVID 19 plans for recovery and resumption of business in an ongoing survey.

Travel is still on the slow side overall.

“In the Active Member June survey, two-thirds of tour operators reported an increase in bookings, compared to one-third in this recent survey,” said Terry Dale, USTOA president and CEO. “While it’s heartening that US consumers are still making future travel plans, clearly the momentum has slowed while there is still so much uncertainty in the marketplace and the world.”

Travelers are mostly thinking about travel in the coming year.

Ten percent have bookings made for the third quarter of 2020, another 19 percent of members reported that they have new passenger bookings scheduled for travel in the fourth quarter of 2020.

One-third said that they have received bookings for Q1 2021 travel while three-fourths report passenger bookings for the second quarter of 2021.

Eight out of 10 (79 percent) Active Members are reporting travel bookings for the third quarter of 2021.

Just over half of reported new bookings were being made for Q4 2021 travel.

“Not surprisingly, what we are seeing now across the board is a lot more promise for the first half of 2021 for international travel. On the home front, two-thirds of tour operator members with product in the US have started operations or plan to start between now and the end of 2020.”

Antarctica is starting to gain more tractions. Twenty-four percent of respondents with itineraries to Antarctica anticipate resuming operations in the second quarter of next year. In June, zero percent of members said they had anticipated returning within that same timeframe. Fewer, roughly 18 percent of Active Members anticipate a first quarter 2021 return. 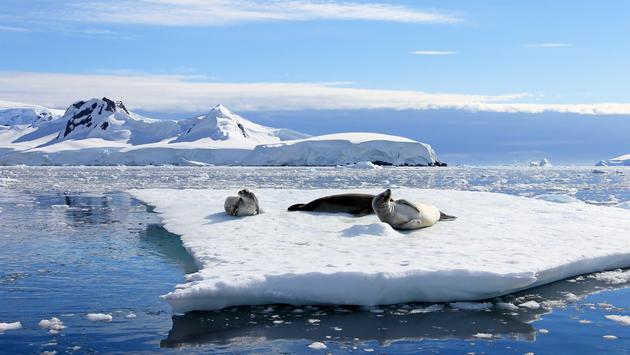 Nearly two-thirds of USTOA members foresee a potential return to Asia between the first and second quarters of 2021.

When it comes to Australia, New Zealand and the South Pacific, 33 percent said that a potential operations restart in the region was likely in the third quarter of 2021. This reflects a significant shift in timing. The June Active Member survey had more than half (53 percent) anticipating resuming operations to the region during the first quarter of 2021.

More than a third see a second-quarter 2021 return to Canada, and members indicated that they saw a return to Central America in the first quarter of 2021, which is a jump of nearly 20 points in comparison to the June survey.

More than a third (37 percent) of respondents anticipate resuming operations in Europe in the first quarter of 2021. Many operators anticipated a return to travel in Europe in September of this year (33 percent) but now none anticipate this.

A third of tour operators with programs to Mexico anticipate resuming operations in the first quarter of 2021, and almost half plan to resume operation to South America in the same timeframe.

Members were very optimistic about travel returning to the U.S.

“This survey also reflects a sizeable change in the expectation of a September 2020 re-opening for North American travelers according to our destination members,” said Dale. “In June, 17 percent of DMO respondents anticipated re-opening to North America next month, now that number has decreased to 5 percent. Which reflects how rapidly COVID conditions around the world change, too.”

FIT travel and small groups are definitely types of travel that are more likely to rebound the fastest. Many respondents noted that it was too early to say what the limitations or restrictions would be on coaches but many (16 percent) noted that sizes could be limited to 20 people, 9 percent said limits could be 50 and 8 percent said 10 people would be the limit.

When it comes to health and safety practices, 91 percent of DMOs indicated that they will use their own governments’ health and hygiene protocol.

More than half (57 percent) said that they will rely on UNWTO/WHO guidelines, while 31 percent noted that other health organizations’ guidelines will be utilized.