As competitor Carnival Corp. is selling 15 ships, Del Rio said NCLH will not, noting that it has a young fleet. “We absolutely have no plans to divest of any of our vessels,” he said in an Aug. 6 conference call with financial analysts.

In fact, the oldest ship in the fleet, the Norwegian Spirit, which entered service in 1998, just completed a $150 million upgrade in February, he said.

One analyst asked Del Rio if he expects the distribution channel to change if smaller travel agencies close down during the COVID-19 pandemic and consumers switch to direct bookings.

Del Rio said some agencies have closed and even larger networks have laid off or furloughed workers – just as the cruise industry has. “I believe travel agencies will survive this, just like we will,” he said.

Even as he acknowledged an increase in direct business, he predicted it will be just in the short term and expects the travel advisor community will withstand the pandemic.

“In the short-term, when sailings resume, we might see disproportionate business coming through direct channels versus what we were seeing prior to the crisis, but over the long term travel agents have shown resilience,” he said, later adding, “Not too long ago people predicted the demise of travel agents and, if anything, they have emerged stronger.”

NCLH has in recent weeks made “herculean efforts” to strengthen its liquidity while it burns about $160 million in cash per month as ships sit idle.

“In recent weeks, we have taken further action to bolster our liquidity position in response to the COVID-19 global pandemic, including our highly successful $1.5 billion gross triple-tranche capital raise in July, which we believe positions us to withstand a scenario of prolonged voyage suspensions,” Del Rio said in a press release.

To reduce operating expenses, the company has extended a 20 percent pay cut for shoreside employees through September while also extending the furlough of 20 percent of the shoreside workforce through October.

The company’s “Roadmap to Relaunch” includes four steps, starting with developing new health protocols. NCLH has partnered with the Royal Caribbean Group to pull together a high-profile panel of public health experts to help devise a new plan that will meet CDC approval.

The second step will be to assess which ports are open and which destinations are free of travel restrictions. Cruise ships are movable assets and can go where they are welcomed. 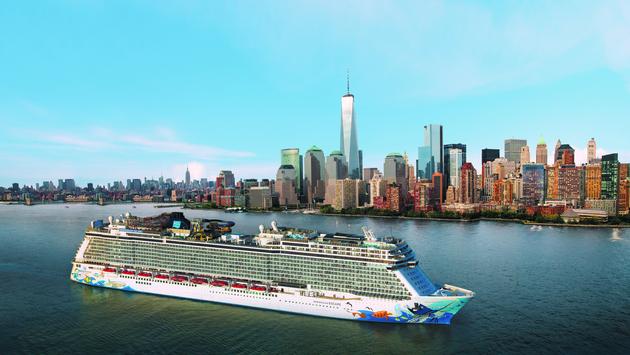 Third, the sales and marketing machine will gear back to up stimulate demand, followed by a gradual return to sailing. Del Rio said the company will likely restart with a “handful of vessels at reduced occupancy levels” and that the return of the entire fleet would take at least six months to complete.

Del Rio took note of companies that started cruising over the past month or two and then dealt with positive COVID-19 cases onboard. “Fits and starts are to be expected,” he said, adding later that “while it’s disappointing, I’m glad the cruise companies that suffered these setbacks handled the situations very, very well.”

The recovery may start to move ahead near the end of September. The CDC is requesting public comment through Sept. 21, about the same time NCLH and Royal Caribbean will get the first set of recommendations from its health panel.

But people are booking cruises at this time. In fact, Del Rio said he was “astonished” how well bookings are coming in. He credited that to “a very loyal customer base” across the three brands.

“While booking volumes since the emergence of COVID-19 remain below historical levels, the company’s overall cumulative booked position and pricing for 2021 are within historical ranges including bookings made with future cruise credits,” the company press release said.

The company usually offered 125 percent in future cruise credits to those booked on canceled cruises or a full refund. As of Aug. 3, approximately 60 percent of guests requested cash refunds.

NCLH also is nearing the completion of the repatriation of crew members around the globe. So far, the company has repatriated over 21,000 shipboard team members to over 75 countries, through a combination of chartered and commercial air flights as well as the use of some of the company’s ships. The company expects the repatriation efforts to be largely completed within 45 days.