PIRAEUS, Greece – Six weeks after her maiden voyage, Silversea’s Silver Moon, the line’s ninth ship, was officially christened at an event Royal Caribbean Group CEO and chairman Richard Fain called “a symbol that cruising has returned to the traveling public.”

The unpredictable path to cruising’s restart — and the desire not to miss an opportunity for a revenue cruise — led the line to put the ship, completed in 2020 during the pandemic, into service before arrangements for a naming ceremony could be organized. But if anything, the gap between sailing and christening only built up anticipation and emotion.

“The past 17 months have been frustrating in so many ways to so many of us,” Fain said. “True, the world is still highly isolated and travel is still more limited than we would like, but cruising is leading the way for travel.” 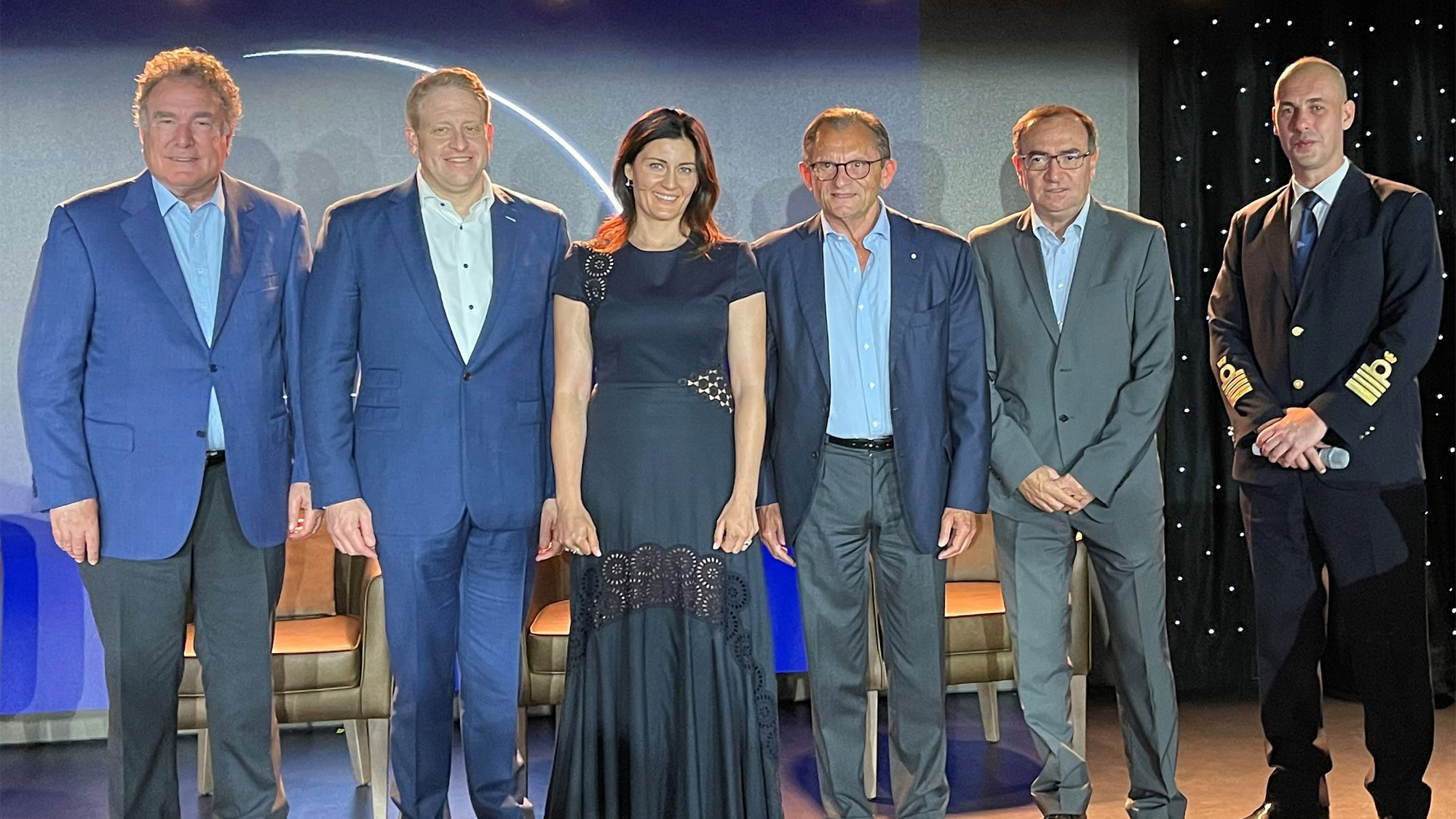 For Royal Caribbean Group’s Jason Liberty, there was professional satisfaction as well. Noting that there are now vessels sailing for all five of the company’s brands, he remarked that “as CFO, seeing paying passengers after 17 months is really, really great.”

Silversea CEO Roberto Martinoli said the naming was a symbol of “our industry’s strength and resilience.”

The master of ceremonies, CBS News travel editor Peter Greenberg, asked a panel of executives and godmother Gaia Gaja, a fifth-generation Italian winemaker, what the “overriding lesson” of the pandemic was for them.

Liberty said it “taught us a level of humility.”

Captain Chavdar Georgiev said it was “to appreciate everything, because anything can happen.”

Martinoli said, “Never give up — there is always a way out.”

And Gaja answered, “I learned that wine is more important than I thought. Drink some happiness.”

Guests on the ship got a taste of the line’s newest initiative, “Sea and Land Taste,” or S.A.L.T., which blends food- and beverage-focused shore excursions and an onboard restaurant, bar and “lab” for cooking lessons. Together, they provide a deep dive into a destination’s culture through the lens of its cuisine.

The ship, with a maximum of 596 guests, is the second of the line’s Muse-class ships.