UnCruise Adventures made headlines last week after its first U.S. voyage to set sail amid pandemic conditions was forced to turn back four days into its itinerary when the results of a guest’s COVID-19 test (taken at the Juneau airport upon arrival) came back positive.

UnCruise quickly canceled its four subsequent sailings scheduled for this summer in Alaska, more because of customer cancellations than potential safety issues.

UnCruise’s top-notch contingency plan, implemented swiftly onboard, and strict quarantine once guests and crew arrived back in Juneau, resulted in zero transmissions among the rest of the ship’s complement and zero hospitalizations. The Wilderness Adventurer’s 27 crew members have been cleared, departing Juneau this past Monday, with 32 guests also having been cleared and sent home, and four more who are still completing their 14-day isolation in Alaska.

The state of Alaska allows domestic travelers to enter if they’ve tested negative up to five days prior to touchdown, provided that they re-test at the airport upon arrival. The UnCruise passenger in question had tested negative for COVID-19 in his home city four days prior to the August 1 UnCruise departure date and was re-tested in Alaska accordingly.

In a bizarre twist of events, the identified guest’s third test, performed aboard the Wilderness Adventurer on August 4 just after the results from the airport test were received, came back negative.

How to account for such conflicting results? Owner and CEO of UnCruise, Captain Dan Blanchard, held a media briefing today to offer his take on the situation and point to some of the insights that have been gained through this experience. 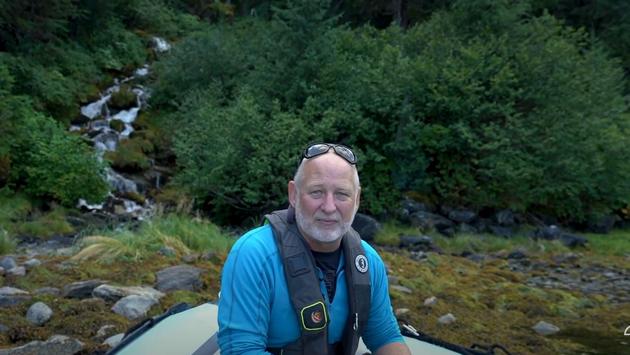 After conferring with epidemiologists, state and federal health resources, he says that the virus’ complexities and the difficulties it presents in terms of testing have led the company to say, “We’re siding with science.”

“We know that the test that was used in Juneau is the gold standard—that’s the PCR test— and it has way less than one percent failure rate,” Blanchard said. “Amongst all tests, false negatives are much easier achieved.”

Blanchard says that one of his biggest takeaways from this occurrence is the criticality of making rapid testing more available and more accurate moving forward—something that UnCruise has already been championing as perhaps the most crucial element for restarting the travel industry.

“If we talk about firing up the economy and bringing jobs back, and bringing our small businesses back to operations, it’s really about rapid testing until we have a vaccine. That is the one thing that has come home to me stronger than ever,” he said.

He also said that, while the Wilderness Adventurer’s latest outing was unfortunately cut short and may cost UnCruise up to $2 million already invested into staff and vessels that will go unused this season, there is an aspect that can be considered a success.

“The state and CDC looked at us as one bubble, in the sense that they didn’t believe that—on a vessel this small, with this number of guests—contact tracing worked. That everybody would be polluted if there was somebody contagious,” Blanchard explained.

“But, the reality is, and what the state learned, is that—no—the way our policies are set up and the fact that so much time (up to 12 or 14 hours a day) is spent off the vessel at times by guests, that—yes—contact tracing worked.” With pandemic-era protocols and precautions in place, during four days of sailing, the infected guest was shown to have only been within a six-foot, 15-minute bubble with one guest besides members of his own family.

Asked about when UnCruise might resume operations again, Blanchard said that the company is still hoping to start its Hawaii sailings at some point this winter, but that those plans are still up in the air. Both Alaska and Hawaii are among the states that have the severest travel restrictions and requirements surrounding COVID-19.