Mexico’s Costalegre has been a quiet enclave of luxury for decades.

For years, those in the know have stolen away to the wild and wind-swept beaches that edge the coastline for 90 miles south of Puerto Vallarta. Here is where ultrahigh-end but very under-the-radar resorts like Careyes, Cuixmala and Las Alamandas have been serving elegant and understated travelers since the 1960s.

But with the opening of the new Four Seasons Resort Tamarindo in mid-2022, the rest of the world will soon be familiar with one of the last great undiscovered coasts of Mexico.

Costalegre is one of the most stunningly beautiful places in all of Mexico. Its topography, ecology and culture are so unusual and magnificent that the region has been named an Ecological Tourist Corridor by the government of Jalisco state. The region runs from just south of Puerto Vallarta all the way down to Manzanillo in the state of Colima.

In addition to serving as a low-key luxury retreat for some, the coastal stretch is home to many small communities, fishing villages and smaller hotels that are a favorite with regional travelers.

The impending introduction of a world-recognized brand like Four Seasons begs the question: Will the ethos of Costalegre change? Fortunately, the resort says it has taken the necessary steps to make sure that the heart and soul of the Costalegre remains the same. 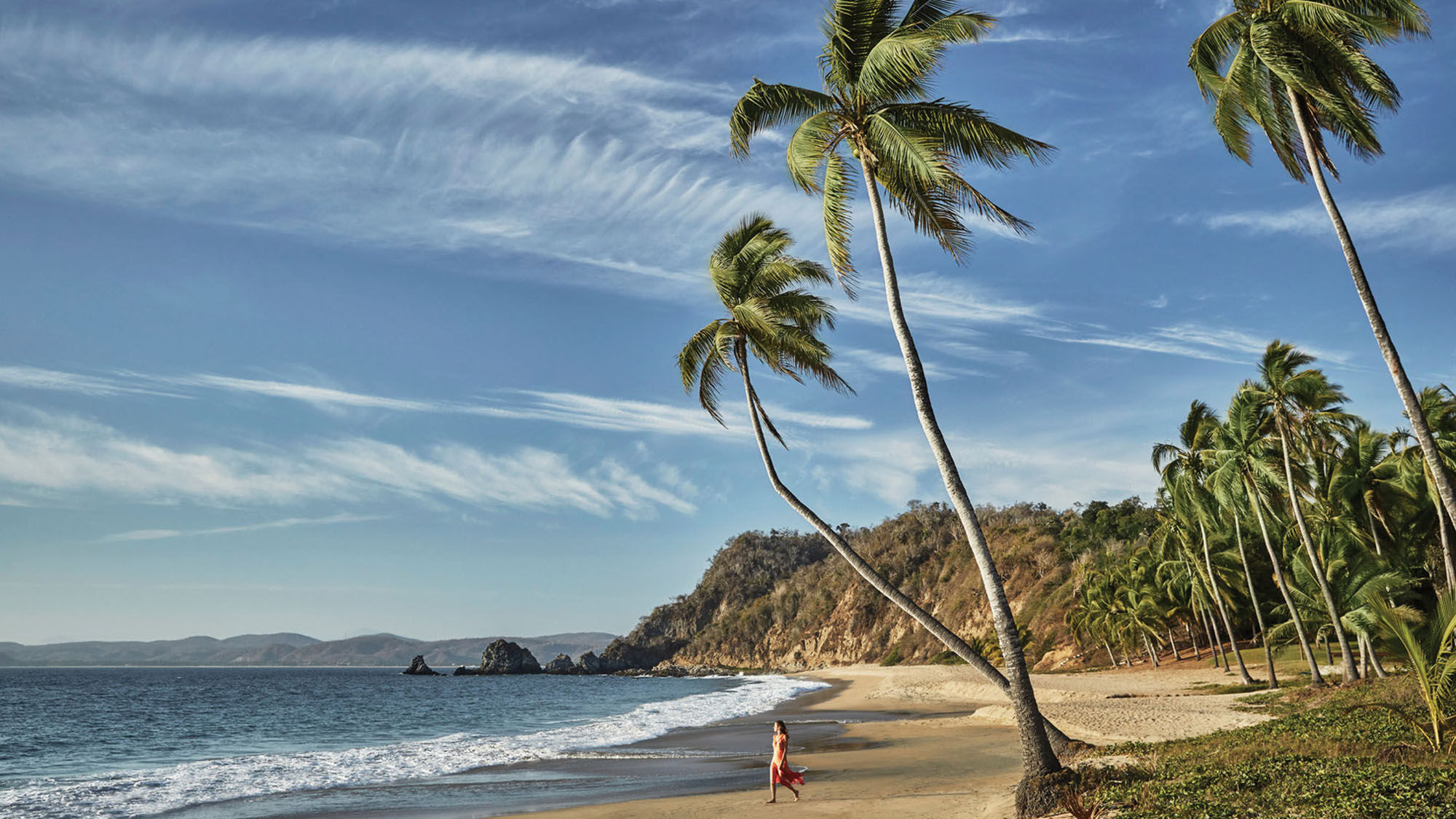 An emphasis on conservation

Perched at the southern end of the Costalegre, in between Barra de Navidad and La Manzanilla, the Four Seasons Resort Tamarindo will be part of a 3,000-acre private natural reserve.

The reserve is home to more than 70 endemic species of flora and fauna, including the tescalame tree, which grows horizontally. Visitors will also find 13 species of birds, 16 mammals, 11 amphibians and 30 reptiles that make their home in the reserve.

The resort has developed a Discovery Center, which has brought on a team of biologists and conservationists to share their knowledge of the land as well as lead educational sessions and reforestation efforts.

The Four Seasons will have more than 26 miles of hiking trails, and guests are encouraged to download Naturalista, a platform used around the world to help catalog endemic species in designated locations.

The property will be regularly registering sightings of flora and fauna from the reserve, with the option for guests to assist in helping to build the database of species found within the 3,000 acres. 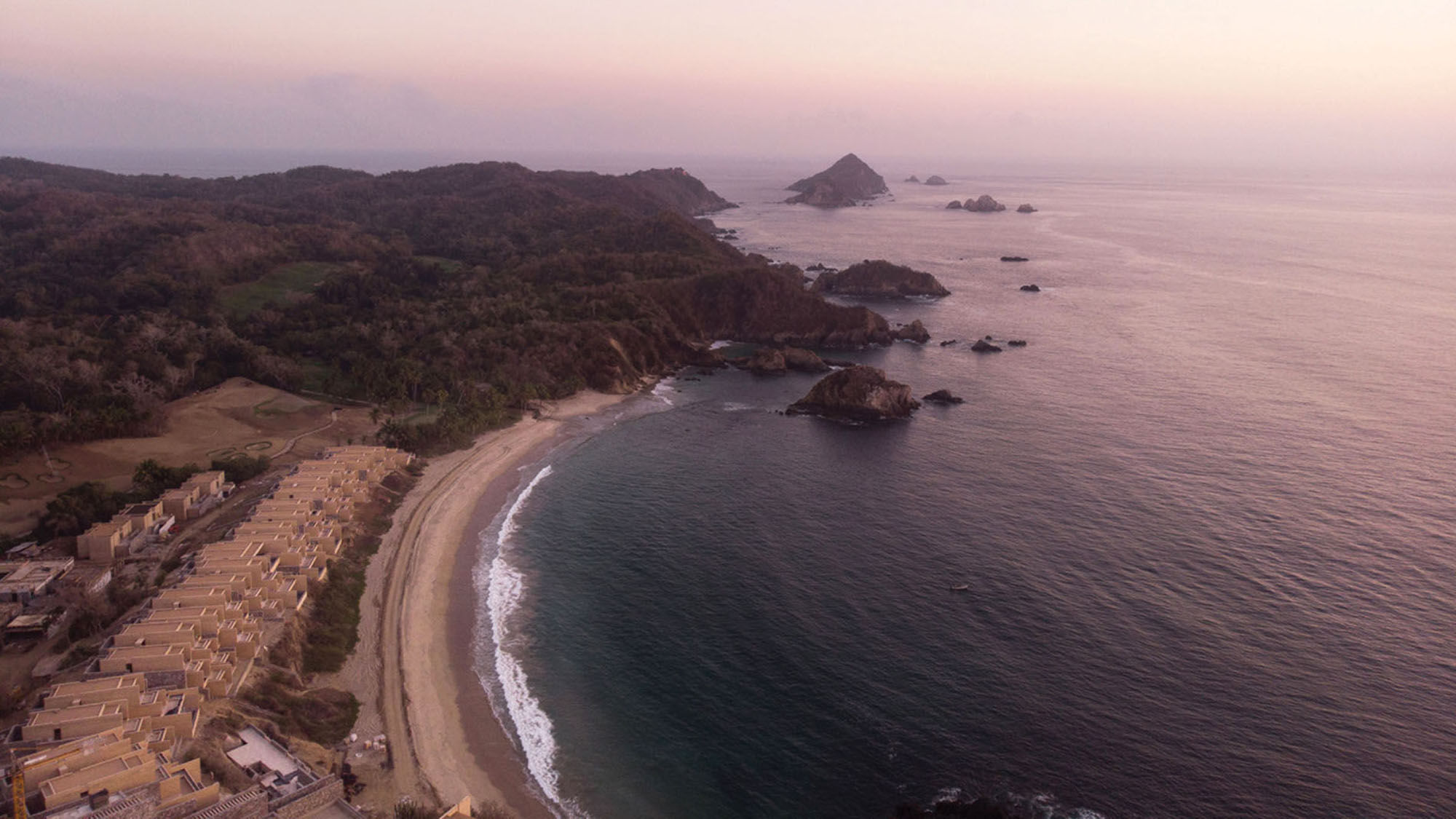 The 157-room resort was itself designed with the environment in mind, blending as seamlessly as possible into its setting. The team that developed the property used the natural formation of the landscape so that buildings could be “tucked” naturally away, allowing for impressive views from the property without taking away from the natural beauty of the coastline. Local stone was used in the construction of the resort, the team working to match the color of the buildings with the sand on the beach.

Part of the design of the resort also included the amplification of local artists and designers. The work of artisans from across Mexico are on display, and the Four Seasons team has worked with Ensamble Artesano and Taller Maya, organizations that work with local artists, artisans and designers, to preserve and promote the ancient, pre-Hispanic culture and highlight local artists. 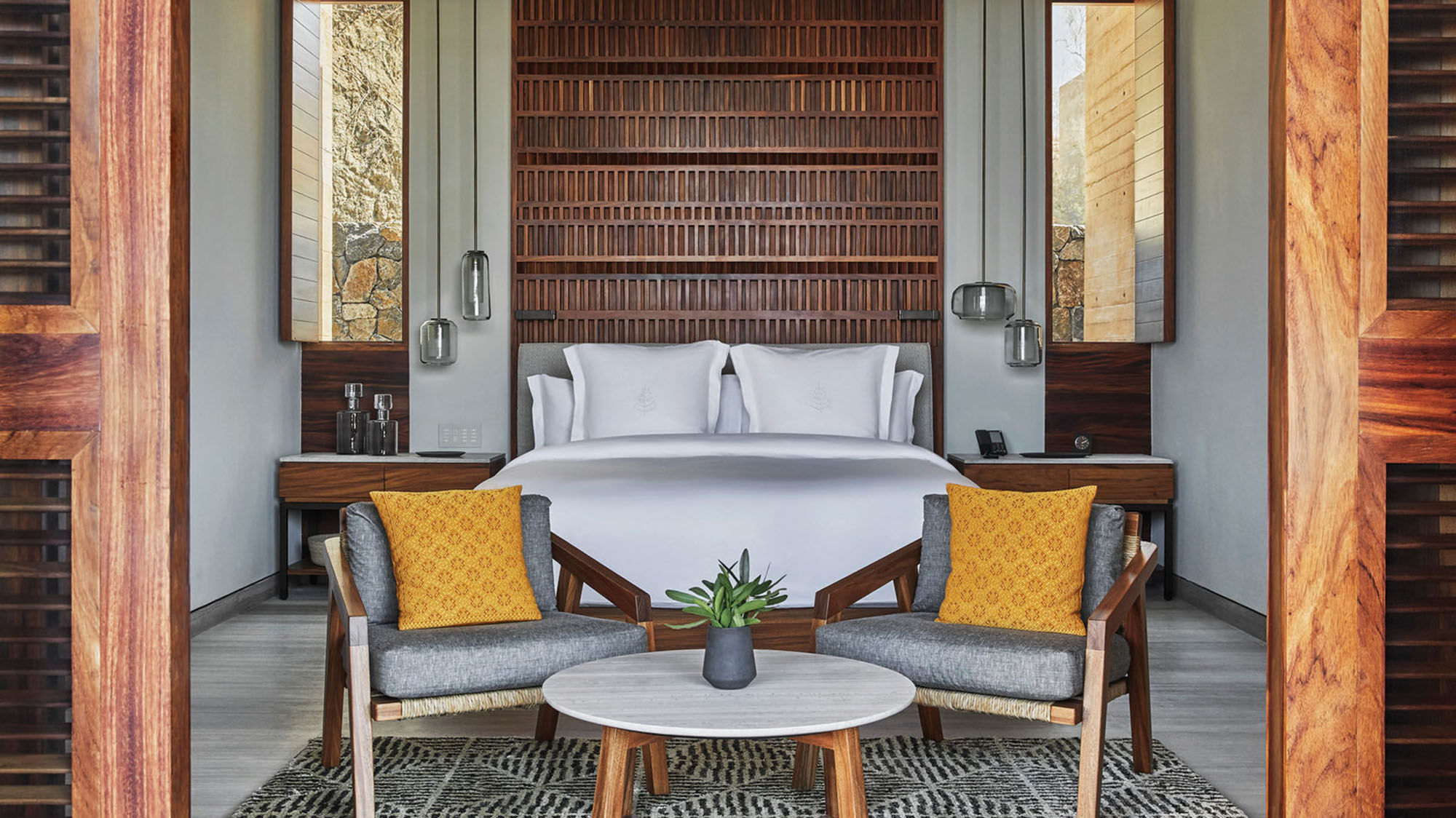 Staying at the Four Seasons

The 157 accommodations include 63 suites plus private residences. Cliffside suites will have their own private pools, while all rooms and suites will have views of either the ocean or the jungle.

The resort sits on 6 miles of beachfront, offering several different beach hideaways as well as hidden coves and three pool areas. It also will feature four restaurants and bars, a golf course by David Fleming, tennis facilities and a boat dock.

The signature restaurant, Coyul, will highlight Mexican traditions. Sal, an oceanfront restaurant, will serve seafood. Nacho will be a taqueria experience, focusing on taco traditions from Jalisco and Colima. Nueve will be a lunch restaurant on the golf course, which will become a place for steaks in the evening; think casual Mexican barbecue.

The Four Seasons’ spa will have eight treatment rooms as well as hot and cold plunge pools, saunas and steam rooms. A 24-hour fitness center will also be open for guests. One of the themes of the spa is that its treatments are derived from local traditions: temazcal (sweat lodge) treatments and therapies rooted in ancient healing traditions.

Puerto Vallarta is the closest “resort” city to the Four Seasons Resort Tamarindo, and that is a four-hour drive away. The best way to reach the resort is to fly into the international airport of Manzanillo-Costalegre.