African Travel president Sherwin Banda says people visit the continent first “for the animals. Then something magical happens. When you ask them why they go back, they say because of the people.”

Making sure guests have authentic interactions, he said, is one of the key principles guiding African Travel.

Excursions where guests just travel to a village and sit and watch “how people cook, that does not in our view add meaning to the travel experience,” Banda said. “Neither does it add meaning to the people living in those destinations.” 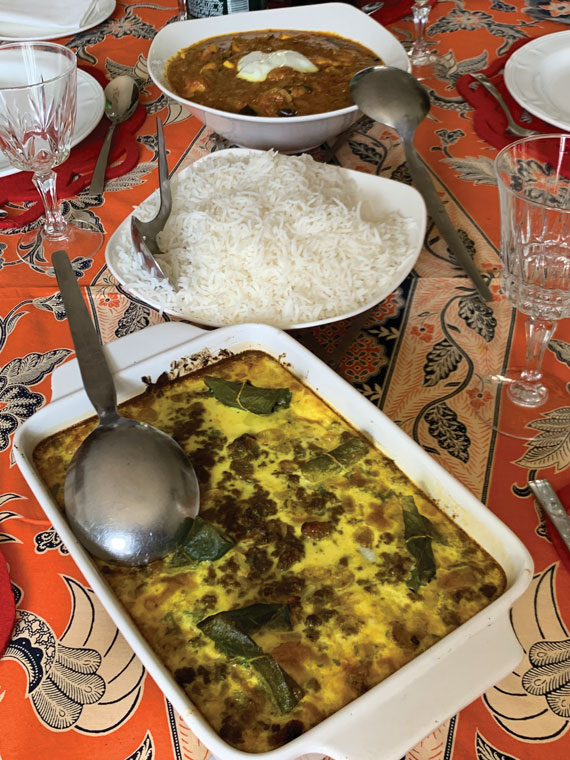 Instead, he said, African Travel looks for partners such as Cass Abrahams, an authority on Cape Malay cuisine, or Christo Brand, Nelson Mandela’s jailer who grew to be a close friend, “because they are proud of their environment. They want to share their heritage. We don’t want it to be seen as us doing them a favor.”

Banda, a native of Cape Town, said he first met Brand when African Travel was looking for ways to bring Mandela’s story to life for what would have been his 100th birthday.

Through its partnership with Brand, “we figured out how we can tell the story of Nelson Mandela through a first-person account rather what we read or see.”

On a small press trip hosted by the company in January, we got a three-day sampling of some of those offerings in and around Cape Town that showcased both the historical and cosmopolitan sides of the coastal city and its nearby wine region.

The first day focused on food, including a walking tour of the gentrifying Zonnebloem neighborhood, where coffee and chocolate shops convert to bars at night. 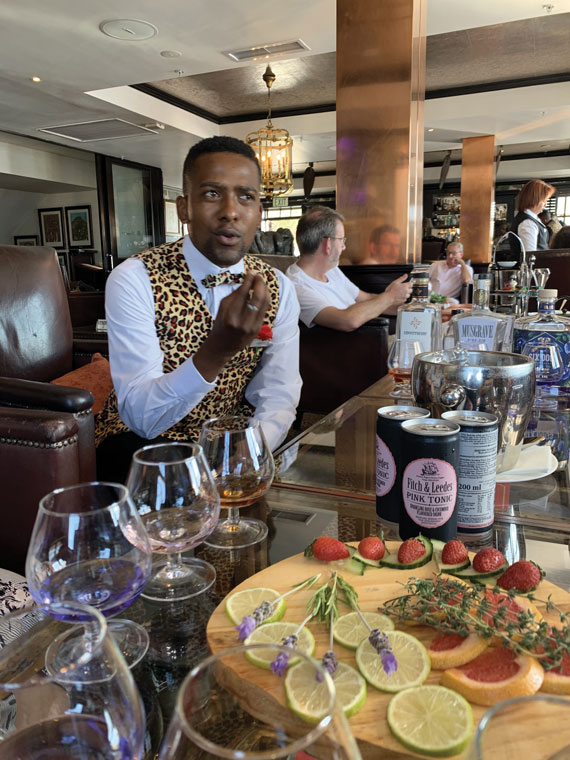 After cooking classes with Abrahams, we capped the evening with a gin tasting at the open-air Leopard Bar at our hotel, the Twelve Apostles, which overlooks the coast.

The next day we took a helicopter along the coast from Cape Town to the Grootbos Private Nature Reserve and eco resort, where guests can explore more than 6,000 acres of pristine wildness, or venture down to the coast to look for Africa’s marine version of the Big Five: great white sharks, southern right whales, dolphins, Cape fur seals and African penguins.

We drove back to Cape Town, stopping at the Bouchard Finlay winery in the Hemel-en-Aarde (Heaven and Earth) Valley, one of the area’s lesser-known and less-visited wine regions, and the only one that produces pinot noir.

There, instead of taking a long tour with exhaustive explanations of how wine is made, we sat down for cheese and wine with founder Peter Finlayson to chat about life in the valley.

From there we took the long way back along the coast, stopping at Betty’s Bay to see its wild penguin colony.

The following day we met with Brand, then hooked up with local art expert Tamlyn Martin for a walking tour focused on some of the newest architecture along Cape Town’s waterfront, including the Silo district where a museum and hotel have been developed in an old grain silo.

Martin then brought us to visit several local artists in their studios, including Chris Swift, who develops art and jewelry made from fencing torn down on Robben Island. We also stopped into the home of architect and art collector Michael Fitzgerald, who developed a contemporary, multi-level home on a vacant lot in Cape Town’s historically Muslim and working-class Bo-Kaap district.

We capped off the day with an art tour and sunset cocktails at the Ellerman House, a boutique hotel that also houses one the area’s largest private art collections.

Of course no trip to Africa is complete without at least a short safari. Before heading home, we took a quick trip to Shamwari Private Game Reserve, where we stayed in their new luxury tented camp, enjoyed the wildlife and even took a little time out to play on rope walks and swings in the playground at the reserve’s newly renovated family camp.