New York City will launch a new “Neighborhood Getaways” campaign soon that will encourage New Yorkers and other visitors to visit all the five boroughs of Manhattan.

The campaign was revealed by Fred Dixon, CEO of NYC & Company, speaking on a webinar organized by the Center for an Urban Future. He spoke on a panel of tourism leaders from multiple cities in an effort to share best practices and experiences on recovering from the pandemic. A second panel at the same event was comprised of leaders from New York’s visitor industry.

They all had to do a sharp pivot to focus on local travel and encourage residents of their own cities to visit attractions there – at a time when many people were fleeing cities to achieve “social distancing.” Jonathan Bowles, executive director of the Center for an Urban Future, said the idea for the webinar was so that New York could benefit from hearing from other cities in how they are dealing with a tourism recovery.

The city, he said, has two goals: to restore confidence in New York, first among New Yorkers and then nearby residents; and to encourage New Yorkers to discover all five boroughs. He said the city sends more visitors around the country than any other place. “How can we redirect that to create NYC-cations?” Dixon also said New York State would be working with neighboring New Jersey and Connecticut on a joint campaign.

Dixon said that with the coming of cooler weather, people who had been going to the beach will be seeking other outlets – like city diversions even as attractions like museums begin to open. He said that the recovery will be led by arts and culture, though he said it was unfortunate there was no government support for those institutions.

Tracy Halliwell, director of tourism, conventions and major events, London & Partners, said that London shifted overnight from a focus on international travel to domestic travel and from live to virtual, recreating online “what London was all about.” “Our initial approach was resilience;” she said; “how can we keep things going when almost anything was closed. We wanted Londoners to spread the word that London is still there, a great destination waiting to open.”

London, said Halliwell, created a “Because I’m a Londoner” campaign which was about getting residents themselves to promote and visit the city. The tourism office deployed influencers and other marketing tools to tell Londoners that it’s a great time to sightsee with fewer tourists in town. In addition, the mayor of London launched Pay it Forward campaign, which encouraged people to buy a cup of coffee, a manicure, a theater ticket, etc. in advance – just to provide money to merchants.

Emmanuelle Legault, vice president of marketing and strategy, Tourisme Montreal, also said there was a focus on the hyper-local. She said Quebecers did not want to come to Montreal and Montrealer’s wanted to leave the city. “We wanted people in the city to stay and fall in love with Montreal again. We created a passport specific to Montrealers with incentives with visiting local attractions and are launching a new culinary one soon,” she said.

In San Francisco, said Joe D’Alessandro, CEO, San Francisco Travel, international tourism accounted for 64% of visitor spending “and that is not coming back to 2019 levels until 2024 or even 2025.” He said the focus is on regional travel with 40 million people living within driving distance. “We have to be flexible and bold and do things differently,” said D’Alessandro.

He said that San Francisco is working with other cities like Los Angeles and San Diego that are usually competitors, with northern California promoting southern California and vice versa. Visit California, he said, is doing in-state marketing for the first time.

Legault said Montreal is also working with other cities – Toronto and Ottawa — on a joint campaign to get their respective residents to travel to the other cities. 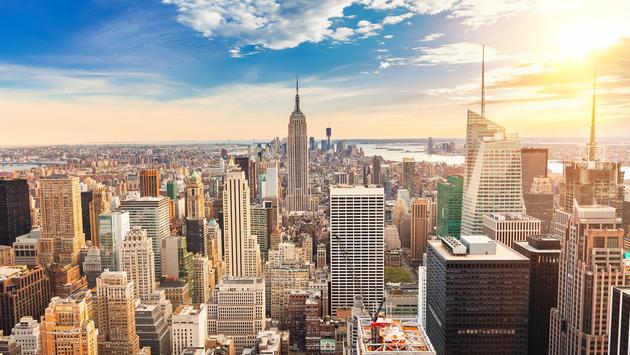 A second panel focused on New York and speakers were concerned about the outlook. Marcus Samuelsson, a celebrity chef and owner of the Red Rooster restaurant in Harlem among many others said, “this is a catastrophic situation, 100 times worse than 9/11.” He said that over 15,000 restaurants have closed with more threatened. And, he said, “as restaurants go, so go neighborhoods.”

Tim Tompkins, president of the Times Square Alliance, said the famed neighborhood is in dire straits with theaters closed and quality of life issues surging, like homeless people asleep in front of the “Good Morning America” TV show storefront broadcast studio. He said GMA is “our advertisement to the rest of the world. ““The whole user experience,” said Tompkins,” has to be part of the solution.”

Tompkins said that NYC & Co. has a plan, but it needs support. He said that of 10 major cities sin the U.S., New York is one of two that doesn’t have dedicated funding for promotion – like a portion of hotel taxes. He said New York spends $4.50 per capita on tourism promotion while Denver spends $40.

There were some bright notes. Alexandra Dagg, senior policy director for the northeast and Canada for Airbnb, said there has been a recent slight uptick in bookings in the city after months of growth in remote and rural areas. She said the company is doing things like partnerships with Broadway artists to perform online as a way of promoting the city and creating economy opportunity for performers. She said one option might to convince people to come to New York for longer stays – working from their rental apartments or hotels.

Samuelson said that he is “extremely disappointed in the leadership of the city” because of policies like not allowing indoor dining (it has just been announced that limited indoor dining will begin Sept. 30.). He said the “engine and soul” of the city is small business “and we have to get it back.”