Home » Destinations » What's on tap on the Riviera Nayarit in 2022 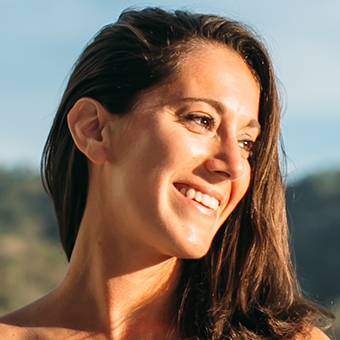 Mexico’s Riviera Nayarit has been stirring up chatter in the past few years with the anticipation (and opening) of fabulous luxury hotels along its northern coast. Add to that investments in mainstay destinations like Punta Mita, and the entire 192-mile coastline is revving up for an exciting travel season in the fall and winter 2022.

With multiple hotel investments in the pipeline, the enhancement of the Tepic Airport, improved ground connection and new attractions, Riviera Nayarit’ 23 beach towns are ever-evolving and keeping pace with the increased interest in the area.

The majority of travelers visiting Riviera Nayarit are flying into Puerto Vallarta’s international airport. However, Nayarit’s main airport, Tepic, is preparing for an increase in arrivals. Currently in the works are the expansion of its main terminal, extended runway, a new control tower and upgrades within the terminal.

Tepic Airport is just an hour from the northern beach towns of Riviera Nayarit. Access via the airport will drastically improve the ability for U.S. travelers to explore this untapped coastline.

More than $5 billion has been invested into the hotel scene of Riviera Nayarit in the past few years. Last fall, the 324-room Conrad Punta de Mita opened its doors, followed closely by the One&Only Mandarina, which debuted its 104 villas and 54 private homes at the end of 2020.

Also next year, Auberge Resorts Collection will open the 59-suite Susurros del Corazon, followed closely by a Fairmont and Ritz-Carlton Reserve in the master planned community of Costa Canuva, which has been in the works since 2016.

Still to come is VidantaWorld, the 830-acre entertainment destination just north of Puerto Vallarta, which has been in the works for years. The first phase will open in 2022, featuring a “fire village” in the jungle with themed attractions, rides and experiential dining. Later phases will include a waterpark as well as a Cirque du Soleil Zone with a theater for nightly shows.

Intrepid travelers have been venturing up the coast of Riviera Nayarit past the thriving bohemian town of Sayulita for a long time. They usually go to towns like Guayabitos or Chacala — sleepy beach towns with palapa beachfront restaurants, small hotels and a vibe that puts travelers deep into “disconnect mode.”

But heading up the coast even farther, travelers reach the town of San Blas and one of the most anticipated new attractions in Riviera Nayarit. These are the Islas Marias, located about 60 miles off the coast. The archipelago consists of four islands (one of which was a prison until 2019). Since the prison closed, the facility has been renovated to become an education center in biodiversity.

The islands were declared a Natural Protected Area in 2005 and later a Unesco Biosphere Preserve. Excursions are in development, which will depart from San Blas and will last about three hours.

Visitors can also expect to see improvements and developments in infrastructure throughout the state. Two major highways are in development, the first from the capital Tepic to Compostela and the other from Las Varas to Puerto Vallarta. The highways will reduce the travel time from the upcoming Costa Canuva to Bay of Banderas.