For the past 10 years, I have chased up and down mountains in wind, rain, snow and sun. Walking, rock-climbing, swimming and camping: a trip into the hills is always intense, visceral and life-affirming. I love meeting the elements and discovering what the mountain has to offer on any given day. Nan Shepherd’s seminal book on the Cairngorms, The Living Mountain, opened my eyes to the many ways of perceiving a mountain.

In picking these books, I’ve steered away from the macho-mountain trend (not all hill-goers are male daredevils pitting themselves against nature). These stories of joy, wonder, fear and wisdom go some way towards filling the current void. Their voices lead me back into the remote high lands.

Space Below My Feet by Gwen Moffat 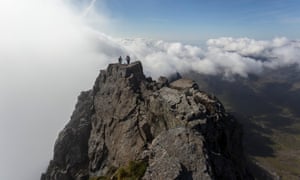 Britain’s first female mountain guide, Moffat discovered the “free and splendid world of mountains and mountain climbing” in 1946, then deserted her post as a driver in the army and committed to a new way of life. Her spartan existence in postwar Britain included sleeping under hedges and washing in freezing tarns (activities that might now be re-branded wild camping and wild swimming). From Cornwall to north Wales, Langdale to Skye, these pages circle through landscapes that will be lovingly familiar to outdoors enthusiasts across the UK. Moffat pads barefoot up steep rock faces, teeters along icy edges, sleeps on frozen hay and picks watercress from clifftops. In crisp prose, this memoir describes many strange and delightful moments from a free-spirited lifestyle.

Mountaineering in Scotland by WH Murray 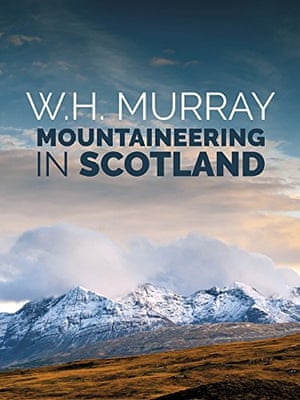 Famously written on sheets of toilet paper in prisoner of war camps across Europe, Murray had almost completed the first manuscript of Mountaineering in Scotland when the Gestapo found his precious sheets and destroyed the text. With the tenacity of a true mountaineer, Murray refused to be deterred: he rewrote the entire book; later stating that the Gestapo had done him a favour by forcing him to produce a much-improved second draft. Winter sunrise, moonlit nights and endless midsummer days … Murray captures the startling movements of light and weather in the mountains of Glen Coe, Ben Nevis and Skye. Struggling through snow and ice, delighting in the technical interest of rock climbs and looking out to dazzling views across land, sea and hills, Murray’s book will appeal to anyone who loves the Highlands.

The Snow Leopard by Peter Matthiessen 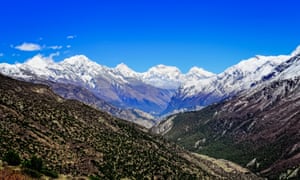 For mystics craving revelation, Matthiessen’s quest is a gift. The Snow Leopard hails from the 1970s counter-culture era when spiritual seekers sought to dissolve the ego and achieve oneness. While many experimented with hallucinogenics, Jung and eastern philosophy, Matthiessen travelled to the Crystal mountain in the remote Dolpo region of the Nepalese Himalayas. Gentle, reflective journal entries recount his path towards enlightenment. Sights, sounds, people and nature are observed with a gentle curiosity; hopes and frustrations unfold alongside his desire to experience “the infinite in every moment”. Walking with Matthiessen through Nepalese villages, high mountain passes and Buddhist monasteries is a privilege. Snow falls and prayer flags flutter as he journeys on, hoping for a glimpse of the near-mythic snow leopard.

A Croft in the Hills by Katharine Stewart 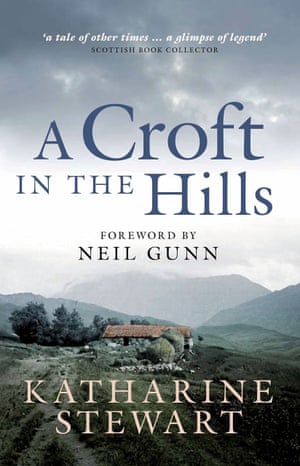 Perched atop the steep banks over Loch Ness is Abriachan, a scattered hilltop community with a rich crofting heritage. From hill fires to haymaking, calving to ceilidhs, Stewart brings this remote neighbourhood to life. Her portrait of 1960s crofting is not a romanticised image of escape and rural idyll: a precarious existence lived “near to the bones of things” is described in simple, sharp prose. Among the snowdrifts, troublesome goats and interminable turnip drills, intimate relationships develop between people, animals and land. This is a tale of hardship and adversity faced with steady pragmatism, kindness and curiosity. “You foresaw the worst and so were quietly thankful for the best”: Stewart’s grounded hill wisdom is an earthy tonic for challenging times.

No Map Could Show Them by Helen Mort 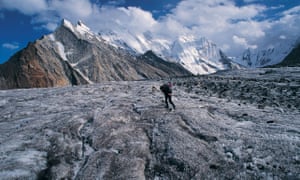 Interest in women’s mountaineering has surged in recent years, and yet when I go to the bookshops, still I find shelves dominated by men’s stories. Helen Mort’s radical book redraws the map, bringing the forgotten narratives of remarkable mountain women to light. From a crinoline-clad Jemima Morrell crossing the Swiss Alps in 1863 to Alison Hargreaves on K2, this evocative collection also includes vivid descriptions of Mort’s own climbing and running across the UK. With exquisite rhythm and heart-stopping imagery, this book helps you to discover that mountains exist in unexpected places. “You zip your jacket up / And nobody notices you are a mountain.”

Mountains of the Mind by Robert Macfarlane 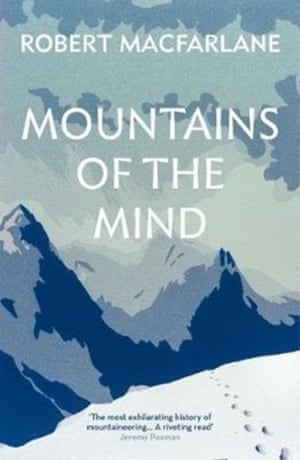 Why are we so obsessed with climbing mountains? Just three centuries ago, mountains and wild landscapes were revered but not seen as something to be conquered; now, each year, more than 350,000 people flock to the summit of Snowdon. Macfarlane’s modern classic charts the cultural revolution in our attitude to high places. The route from sacred to awesome challenge is related through a colourful cast of mountaineers who have pushed into extreme terrain over the past few centuries. While the scientists, explorers, poets and climbers may set out with different goals, their mindset is broadly similar: from Coleridge to Mallory, each character is driven by a blend of curiosity, compulsion and the ability to tolerate extreme suffering. For keen hill-goers, this book is deeply reassuring. Since Macfarlane suggests that the imagination is key to being a mountaineer, then I can now count all my time indoors reading, dreaming and obsessing as legitimate mountain activity.

A Short Walk in the Hindu Kush by Eric Newby 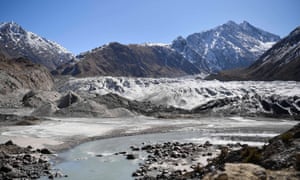 Like no other mountaineering book, Newby’s begins with a London fashion show. Frantically preparing the 1956 Spring Collection, Newby is struggling with an obstinate dress when he decides enough is enough and sends a fateful telegram to his friend, Hugh Carless. From here the book lurches from one misadventure to another as the hapless Englishmen travel to Nuristan, Afghanistan, to climb previously unconquered peaks. Sweating their way up steep roads and desolate gorges, past thundering torrents and mulberry trees, their story is narrated with a humour and modesty that will make you laugh aloud. However, the comedy does not disguise the fact that they were travelling through dangerous territory. One night, Newby awakes to see men in dark cloaks riding past, silently. The next day they find the body of a traveller whose skull had been smashed in with a rock. Vultures circle: Carless and Newby moved on, swiftly. Nuristan has since been the scene of intense guerrilla warfare and Taliban insurgency. This is a rare glimpse into a region that is now very much off-limits.

The White Spider by Heinrich Harrer 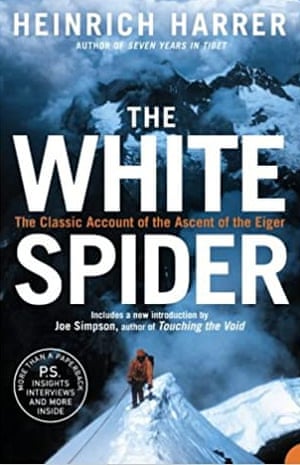 Not one for the faint-hearted. The action of this book takes place on the fearsome North Face of the Eiger. Avalanches, rockfall and brutal storms abound in Harrer’s record of a significant period of mountaineering history. From 1935-1958, personal ambitions and national rivalries funnelled climbers from across Europe to take up ropes, crampons and ice axes in pursuit of a glorious new conquest: the first ascent of the North Face. Teamwork, competition, tactical retreats, heroic rescues and desperate tragedies unfold on this unforgiving, icy face. The White Spider takes readers to a place where few can follow. Harrer illuminates the profound lessons that are learned on the severe edges of our world.

A Herd of Red Deer by Frank Fraser Darling 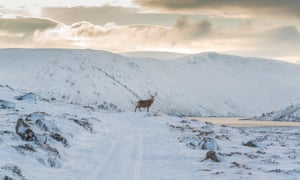 Frank Fraser Darling’s study transports you to the Scottish Highlands where, for two years, he followed a herd of red deer (in the remote north-west), observing how they live, eat, mate, socialise, raise young and respond to the environment. Darling is no detached observer: he seeks to build an intimacy with the deer and their habitat, spending hours in silence, emptying his mind and walking barefoot to raise the threshold of his awareness. I love the vivid descriptions of deer on the hill and the incredible insights gleaned through Darling’s meticulous attention to his subject. This pioneering study was published in 1937, when studying animals in their natural environment was considered “unscientific”. Through Darling’s words I see a little more of the “total” mountain: as a complex, social ecosystem. 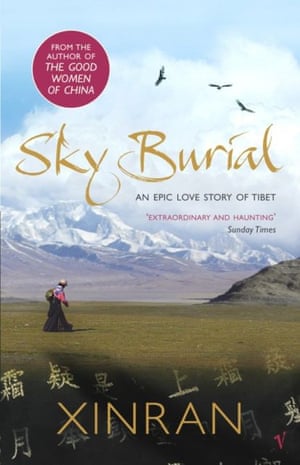 When Shu Wen’s husband disappeared in Tibet, the young Chinese doctor set out on an epic journey into wild, unknown lands to find him. This extraordinary true story spans vast distances of space and time. Wen’s journey begins in 1958, during the tumultuous years of the Chinese “liberation” of Tibet. Early in her search for answers, Wen is attacked by resistance fighters and rescued by a nomadic family. For 30 years she lives on the high plateau with Buddhist nomads. Cut off from the world, she slowly adapts to their way of life. Years pass, Wen ages, her skin darkens and her old identity fades, but still she clings to her husband’s tattered photograph. Finally, Wen travels to the holy mountains, where she finds beautiful and devastating answers. War, peace, love, loss and reconciliation: this is a haunting book of immense power.