I grew up in Montreal – and London owns a big piece of my heart – but my home is Barcelona, where I’ve lived for 20 years. Spain is a varied country, in its landscapes, languages, culture and cuisine, but in compiling this list I became aware that so much of its literature comes from Madrid and the north of the country. Perhaps it’s too hot down south for novel writing? The list is personal and not at all definitive, and in a few cases dictated by what’s available in translation. But each of these books will transport you to a time and place in this fractious, variegated, infuriating but endlessly lovable country. 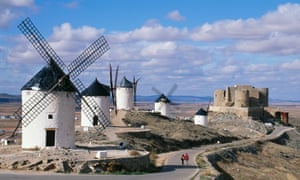 Social commentary, comic novel, tragedy: Cervantes’ masterpiece has been called many things, and 400 years on is still pertinent about the human condition. Quixote is a minor noble, an hidalgo, literally the son of a something. It’s a status that resonates in modern Spain where enchufe (being connected) is still what really counts. Quixote reinvents himself as a chivalrous knight and, in what could be seen as the original road movie, has a series of misadventures as he travels across La Mancha, a landscape that seems little changed today. There are even some windmills left. Both the book and the land feel indelibly, timelessly Spanish.

The City of Marvels by Eduardo Mendoza 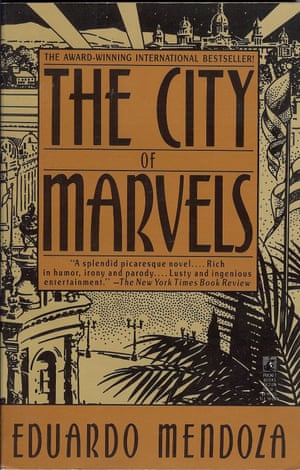 This book expertly captures Barcelona at the turn of the 20th century, as it transformed itself from a mediaeval warren into a booming, modern city. There are echoes of Quixote in Onofre Bouvila, the central character, but the days of knights errant are over; Bouvila is a chancer and a hustler who graduates from being a gangster to become a property speculator. He then has a failed career as a Barcelona version of a Hollywood mogul. Mendoza conjures the mercantile spirit of the city, where hustlers and arrivistes perpetually collide with old money and entrenched power. 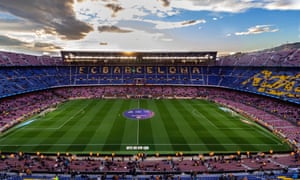 Vázquez Montalbán and his gourmand detective, Pepe Carvalho, chronicle the seedy side of 1980s Barcelona while at the same time taking a caustic look at the machinations of the Catalan bourgeoisie, the so-called bones families. Originally titled The Centre Forward Was Murdered at Dusk, Carvalho is called on to investigate death threats made against FC Barcelona’s latest English signing. There are several Pepe Carvalho novels but I chose this one because I happened to be at a Barça match the day Montalbán died and there was a minute’s silence before kick-off. It’s not every day football salutes a writer. Andrea Camilleri named his Sicilian detective Inspector Montalbano in honour of Montalbán and Carvalho. 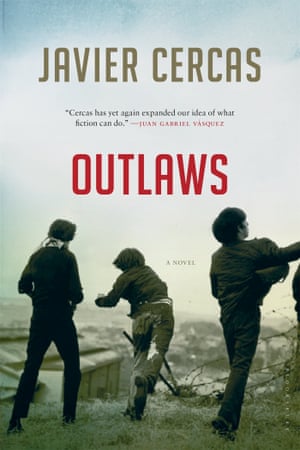 Outlaws is set in the late 1970s, when Spain was in transition from dictatorship to democracy, depicted through the activities of a group of young quinquis (delinquents) in a shanty town in Girona. They, like Cercas himself, are among the hundreds of thousands of Spaniards who moved from the poor west and south to Madrid and the industrialised northern cities. Based loosely on the true story of El Vaquilla, a quinqui who became something of a celebrity in the 1980s, the protagonists are three young Spaniards, shunned by mainstream society, living precarious lives defined by drugs, petty crime and prison.

The Baztán Trilogy by Dolores Redondo 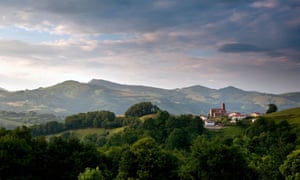 Redondo’s lean narrative style sets the pace for these thrillers based in rural Navarra. In a departure from the detective as hard-boiled male loner, Inspector Amaia Salazar is a married woman with a mentally-ill mother, who may indeed be a witch. Salazar is called back to the village she grew up in to investigate the apparently ritual murder of a teenage girl. Redondo evokes the gloomy, sodden beauty of the Baztán valley, a corner of north-east Spain with a long association with witchcraft and the dark arts.

In Diamond Square by Mercè Rodoreda 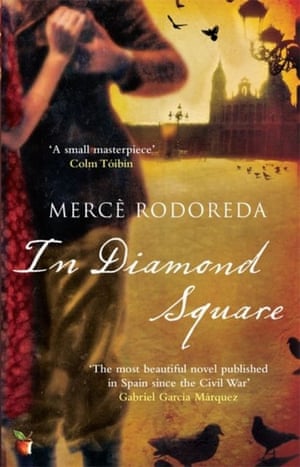 One of Gabriel García Márquez’s favourite books, this is also the most successful novel written in Catalan. Rodoreda relates the struggles of Natàlia, better known as La Colometa, a young working-class woman, during and after the civil war, although none of the historical events is specifically named. Narrated in the first person, it is a departure from the more heroic accounts of the war. La Colometa’s struggle is with poverty, with a husband whose passion is breeding pigeons, and with trying to feed her children while working as a cleaner. It is, above all, about the human spirit and the ability to overcome adversity. 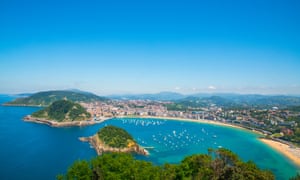 If a better Spanish novel than Homeland has appeared in the past 10 years, I’d like to hear about it. Set in a fictitious village near San Sebastián, it’s the story of two families and, above all, two women: one whose son is serving a long jail sentence for a killing he carried out as a member of the Basque terror group Eta, and the other whose husband was murdered by the group. It is a story of personal and tribal loyalty, of oppression by the state and by Eta, and ultimately of people trapped in a story from which they can’t escape. And yet, in spite of that and the constant rain, it is an uplifting tale, beautifully crafted and full of feeling.

A Heart so White by Javier Marías 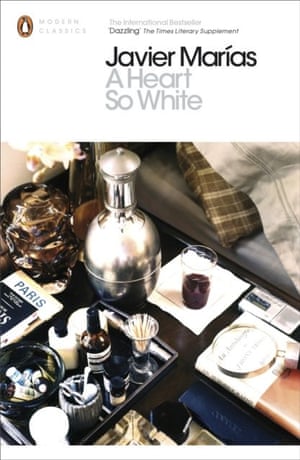 Sometimes cited as Spain’s greatest living writer, Marías’s A Heart so White begins with a shocking suicide but, while it uses some of the devices of a thriller, its themes are marriage and betrayal, while the narrator discovers things he’d rather not have known about his father’s past. The stylised and parenthetical writing can be tiring and sometimes irritating but the story is gripping and readers should persevere through some of the slower passages. Juan, the narrator, is a UN interpreter and, inevitably, the book has much to say about the nuances of language. 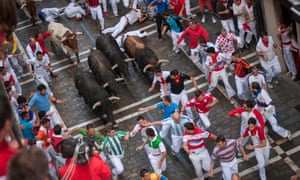 For better or worse, Hemingway probably shaped the English-speaking world’s idea of Spain more than any other 20th-century writer. The macho culture, the blood and dust of the bullring and the civil war all appealed to his idea of manliness. However, Jake, the central character of The Sun Also Rises, is sexually impotent, and his manliness is defined by his work ethic. This is in contrast to his wealthy companions of the “lost generation” for whom the running of the bulls in Pamplona is, like Paris, just another backdrop on which to project their ennui. Thanks largely to Hemingway, every July thousands of young American men travel to Pamplona for the festival, with much the same idea of Spain as a land of wine and blood, though perhaps their own version of ennui. 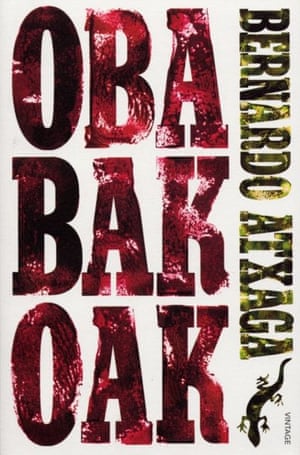 Originally written in Euskera – the Basque language – and a huge success in Spanish, Obabakoak is a series of stories narrated by the inhabitants of Obaba, a Basque village. A geography teacher discovers that a series of life-changing letters from a young woman in Hamburg were in fact written by his father; a tattered and barely legible manuscript written by a priest tells the story of an unloved, illegitimate boy who went missing in the woods and returned to haunt the village as a pure white boar. Atxaga’s writing is intimate and there is always a touch of humour, even as the tales shade into darkness.