My wife and I were driving to Covadonga lakes in the Picos de Europa national park up a narrow mountain road in heavy rain. We stopped halfway, seeing a sign for a footpath to the lakes. Over a hill and after 40 minutes we came to a vast and beautiful hidden valley. In this natural bowl, horses, cows, sheep and goats were wandering, bells tinkling, a stream snaking through and a waterfall cascading down the far side of the valley. Behind us were snow-capped mountains. It was a scene of such Tolkien beauty that I half expected to see an elven princess on a unicorn. All of it empty and just for us.
Colin Beesley

Readers’ tips: send a tip for a chance to win a £200 voucher for a Canopy & Stars stay

Every week we ask our readers for recommendations from their travels. A selection of tips will be featured online and may appear in print. To enter the latest competition visit the readers’ tips homepage 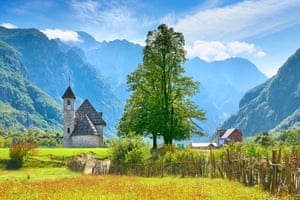 Everything we ate bar one ingredient came from the valley we were sitting in – with the exception coming from the next valley. Spires of rock soared behind us to the cloudless sky and pristine water gurgled below us. We climbed on a winding path above the treeline and down to wide, stone-strewn river channels that showed the power of the ice melt in spring. There was no tarmac road so very few vehicles. Just nature, like an extant Eden. This is the village of Thethi in northern Albania.
Andy Clark 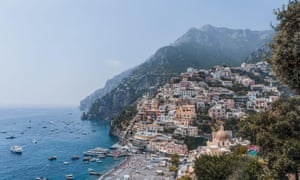 The hike from Positano to the top of Molare, the highest point on the Amalfi peninsula at 1,444 metres, is one of the best I’ve done in 30 years of walking. The views take in Vesuvius, the Bay of Naples and Capri, and you can even make out Pompeii if you know where to look. On a June day I met nobody, despite this being one of the most-visited areas in Italy.
Garrett Dundon 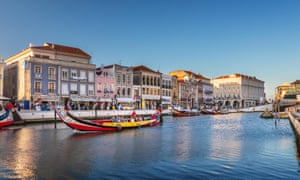 Looking for a cheaper and less crowded break than Venice but with a similar vibe? Aveiro, south of Porto, has lots of pretty canals, colourful houses, hand-painted gondolas and lovely pensões to stay in, plus cafes in the old town where you can eat and drink without worrying about the cost. Make sure you try the seafood stew at tucked-away Maré-Cheia – order for one and eat for two, as there seems to be a whole sea in their huge hand-painted bowls. From Porto it is only 35 minutes by train.
Peter Riley 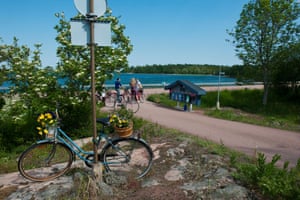 This Swedish-speaking autonomous region of Finland is a beautiful archipelago between the two countries. Fasta Åland, the main island, can be easily explored by cycling the network of quiet countryside roads (bikes can be hired, even with a buggy for your luggage). Stop off for dips at lakes and beaches, or sample produce from the famous apple orchards. Take in the red-and-white wooden houses, local dishes (especially the Åland pancake served with plum jam) and wildlife (including elk). You can fly there but it’s more fun to take a ferry from Sweden (Stockholm) or Finland (Turku or Helsinki).
Fran 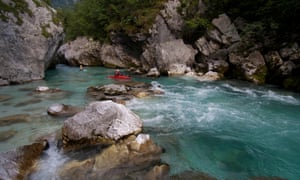 Bovec is a wonderful small town that’s a base for a host of outdoor activities, including climbing Mount Kanin, cycling in the Soča valley and white-water rafting down the Soča River. The journey from Ljubljana involves a hair-raising trip up (and then back down) the 1,611-metre Vršič Pass. The town itself has enough restaurants and bars (including the Thirsty River microbrewery) to keep you occupied in the evenings after days of exertion. We stayed at Mrakic apartments, with charming host Vasja providing breakfast plus tips and guidance on where to go.
Thom Piddock 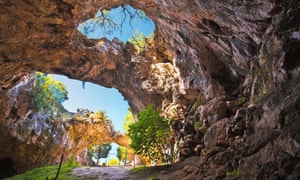 Hidden above the pretty harbour of Vela Luka, on the island of Korčula on the Dalmatian coast, is an archeological site that dates back to the stone age. Climb 130 metres up Pinski Rat hill to Vela Spila cave. Step inside and be swallowed up by its magnificent 40-metre-wide oval cavern, where excavations have discovered human activity dating back almost 25,000 years. Head up to the mouth of the cave at sunset to soak up the colourful panoramic views back across the harbour and the sparkling waters of the Adriatic and islands beyond.
Su Oinn 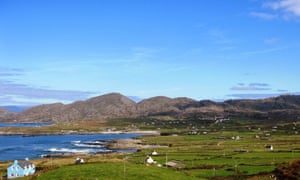 A sharp bend in the road and suddenly you are looking down at a breathtaking vista of the Atlantic Ocean beyond a sweeping bay fringed with mountains. Tiny multicoloured houses nestle in the centre of the view. This is Allihies, my mother-in-law’s village on the Beara peninsula, in the south-west corner of Ireland. The Beara Way hiking trail skirts the village but there are spectacular coastal walks along the smaller roads, too. In the hills behind the village, tracks lead to the ruins of copper mines. Watch dolphins, gannets, choughs and feral goats, and in the evenings listen to music in one of the three pubs. You’ll soon be talking to my friendly in-laws.
Janet 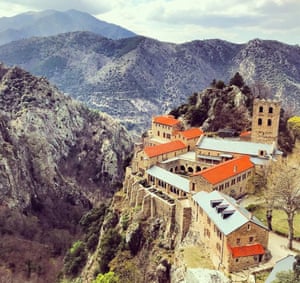 It takes an hour to hike up Canigó mountain, and when you reach the point overlooking the monastery, you are surrounded by peaks as far as the eye can see. Everything is silent and peaceful and the only sound you can hear is birdsong – it’s an absolutely beautiful place. The monks are incredibly welcoming – and some of the most chilled people I have ever met!
• Entry €4-€6, stmartinducanigou.org
Olivia Middleton 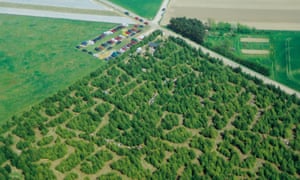 At over 60,000 square metres, Samsø Labyrinten is recognised by Guinness world records as the largest permanent maze in the world. Situated on Samsø, a 100% wind-powered island, the maze was created in 2000 by planting 50,000 fir trees, and has now grown into a haven for over 25 species of bird, as well as foxes, deer and other mammals. Clues within the maze direct you to a handful of landmarks hidden within, such as a stone circle, a pyramid and a statue of Hans Christian Andersen. Don’t worry too much about getting lost, however, as there are staff dotted around to help you.
• Entry €4-€6, samsolabyrinten.com
Hywel Matthews