The city that was lost to the outside world for 1,000 years until a Swiss explorer stumbled on it in 1812, it merits every superlative you can throw at it.

After that epic walk through the gorge – anywhere else this would be a tourist attraction in its own right – the first view of the Treasury, hewn from the pink sandstone, leaves you slack-jawed with wonder, thinking “how the heck did they do that?” “They” are the Nabatean people who built this trading powerhouse 2,000 years ago.

More than 30,000 people lived in the residential areas, though they are now largely rubble, and the other sights include the burial chambers carved into cliffs, where our knowledgeable and boundlessly enthusiastic guide Saad brings the whole place to life.

Petra is a two-hour ride on a cruise excursion coach from Aqaba via the Desert Highway – a modern road blasted through the Arabian Shield mountains and full of lumbering petrol tankers – and the King’s Highway, mentioned in the Old Testament, which is dotted with bedouin tents and piles of stacked rocks marking farmers’ territories.

There’s a comfort stop for the loo and inevitable souvenir shop, but also a fine view across Jordan from a lofty 5,600ft.

To be honest, on this Red Sea Magic itinerary from Sharm el-Sheikh on Thomson Celebration (as it was on this 2013 trip) you are going to spend a lot of time on a coach if you opt for sightseeing excursions, rather than beach and snorkelling trips. But of course it’s worth it to see Petra and the splendours built by ancient Egypt’s ruling pharaohs.

Those wonders began in dusty, crazy, traffic-choked Cairo – a two-hour bus ride from the pig ugly, scruffy industrial port of Port Sokhna – with a tour of the incredible Egyptian Museum. 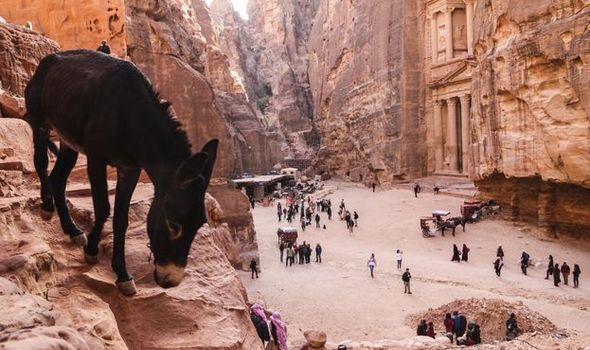 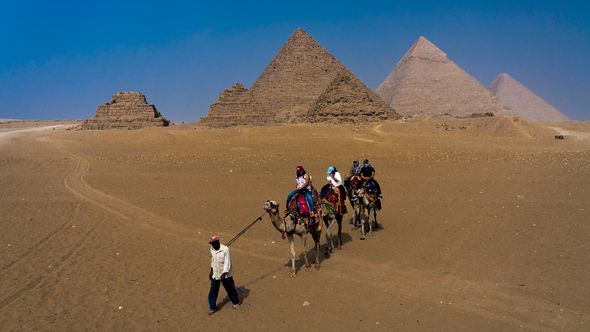 You could easily spend a day here, but with two hours allotted, our superb guide Noha maximises the sights including Tutankhamun’s death mask, coffins, chariots (even his underpants!) and assorted mummies including Ramses II.

While the museum is worth the journey alone – and getting a taster of Cairo’s chaos is a memorable eye-opener – the second part of the tour takes in the last surviving Seven Wonders of the Ancient World and possibly the most recognisable structure on the planet.

Of course, we were at the Pyramids of Giza, just outside Cairo where you can buy tickets to go inside the Pyramid of Chephren, which requires a mildly unnerving stooped downhill and uphill walk in the tight passages but it’s worth it for the experience of being 165ft under the top in the plain burial chamber.

Although it’s slightly smaller than the Great Pyramid of Cheops, its more elevated position and remaining capstone makes it seem more impressive.

Don’t miss the Sphinx close by, seemingly guarding the Pyramids from encroaching Giza.We were endlessly pestered by vendors at Egypt’s main sights of antiquity, and the Pyramids experience got particularly wearing. 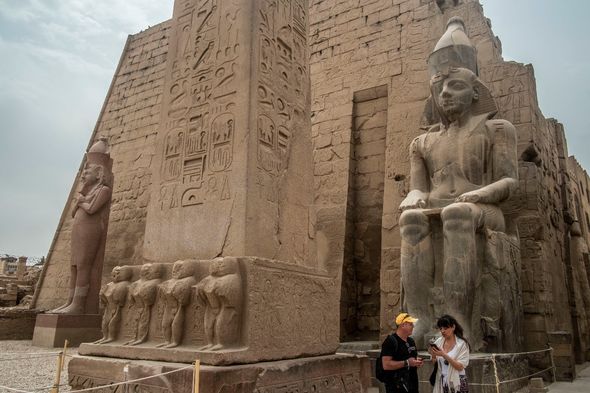 But they were rarely intimidating, some said thanks for coming on holiday to Egypt, and they’re just trying to earn a living.

Joining Celebration at Sharm’s scruffy port (Egypt apparently specialises in scruffy ports) had been a doddle and we were in our comfortable cabin less than 90 minutes after the plane landed.

Celebration may be three decades old but she’s in good nick and there’s a friendly, relaxed atmosphere and a fantastic crew.

She’s not a luxury liner but she’s a nice ship, a manageable size and the cabins are comfortable, though ours had a curious layout which meant I had to climb over the end of the sofa to get to bed.

After a pleasant meal in the Meridian restaurant, a few drinks and a natter with some fellow passengers, my wife Debbie and I conked out and never noticed when Captain John Westgarth-Pratt (his amusing and informative daily updates over the tannoy were a highlight of the cruise) got the ship under way to Aqaba.

Jordan’s only seaport is worth a brief wander to see the ruins of a Crusader fort and the world’s sixth tallest free-standing flagpole, which is 426ft high with a 98ft by 197ft flag of the Great Arab Revolt of 1916. If you fancy a coffee stop be aware, what we were given was potent enough to waken the mummy of Ramses II.

There’s plenty of decent entertainment on Celebration, though as we spent a lot of time on excursions we only saw one full show in the main theatre; a selection ofWest End musical numbers which was good.

As was the food. The Lido buffet and the main Meridian restaurant did a sterling job and the Mistral – which has a £19 cover charge – was excellent. I never had a bad meal in a week on board.

Off the ship, we were well fed and watered during excursions – usually a buffet lunch in a nice hotel.

On that subject, the five-star Steigenberger Nile Palace in Luxor was a fine place to stay on an overnight trip when Celebration was docked at Safaga (Scruffy? Oh yes). It eliminated two 4-hour coach rides on a day trip and offered a more relaxed tour of ancient Thebes, capital of the pharaohs’ New Kingdom.

After a beer on the hotel terrace, watching the sun set over the Nile and the Valley of the Kings, and an early dinner, the sightseeing began with a look at Luxor Temple and an underwhelming sound and light show which did not do justice to Karnak Temple, a wonder built on the scale of the gods and dating back 4,000 years in parts.

Up at dawn, we were at the Valley of the Kings by 8am to beat the heat, stopping off for a look at the Colossi of Memnon, twin 60ft seated statues of King Amenhotep III.TheValley is fiercely sunny – you’ll need a hat and sunscreen – and home to more than 60 tombs. 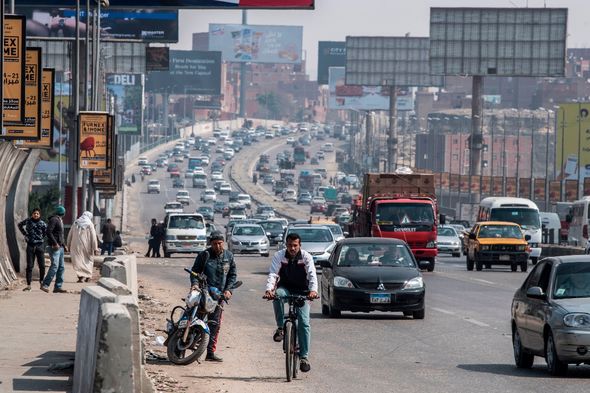 Only a few are open to the public (to prevent too much moisture from our breath damaging the hieroglyphics) and the entrance ticket with the tour gets you into three.To see two extra showstoppers will cost you another £15 but you won’t want to miss the elaborate and well-preserved hieroglyphics and centuries-old graffiti in the tomb of Ramses VI and, of course, the last resting place of boy king Tutankhamun.

It’s not spectacular, but it is the most famous one in the world after it was discovered by Howard Carter in 1922, with its fabulous riches still intact.

It’s slightly eerie looking at the mummy of Tut after you’ve seen his death mask and treasures in Cairo.

Close by, and also unmissable, is the cliffside Temple of Hatshepsut, a feisty queen who reigned for around 20 years.

Before we left the Steigenberger for the bus back to Safaga, we went for a final look at the languid Nile and the Valley of the Kings and remembered that a sunset cold beer awaited us on our last night on board the ship.

Now that calls for a Celebration…

For more information on Marella Cruises see tui.co.uk/cruise and for tourist details go to uk.visitjordan.com and egypt.travel