The Daily Star’s FREE newsletter is spectacular! Sign up today for the best stories straight to your inbox 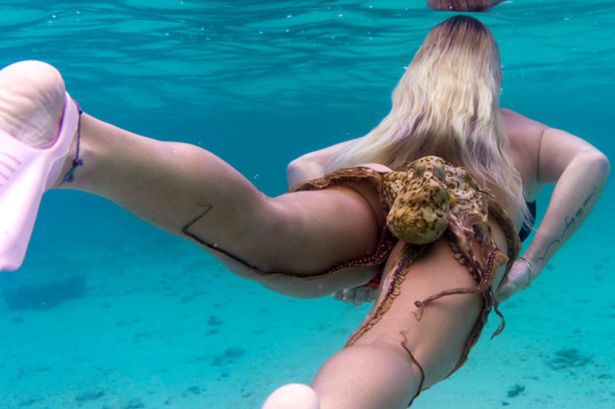 Tourists often flock to far-flung places to swim with dolphins or get up-close and personal with whales.

In fact, animal tourism is a booming industry as adventurous tourists yearn for one-in-a-lifetime encounters with wild creatures.

But this group of bikini-clad tourists got more than they bargained for while taking a dip off the coast of Hawaii. 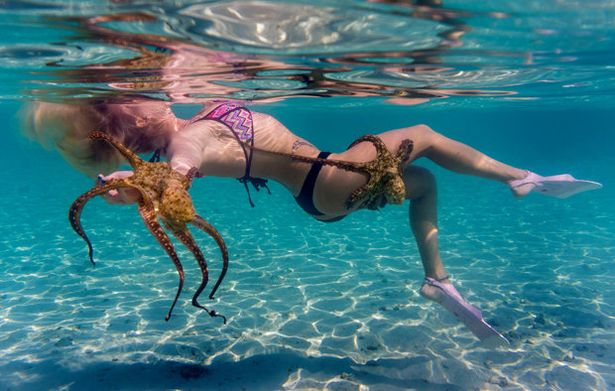 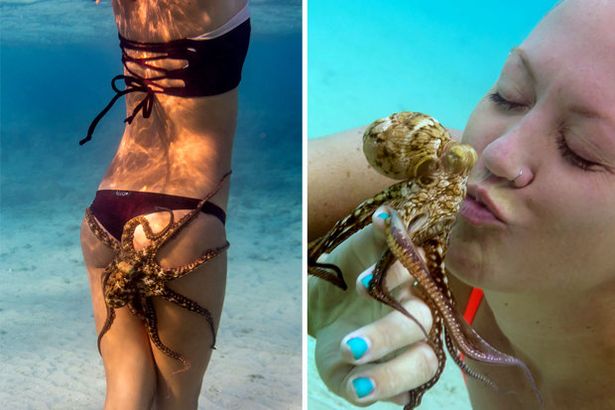 The snorkelers made friends with a huge group of octopuses while swimming in the crystal clear ocean.

Wrapping their long tentacles round the young women's bodies, the creatures hitched a ride as they glided along underwater.

The amazingly intimate encounter happened off the coast of Honolulu.

*** WATCH: The tragic story of this albino baby dolphin will break your heart *** 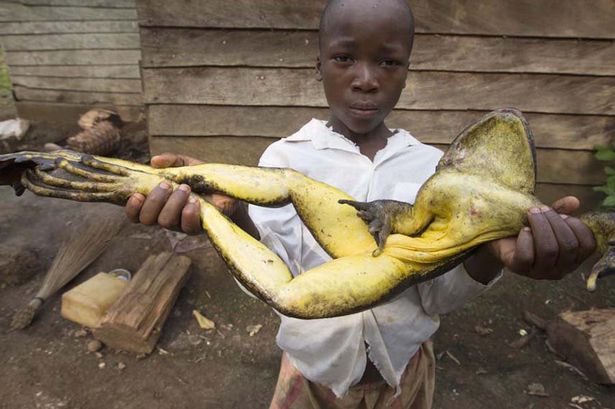 It was captured by photographer Jessica Bacerra, who regularly snorkels with her friends Kathryn Brown, Samantha Heath, Kristine Esposito, Kristina Harris in the scenic spot.

Jessica, 41, said: "We consider these brown octopuses as pets – we love them.

"I love finding them and watching them interact with people, they're brilliant.

"Octopuses will cling to anything they come into contact with. They always cling onto us, it's like they know us." 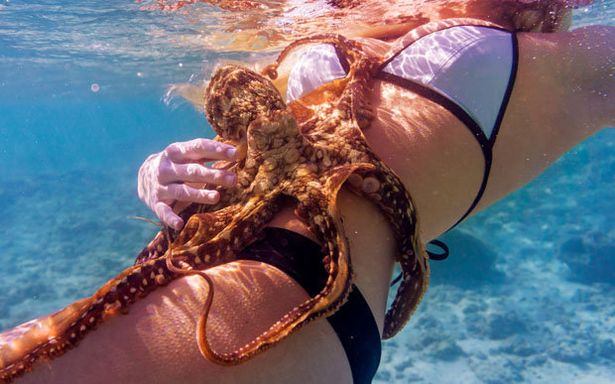 They're not the only ones who have had a close encounter with a wild sea creature.

After spending 40 hours in the sea off the coast of Sri Lanka, freediver Marianne Aventurier got the epic picture she'd been waiting for.

The 38-year-old came face-to-face with a huge pod of blue whales.

The spectacular shots were captured by friends Alex Voyer and Alex Roubaud, a duo from Paris who specialise in photographing the wonders of the deep under the name Fisheye.

Marianne said: "One of our wildest and most inaccessible dreams was to swim alongside the blue whale."

"We were lucky to find a huge group of sperm whales. They could be between one and 15 subjects divided into groups but quite close to each other.

"And the best came last – the blue whale.

"Finally, among those 40 hours in the sea, we were able to meet the eyes of the blue whale twice. Forty hours for a few seconds of meeting, but it was worth it."