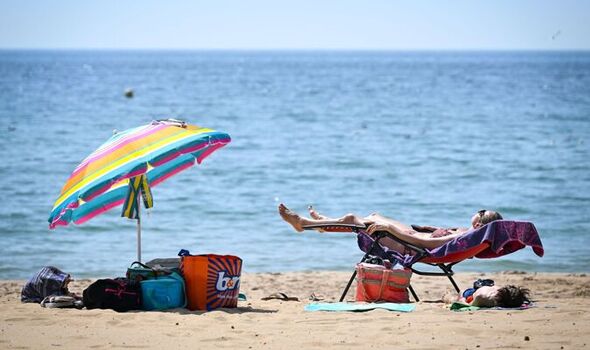 And the “fidgeter” – who will try everything on holidays including impulsive activities – will have a chaotic, but lovable personality.

Other types include the “workaholic”, who finds it difficult to relax, and the “sun-worshipping pro”, who sees their holiday as an opportunity to make the best of themselves.

Emma Tagg, spokeswoman for Hotels.com, which commissioned Judi James for her insight, said: “Sunbathing is a great way to really switch off from your daily worries and focus on relaxing.

“There are so many different types of sunbather, and I’m sure we can all relate to at least one of the personalities.

“After two years of restricted travel, Brits are finally ready to get abroad and lounge around that pool – with searches up 25 percent for July and August compared to 2021.

“Popular spots such as Spain, USA, France, and Italy remain the most searched-for this summer – however, we found that Turkey is rocketing in popularity, with searches up 260 percent compared to last year.”

The hotel brand also ran a study of 2,000 adults who go abroad – which found 45 percent think they look immeasurably better with a tan. 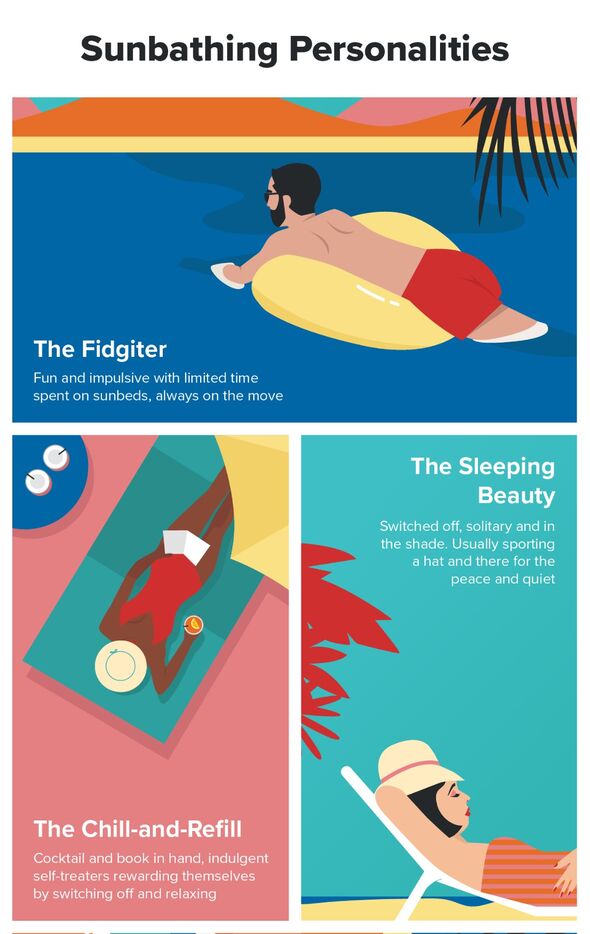 There are so many different types of sunbather, and I’m sure we can all relate to at least one of the personalities

It emerged the average person is spending more than two hours a day sunbathing while they are on holiday – with more than half (56 percent) considering it important to come back from a trip away with a sun-kissed glow.

And eight in ten think basking in the sun on holiday, or lounging around the pool, is a great way to relax and escape reality.

Two-thirds (67 percent) are the “chill and refill” type, considering it important to have a conveniently placed bar in the hotel, supplying drinks as and when they need them.

And a further six in ten like falling asleep while sunbathing, matching the “sleeping beauty” type.

But 64 percent come back from their holiday with a tan without putting much effort in – causing jealousy among the “sun worshipping pro” types.

The top sunbathing essentials include sun-cream and a bottle of cold water – although the more seasoned bathers also love to bring a pillow along with them (17 percent). 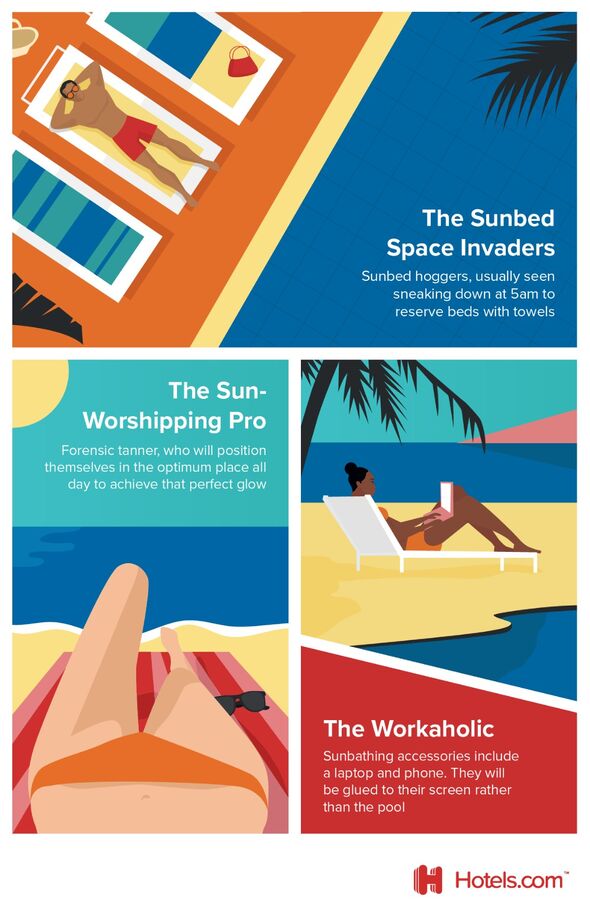 And the top sunbathing set-ups include quietness, an epic view and a good amount of shade.

On the flipside, things that are most annoying to sun worshippers include other people getting drunk and rowdy, loud music, and sunbed hoggers.

But as many as four in ten admit to being a “sunbed space invader”, having reserved a sunbed with their towel before – even though 84 percent find this annoying.

And seven in ten polled, via OnePoll, admit they would like to be paid to lounge around in the sun all day – with 22 percent saying their dream job would be a professional sunbed tester.

Emma Tagg added: “It’s no surprise to see so many people dream of being paid to sunbathe, as it would be the most relaxing job.”

Hotels.com is opening up a “Sun-lounger” position, where you will be given £15,000 to travel around Europe’s hotspots to seek out the best, and most unique, lounging set ups.

To find out more about the role, visit here.