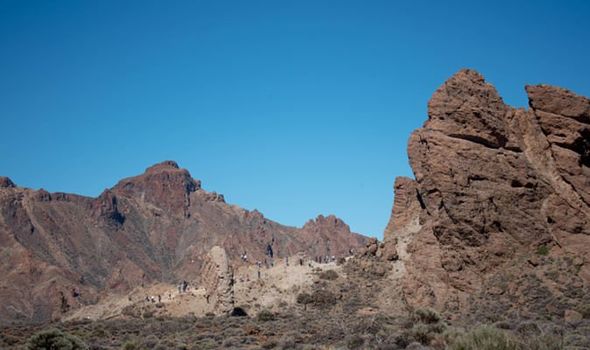 The largest of the islands, Tenerife is the most popular with British visitors. It has the most unmistakeable silhouette in the form of El Teide, which rises a stonking 12,198ft from the sea and is the highest mountain in Spain.

Of all the islands,Tenerife is the best adapted to big-number tourism, with its main golden beaches and most popular resorts (Los Cristianos and Playa de las Americas) on the sunnier southern corner, close to the main airport. More sophisticated and palatial hotels are around the corner on the west coast, with black volcanic sand up by the cliffs of Los Gigantes.

The island has something for everyone, from theme parks in the south to remote hiking trails on the northeastern corner to El Caleton’s lava rock pools but it does feel crowded at times. For Tenerife culture, the heritage destinations are up on the northern coast around Puerto de la Cruz. Puerto is a gentrified resort with lots of shopping and eating in pleasant pedestrianised streets, but it has no beaches and is often overcast.

Santa Cruz, the island capital on the north east coast, is unexceptional, except when it goes carnival-crazy in February.

Don’t miss: Head up to El Teide, winding up through belts of cloud-shrouded pines and into the huge crater of the extinct volcano. Up here the air is so clean it almost squeaks. Alternatively, for a completely different side of Tenerife, seek out the 800-year-old dragon tree in Icod. Sit in the back patio of Casa del Drago and sip a dragon’s blood liqueur, made with tree sap. 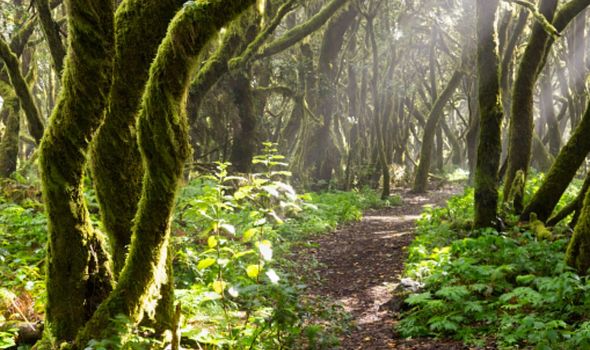 Most visitors come to this steep, lemon-squeezer shaped island for the hiking in the mossy and ancient laurel woodland, woven with diligently-waymarked paths and carpeted in fragrant wildflowers.

All this is nourished by mist and cloud rolling in from the north, and from the top of Garajonay there’s a chance of seeing El Hierro, the archipelago’s seventh and least visited island.

Don’t miss: The pretty village of Agulo, on the north coast with views to Tenerife’s Mount Teide, is composed of differently-coloured houses like painted eggs in a basket, some of which are now local restaurants where the island’s signature dish, rabbit stew, is on the menu. 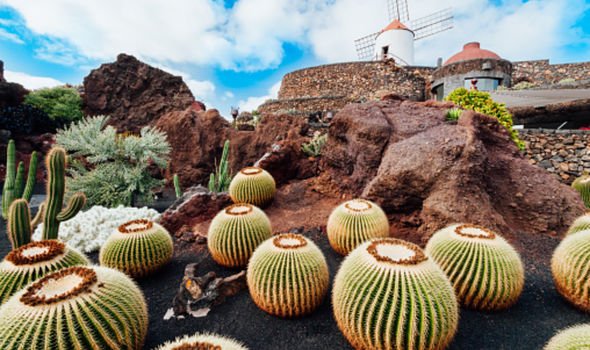 Its unusual appearance, thanks to sombre-coloured lava landscapes, makes this island an acquired taste, but Lanzarote has turned its barren Malpais into a tourist attraction and also offers a strong sideline in sporting holidays, particularly for cyclists.

The two key destinations are Puerto del Carmen, the cheerful original resort with a big beach, and Playa Blanca, the more upmarket newcomer with big brand hotels and villa complexes. In addition, there are quirky places to stay in the island’s centre, immersed in the unusual landscape.

Key features of the latter are the wine growing region of La Geria, its slopes covered with eyebrows: stone semi-circles ingeniously designed to condense the overnight dew and feed the grapes.

Then there’s the Timanfaya national park, with its rictus sea of jagged lava, where rangers demonstrate the heat that lies just below the surface.And finally, up north, is the handiwork of Cesar Manrique, the artist who saw the visitor potential of Lanzarote’s volcanic formations, turning them into a cave labyrinth at Jameos del Agua and an island viewpoint at Mirador del Rio.

Don’t miss: On Sundays the island’s sleepy original capital, Teguise, hosts a big street market, great for live music and food with lots of little local restaurants in the side streets. 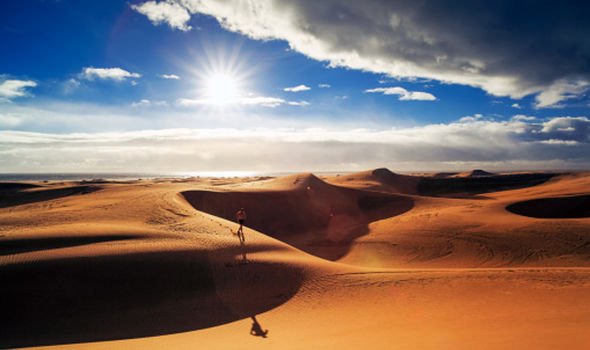 Often described as a continent in miniature, because of its mountains, forests, beaches, and urban development, Gran Canaria is also a bridge between Europe and the Americas, with a proper deep sea port, strong Christopher Columbus connections, and a main city, Las Palmas, which feels like a Canarian Havana.

This is the island with the best and biggest beach, Maspalomas, its extensive dunes making the most of the island’s sunniest southern shore.

Here Playa del Ingles is the veteran resort, now looking a bit tired, while Meloneras is the new more luxurious development, with a sophisticated promenade.

Inland, Gran Canaria is a place of small fertile farms in steep mountain valleys, laced with walking trails. Up in the northwestern corner you get the likes of Agaete, a small narrow-lane town in a valley filled with orange groves, with a burial ground of the original islanders, the Guanches, who were all wiped out by Spanish settlers.

Meanwhile its southern district, Triana, feels a bit like Barcelona, home to designer shops and fashionable restaurants as well as the ritual evening paseo. Cocktail bars such as Azotea de Benito are where the island’s hipsters hang out. 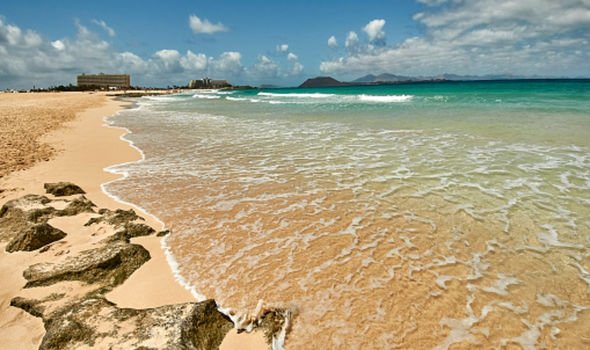 It is large, has a wide selection of beaches, and the most hours of sunshine of the Canaries but Fuerteventura, as its very name suggests, is also very windy.

That attracts numbers of surfers of all varieties, particularly at Flag Beach, a couple of miles south of the main resort of Corralejo, but if you want to sunbathe you will need to find shelter.

Inland, there’s not a lot to see except for goats ranging across russet and beige mountains.

Don’t miss: The freewheelin’, freethinkin’ west-coast village of Cotillo, with its maze of little lanes. 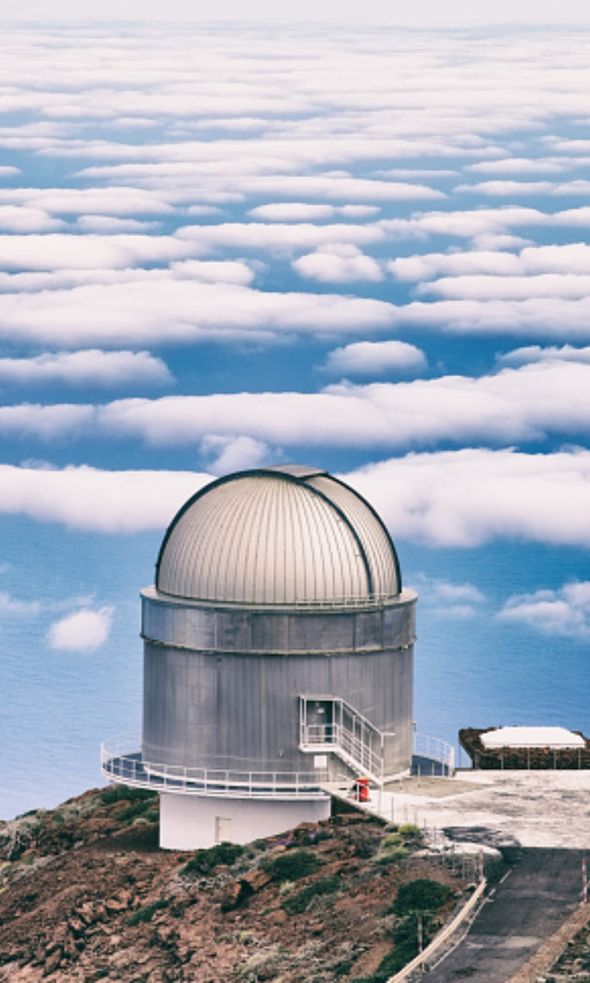 Locals call it the Isla Bonita, “the pretty island”, because of its forests and fertility. A shortage of beaches has kept mass tourism away. Instead, its main claims to fame are banana plantations, great walking trails and the European space observatories up at 7,949ft on the giant crater Caldera de Taburiente.

It is worth the long drive up to the bizarre mushroom-like buildings, but in winter the vegetation up here can be encrusted with ice.

There’s a different microclimate down inside the Caldera, where dappled sunlight filters through silent pines, threaded by long distance trails.

Don’t miss: La Palma is the setting for the Canaries’ most recent volcanic action. Here you can look down on Teneguia (erupted 1971), and then drive down through raw lava to where the lonely red-and-white Faro de Fuencaliente lighthouse stands like a barber’s pole.