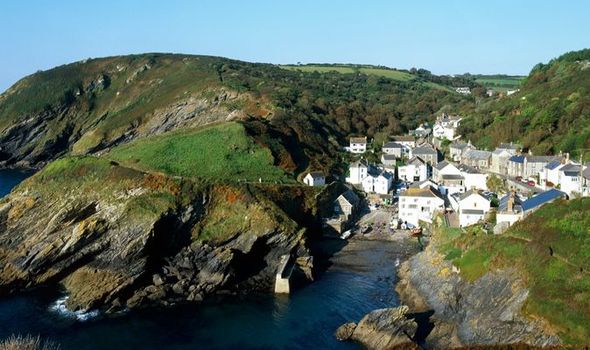 Some 14 years earlier, the village between Mevagissey and St Mawes was chosen to shoot war story Forever England starring John Mills, with the coast doubling for the Mediterranean.

In 1991 Channel 4’s The Camomile Lawn was shot in the village, and 20 years later Anna Friel, among others, visited to shoot the film Irish Jam, with Cornwall donning the hue of the Emerald Isle.

And they received probably one of its best critiques when Sir John Betjeman said of Portloe that it was: “One of the least spoiled and most impressive of Cornish fishing villages.”

It’s hard to disagree with the Poet Laureate when you wind your way down through the Roseland peninsula and come across a pristine spot where the hills open up to reveal a small, strikingly beautiful cove.

And the heart and soul of the village is the 17th-century smugglers’ inn, The Lugger Hotel, which sits snugly into the apex of the cove.

It has 24 bedrooms and three bespoke private cottages that ooze charm from every porthole.

We stayed in the one-bedroom Beach Cottage with panoramic views over the cove – it’s so close to the sea that you could almost shower yourself in the spray of the surf.

But you’d probably best leave it to the real shower with its frisbee-sized head, or for those who prefer leisurely soaks, there’s a freestanding bath in the bedroom, strategically placed to make the most of gazing out over the idyllic coastal views in the bathrobes and slippers provided. 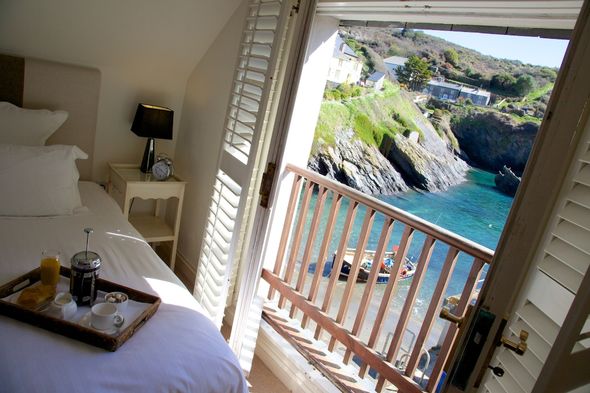 The ground floor of the cottage has a lounge with a TV, and a kitchen decorated with a nod to Cornish fishermen.

Each night during the turndown service we were left a hot chocolate sachet and marshmallow in a tall glass mug – and during the day the most delicious chocolate chunk cookies and hand-made truffles were waiting for us.There’s also Cobb Cottage, which takes up to six guests, while the Middle Cottage is for two, with a private terrace that offers the best view over the harbour. It provides a wonderful haven – especially on stormy winter days.

Watching the waves rolling in from the English Channel and crashing up against the rocks from inside our warm and snug cottage provides a magical charm of its own.The nature show unfolding a pebble’s throw away almost rendered the two tellies in the cottage redundant.

Could The Lugger get any better, we wondered? Well, yes, thanks to the two-AA Rosette restaurant on site.

That, too, wrings every last ounce out of Portloe’s views – and on the stormiest of days, I was told, the waves have been known to crash against the ground-floor kitchen windows.

With such close proximity to the salty spray,The Lugger pays homage to the fruits of the sea with the best of local fish and produce dominating the menu. 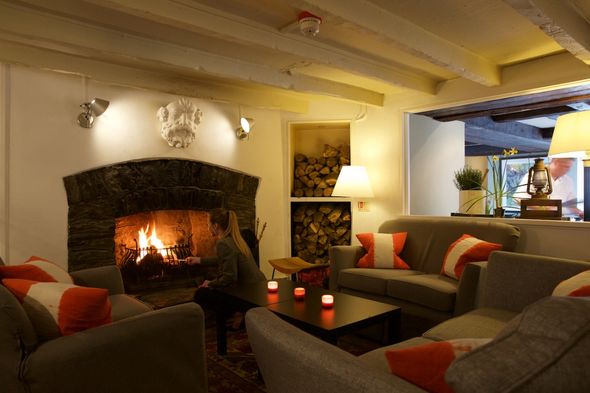 Being a long-standing pescatarian, I went for a sea bass starter and sea bream main course and was left thanking my decision to ditch the meat all those years ago – both were cooked to perfection. My carnivore partner opted for the pork main course and was delighted she didn’t join me, declaring it was one of the best pieces of pig she’d devoured in her life.

Table service, like the reception staff, is relaxed and attentive with nothing too much to ask for.

Afterwards, you can retire to the Lugger’s lounge and plant yourself on one of the large sofas next to a log fire creating a warmly cosy environment. A table-service breakfast is offered in the restaurant (or on the terrace in summer) with a selection of cereals, muesli and granola, cold meats, cheeses, pastries, fruit and natural yoghurt with berry compote, followed by cooked options.

They go above and beyond the normal morning offerings, with a full Cornish or veggie option, scrambled eggs with Scottish smoked salmon, eggs Benedict, locally caught poached haddock and grilled kipper on the menu.

The Lugger is the perfect base in which to unwind from the stresses and strains of everyday life. 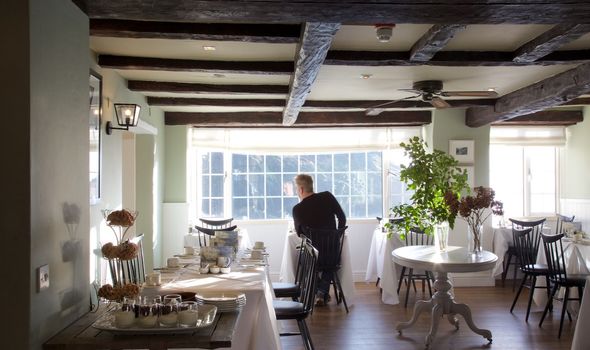 For the more active, many of Cornwall’s most popular attractions such as the Lost Gardens of Heligan and Eden Project are all within easy striking distance, as is St Mawes and the ferry across to Falmouth.

For walkers (who seem to flock to The Lugger given the sign about taking off dirty boots and wellingtons near the first-floor toilet) there’s the Cornish Coastal Footpath right on your doorstep.

We gave that a sidestep, having left the necessary footwear back at home (that was our lame excuse) preferring to be at one with nature, watching the sea crashing into the cove from the Beach Cottage.

You sense Walt Disney just might have been on to something when choosing Portloe to film Treasure Island all those years ago.The Lugger is most certainly a treasure, too.