Home » Holiday » Golf holidays: All teed up and back on course 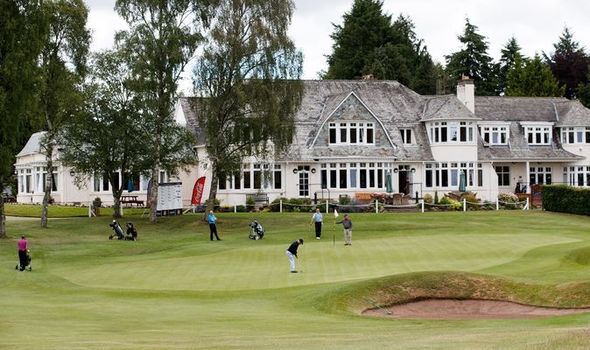 The Rosemount course at Blairgowrie GC in the heart of Perthshire is one of the finest inland 18 holes imaginable. Laid out after the FirstWorldWar by Dr Alister Mackenzie (who went on to design Cypress Point and Augusta National) and refined by five-times Open champion James Braid, the fairways meander through heather, pine and silver birch.

The Lansdowne course complements beautifully for a 36-hole day out. From £25. theblairgowriegolfclub.co.uk

Every golfing pilgrim should play St Andrews Old at least once in their life, but should also ensure that their visit to the “Home of Golf” includes a round on at least one other of the auld grey toon’s lovely courses.The New course is a challenging layout, arguably tougher than the Old, from the ordinary tees. St Andrews is also all about atmosphere.The royal burgh has a charm all its own. I defy you to not to fall in love with it. From £40. standrews.com

Ever since our geography teacher told our 3rd year class about “the only inland tidal bunker in the world” on the 8th, I’ve wanted to play Brancaster on the north Norfolk coast. It doesn’t disappoint.

The seaside course is superb fun, especially when the tide starts to rise.

All of a sudden some of the fairways and greens become islands, while the atmospheric clubhouse can be totally cut-off from the village.

Play there before global warming wreaks havoc. From £70. rwngc.org 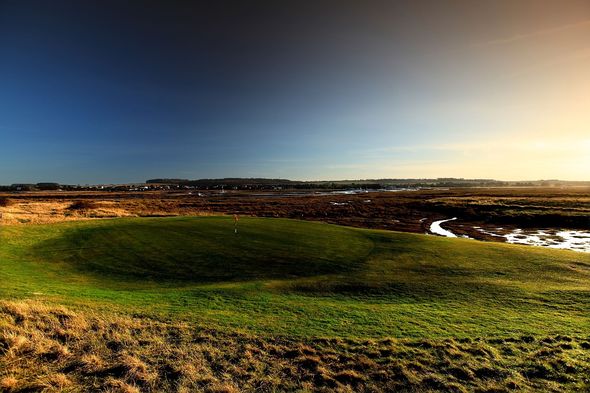 This beauty holds many memories as I’ve walked the course countless times, watching amateur greats playing in the “Lytham Trophy”, as well as each one of the Opens played here since Tony Jacklin’s win in 1969. Hidden among red-brick suburbia, it does not feel like a seaside course, until the breeze gets up.Then it can change from benign to brutal in an instant. From £150. royallytham.org

The east coast of Scotland hosts some tremendous golfing destinations that offer a variety of courses perfect for any golfing holiday. Aberdeenshire is home to a lot of great layouts; Royal Aberdeen, Murcar Links, Newmachar, all worthy of accolades.

Cruden Bay has always appealed, ever since I saw the iconic LNER posters advertising the resort and its course. Scenically the links looks stunning. One day!… From £145. crudenbaygolfclub.co.uk

The west of Scotland has a tremendous stretch of courses along 40 miles of the Ayrshire coastline. Open venues Royal Troon and Trump Turnberry grab the headlines, But Western Gailes, Glasgow Gailes, Barassie and Dundonald are also superb. My favourite is Prestwick. 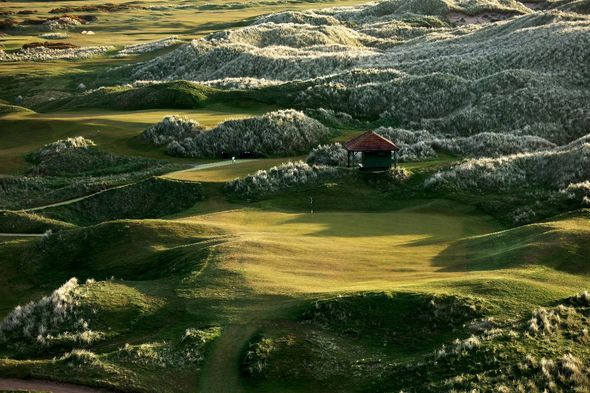 The club inaugurated The Open Championship in 1860, going on to host the event on 23 more subsequent occasions. Some regard the links here as too quirky and old-fashioned, but I just love the character of this most historic of courses. From £125. prestwickgc.co.uk

When I was a student and living in Scotland I had a conversation with Keith Mackenzie, the then Secretary at the R&A. I asked him where he suggested playing golf in London.

He replied: “There are many great courses in the capital, but the best ‘club’ is without doubt Royal Blackheath.” The South-East London club is the oldest outside Scotland, and in recent years the course has been modernised, making it worthy of its tremendous heritage. Find time to have a tour of the museum after your round. From £95. royalblackheath.com Southerness, Dumfries This lovely layout epitomises the spirit of the game played in communities across Scotland.

Founded in 1946 the club’s modern by Scottish standards, yet looks like it has been here forever.

The course, on flat ground, meanders along the Solway Firth, affording fabulous views of the Dumfries & Galloway hills, as well as the Lake District fells to the south. Holiday escape. From £40. southernessgolfclub.com

Just across the Solway Firth, on the southern, English coast resides another isolated, and often overlooked classic. Silloth, rather like Prestwick, is non-conformist in layout, with blind drives and hidden greens making this roller coaster amidst the gorse a thrilling challenge. It also boasts some of the most competitive green fee deals anywhere, with two midweek rounds, lunch & dinner available for just £87.Awesome. From £35. sillothgolfclub.co.uk

A similar great golf coast to Ayrshire is found north of Liverpool, with a series of great links built as the city suburbs expanded in the late 19th century.

It’s unfair to single out just one course, as they are all good, especially as every clubhouse is within a wedge of a railway station.

Open venue Royal Birkdale is superb, but its immediate neighbour, Hillside, is equally worth a visit.The course has a slow start, but then has one of the world’s finest back nines weaving through the dunes. From £85. hillside-golfclub.co.uk

The friendliest club on The Open rosta; you’re embraced as if you’re a member during your visit. Steeped in tradition, the club at Hoylake has not been afraid to embrace change, recently altering their already great course by building a new short hole.

The new “Rushes” will be the 17th when the Championship is next contested here.The hole measures only 134 yards, but is visually stunning, playing into the prevailing wind. Either an easy par, or a card-wrecker. From £115. royal-liverpool-golf.com

Nefyn & District, Gwynedd Golf inWales is the best value in Britain, boasting some wonderful layouts. Gwynedd has a good few, worthy of any golfing holiday, notably Royal St David’s at Harlech, and Aberdovey.

Nefyn is a must though, even if the quality of the course isn’t quite to the same standard, it is cliff-top golf at its finest. Nine holes edge out into the Irish Sea on a huge rocky outcrop above the National Trust village and beach of Porthdinllaen. 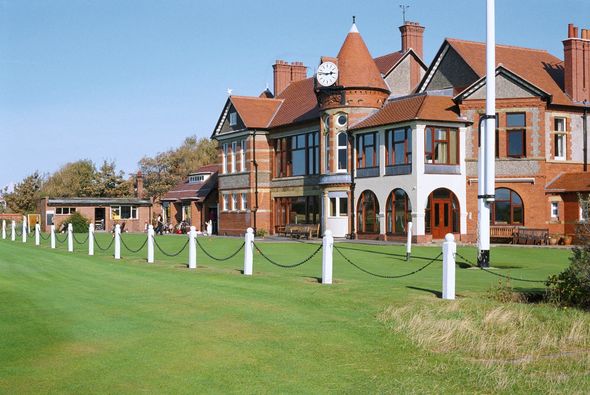 These “Point” holes also access the Ty Coch Inn – officially one of the top 10 beach bars in the world. From £26. nefyn-golf-club.co.uk

Regarded by many as theWest Country’s finest links, the Church course at St Enodoc is a testing challenge on the north Cornish coast. Poet Laureate Sir John Betjeman was an enthusiastic club member and is buried in the graveyard of the 11th century St Enodoc church beside the 10th.

Look out for his poem “Seaside Golf” in the clubhouse, but also the later parody: “How low it flew, how left it flew, It hit the dry-stone wall/ And plunging, disappeared from view/ A shining brand new ball…” From £95. st-enodoc.co.uk

The club was set to host the 149th Open Championship last month, before coronavirus led the R&A (the tournament’s organiser) to postpone the event for a year.

It’s been my No.1 favourite venue ever since I first walked the links in April ’85, a week before landing my first job in golf journalism.

Like all Open venues it is expensive to play, but is the most enjoyable on the rota; a links course that usually won’t beat you up!

The dunes are on an epic scale and every hole is top notch.Visitor green fees per round from £160. royalstgeorges.com

A tremendous heathland course beside the lovely coastal town on the Suffolk coast. Aldeburgh lies very close to the Adnams brewery, so the clubhouse provides the finest beer to complement the fine lunch at the end of your labours.Two-balls only allowed, so play is brisk and no-nonsense. From £65. aldeburghgolfclub.co.uk

Pennard is a magnificent seaside course a few miles west of Swansea, on the Gower Peninsula. Unlike other coastal tracks however, the course pitches on undulating hummocks and dunes 200ft above sea level looking out towards Three Cliffs Bay, and has been dubbed “The Links in the sky”. From £40. pennardgolfclub.com

Inland and further north to one of our best heathland courses, and one that I’ve yet to play. Ganton has a fabulous reputation; so good in fact that it has hosted the Ryder Cup, Curtis Cup, Walker Cup plus, on three occasions, the Amateur Championship. South Africa’s Gary Player once declared that it is the only inland course worthy of hosting The Open. Play when the gorse is in blossom, but try and stay out of it. From £60. gantongolfclub.com

It’s hard to pass Muirfield, just a few miles along the coast and a whole host of tracks close to Edinburgh, but North Berwick has such a lovely feel as the West Links seems to amble right into the town. Golf has been played here on the edge of the Firth of Forth since the 17th century.

The sea comes into play on six holes but isn’t the only feature that has to be avoided.

Stone walls have to be negotiated on this charming, but challenging test. From £100. northberwickgolfclub.com