Home » Holiday » Midnight rambler: the joy of walking around Britain after dark

I still remember that first night walk in King’s Forest near my Suffolk home, two years ago. The clouds were smoking-room-thick, so there had been no visible sunset. The cold, white sky did not even blush. Instead, the light thickened and clotted as darkness began to form, seeping out from between stands of pines. It puffed from the shadows of my footsteps on the track and welled up from the deep ruts made by 4x4s.

I’m not sure why I kept walking that night. Partly it was just the rhythm: the metronome swing of the legs, the freedom of having nowhere to be and no place to go. But also, I’d been rallied by my 10-year-old son who, in his campaign for an ever-later bedtime, argued that an average human spends 26 years of their time on Earth asleep. His words had wormed their way into my brain. When was the last time I had been out at night? Not camping or running or toddling home from the pub, but really out into the dark. Was my life being only half-lived?

And so I went into the wood. Night had always seemed a dark and gloomy place, a solid, black bookend to day. But there among the trees, as the retinal cones clicked off and the rods kicked in, I could see that night was not just one long stretch of unforgiving darkness, any more than daytime is a constant bright blue sky. No, night is full of its own subtle shades of light, capable of illuminating the landscape and inspiring in us a sense of connection and wonder. 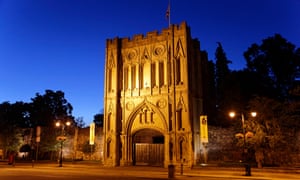 For the next year, I walked and walked at night. Over a number of months that spanned the seasons, I travelled across Britain in an attempt to explore the shades, subtleties and lights of the nocturnal hours. I paced the full-moon-lit coasts of Suffolk and swam in its light. I strolled through London as it tossed and turned to sleep, and I patrolled empty, suburban streets in Bury St Edmunds – even sharing a memorable cup of tea with an owl on a town centre roundabout. I went north to Scotland, a country where, in lowland woodlands, mountainous regions, cruelly cleared Highlands and on wild coasts, the dark lives.

Galloway Forest is one of the UK’s handful of International Dark Sky Parks, a place where the stars still gather in large numbers and the night sky is protected for its scientific, natural, educational and cultural value. Here I learned to unpick the dot-to-dot riddle of constellations. And here I looked through a telescope into another galaxy – Andromeda – and was left reeling by both its fuzzy, spider’s egg beauty and the idea that the light I was seeing had travelled for millions of years to reach me: light much older than the first tool-wielding humans.

Since Covid-19 became an unwelcome satellite to our lives, I’ve been thinking about these journeys a great deal. Part of it is, of course, simply an itch to travel again. I want to return to these landscapes. After weeks of shut-in, I yearn to be on the Isle of Coll (which is free of streetlights) to see the Milky Way cracking across a star-filled sky that stretches from horizon to horizon. I want to be back on the west coast of Scotland, watching meteors over Ailsa Craig, the stars dropping like gannets; or to fall asleep in the haunting shadow of Wistman’s Wood, waking to find Dartmoor transformed – the definition of day gone and a detailed landscape rewound to a simple but exquisite pencil sketch.

But there is something else. I found that at night the world both shrinks and expands. Even after the eyes have adjusted, big landscapes – the miles of moor, tor and bog – are reduced to contrasts, to smells or the occasional heart-quickening fidget in the undergrowth. Yet look up and the bubble pops. The stars rush in, bringing with them a connection to the seasons, but also an almost impossible, self-shrinking sense of the universe’s scale. A dizzying “You are here”, an affirmation of being alive. Perhaps that is why the night skies have been so important during the lockdown: they help the largeness, the weirdness of that giant word “pandemic” become so much smaller. 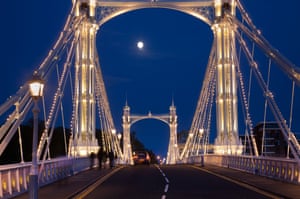 As soon as it is safe and responsible to do so, I will start exploring the night again, seeking out the magic of darkness and experiencing the quiet joy of the land transforming into a place of subtlety and shades. But for now, I still take comfort in the night. I know when I look up and see the stars, the moon or the bright glare of Venus, I am seeing a light in the dark that connects us to all living things and all ages. No matter where we are, how isolated we may feel, we all see the same stars.

• Under the Stars: A Journey into Light by Matt Gaw is out now (Elliott & Thompson)