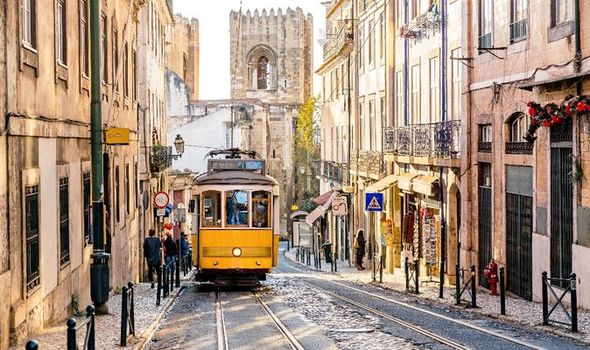 Yellow on the outside, wood-panelled on the inside, Lisbon’s endearing vintage trams are an unexpected tourist phenomena. Eléctrico 28’s winding route from gritty inner city Martim Moniz to toney, leafy Campo de Ourique takes in some of the city’s most spectacular hilltop vistas and beguiling narrow streets.

If you’re keen and want a seat, be prepared to wait for over an hour at the originating stop in Martim Moniz, or head up to Prazeres or Praça São João Bosco in Estrela and take the tram back down (you can also hop on at any of the stops along the way, although you’ll have to squeeze on, stand and be mindful of pickpockets).

This is not just any tile museum, and apart from the exhaustive, exquisite collection of tiles, there’s also its setting in the 16th-century Madre de Deus convent (itself also decorated to the hilt with tiles) to explore.While there are plenty of ancient examples, and an entire gallery of beautiful 20th-century and contemporary works, it’s the period that charts the transition from Al-Andalus to high Baroque that’s the most fascinating.The convent’s chapel is also a stunning portrait of Portuguese Baroque overload.

There are miles of places with signs declaring “we have sardines” in Alfama’s picturesque labyrinth. Here though, just a little down the hill near the waterfront, locals happily share the rustic tables in an old shopfront with visitors who have arrived by word-of-mouth or, by chance, have stumbled past.

Portuguese staples, including a tuna prego, cod with cabbage and potatoes, and, of course, sardines, are done in a fresh, simple style, with lovely accompaniments, such as Algarve carrots. 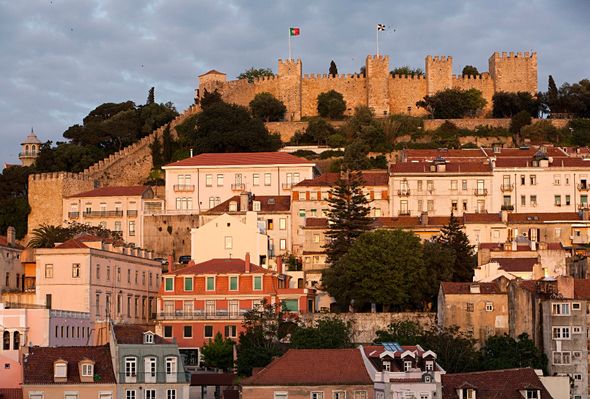 It may not look like it from the outside (or from the inside for that matter) but this is one of the hottest tables in town.

Come at lunch for traditional dishes such as the mythological-looking pescadinha de rabo na boca (tail in the mouth fish).

Home in the 19th century to the 1st Conde of Farrobo, Joaquim Pedro de Quintela, the very same noble whose name became Portuguese vernacular for “party-hard”, this palatial pile has long known excess.

Today that mostly comes in the way of decor – there’s a huge gilded lion dangling from the ceiling. But you can play at being decadent by sipping artisan gin at the Junot Bar or popping the cork on another bottle in the Sabina’s room under the brightly hued frescos.

This puppet museum is all about the sublimely ridiculous. Rooms are dimly lit and its huge cast of puppets are spotlit against black-backed cabinets, conjuring the feeling of an actual performance. 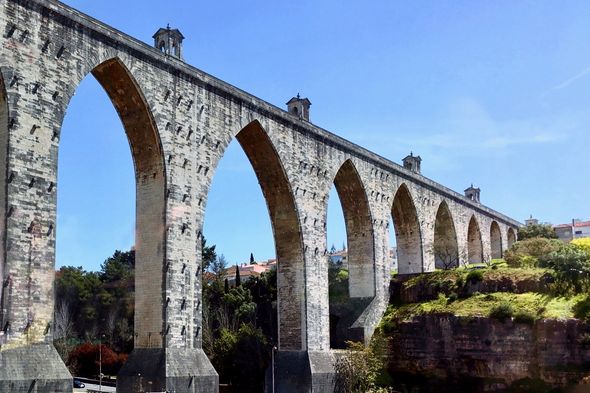 There are beautiful pieces from around the world, including exquisite wayang kulit and golek from Indonesia, but it is the Portuguese collection that is the most fascinating.These tell stories about the varied folk traditions of the country, as well as puppets from the era of the Salazar dictatorship that were used to disseminate political ideas during the heavy censorship of those years.

The pastel de Belém – a small, crisp, friable pastry shell, baked with a filling of rich yolky and spice-scented custard, and what’s known outside the country as the Portuguese custard tart – enjoys adoration the world over.

Pastéis de Belém is its alleged birthplace.The tart’s origin story – one of out-of-work monks, sugar cane refiners, secret rooms and even more secret recipes in 1837 – is possibly not true and probably a case of canny early marketing but it is as fascinating as the tarts are delicious.

These days the bakery churns out more than 20,000 a day. Queues are the price you’ll pay to assess the hotly contested claim that these are Lisbon’s finest (not to mention the rumour around town that it’s pork fat in the shell that makes it so damn crispy).

If you need any reminding of Portugal’s position on the very edge of Europe, this botanical garden is the place.An original 19th-century collection of palms, cycads, succulents, flowers, ferns and trees from Portugal’s former colonies and trading partners mix with even more subtropical exotica from China, Japan, Australia and New Zealand, including a number of endangered species. 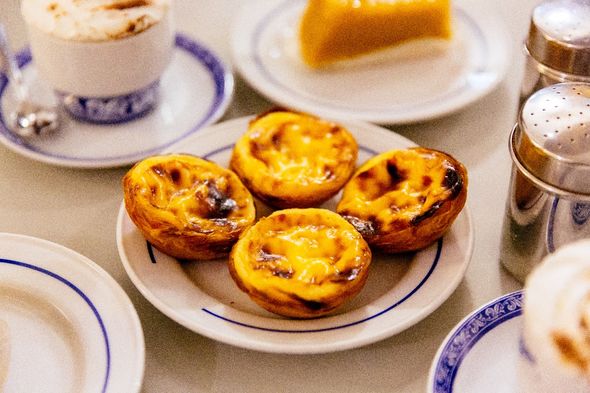 It’s a lush oasis of winding paths, enchanted groves and viridian garden beds. Its expansive proportions are not immediately obvious – its four hectares (10 acres) are entirely hidden from the street – and you really can lose all sense of being in the city. Don’t miss the dreamy butterfly garden.

The 19-kilometre (11.8-mile) length of Lisbon’s grand 18th-century aqueduct leads to this strange and ephemeral museum. Oh-so-off the tourist trail, the one time reservatório (reservoir) and temple to the city’s water supply is a beautiful example of architectural form not following function. An approximately five-million-litre pool gently laps beneath an array of water-themed sculptural follies, along with some fascinating relics of 19th-century industrial design.

Stairs lead up to a rooftop that affords astonishingly high views of the city rooftops and river.

Lisbon’s long history has a palpable presence on every street corner but it’s while wandering the ramparts of the city’s 11th-century castle you really do sense a millennia and more of this city’s past.

The strategic hilltop settlement has seen the Phoenicians, Romans, Visigoths,Arabs and French come and go. A highlight, apart from some utterly captivating views from the extant ramparts, is the archeological site.

Your erudite guide will tell you vivid tales of daily life in a home from the Al Andalus period of the 11th-century and show you the remains of a 7th-century BC Phoenician kitchen.