Home » Holiday » Walks near me: Whitby circular walks to stretch your legs on during lockdown 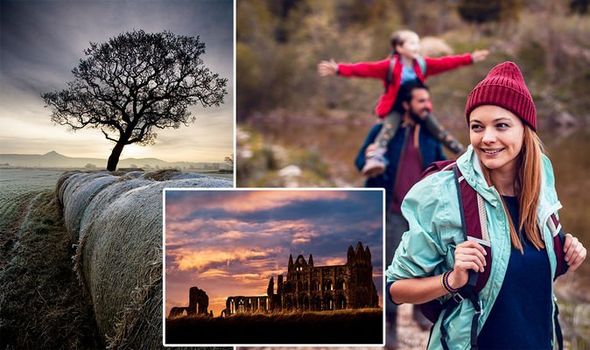 Whitby dwellers are lucky enough to generally be blessed with good year-round weather, so despite the temperatures dropping, the North York Moors region is still an ideal place to stride out during lockdown. On average over the winter, every two out of three days are dry. So where’s best to go walking this month? Express.co.uk teamed up with Discover Yorkshire Coast to find some of the best circular walks near Whitby.

Walk One: Robin Hood’s Bay – Bay to Boggle and back again

One of the North York Moors National Park’s Coastal Ambles, Robin Hood’s Bay is 5.5 miles south of Whitby, approximately 14-minute car drive, via the B1447 and A171.

Robin Hood’s Bay is a quaint fishing village with a charming mix of little cottages and winding narrow streets brimming with history.

The spot is home to a 190-million-year-old coastline full of ancient rocks, Jurassic fossil and rock pools. It is also famous for Jet – a black gemstone that is actually an ancient fossil.

Winter is the best time to visit for fossil hunting, especially after a storm has struck as this will reveal new pockets of ancient life along the shoreline and clifftops. 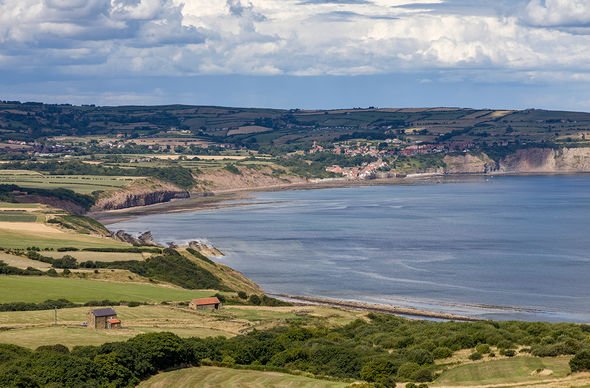 The Bay became a favoured smuggler’s haunt in the 1700s. It’s said that silk, tobacco, brandy and rum was moved via a network of secret passages and tunnels without ever seeing the light of day.

This circular walk leads you along the beach at low tide and back on the Cleveland Way National Trail, with views from the clifftop. It’s advisable to check tide times and 10 minutes to the Whitby tide times for Bay.

Difficulty: There are steep steps at both Boggle Hole and Robin Hood’s Bay

1. Leave Robin Hood’s Bay car park and make your way down this road to the old village. Just past the bridge is Beckfield and the old police station, constructed shortly after the railway arrived in 1885. Look out for the two carved mice om the gate and post – they’re the signature of well-known furniture maker Robert ‘Mousey’ Thompson.

3. Where the road meets the sea, on your right, is the National Trust’s Old Coastguard Station. This visitor centre has fun, interactive displays and information on fossils, sea life and tales of smugglers.

4. Next, make your way down the slipway at low tide and on to the beach where there are plenty of rockpools to enjoy and fossils to look out for.

5. At the end of the beach is an inlet called Boggle Hole, so named because, according to legend, mischievous little folk called hobgoblins or Boggles lived here in caves. It was also where smugglers stashed their illegal contraband. Take a break and warm yourself by the cosy fire in the Boggle Hole YHA café.

6. Then, head back to Robin Hood’s Bay along the clifftops and follow the Cleveland Way National Trail up the steep steps.

6. Back in the Bay, there are many cafes to choose from to rest and enjoy a treat after your walk.

Warning: Walk on the beach between Robin Hood’s Bay and Boggle Hole at low tide only. Avoid this walk three hours either side of high tide. Keep away from the cliffs and cliff edges. Not suitable for very young children. 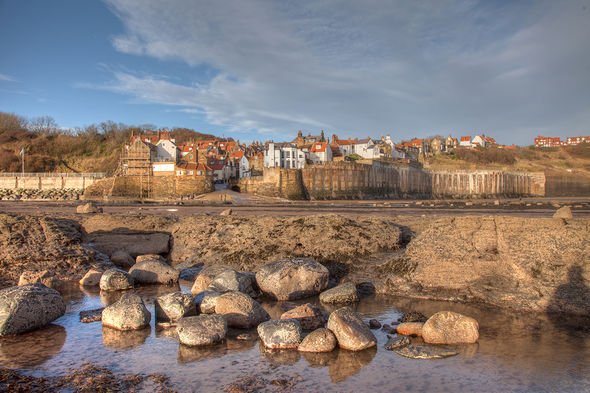 Great Ayton lies on the A172 27 miles west of Whitby, approx. 40 minutes by car across the North York Moors National Park, and some eight miles south-east of Middlesbrough.

This more challenging circular walk starts in the village of Great Ayton, where legendary explorer Captain Cook grew up before moving to Whitby.

It takes you through oak woodlands and across heather moorland as well as up to the majestic and romantic heights of Roseberry Topping (or the Yorkshire Matterhorn as it’s otherwise named).

Difficulty: This is a strenuous walk with some steep climbs 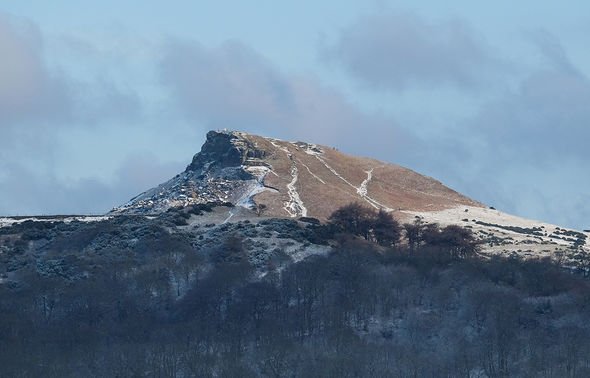 1. Turn right out of the Tourist Information Centre car park, along Newton Road and right again at the roundabout, down Roseberry Crescent.

2. Turn right along the footpath opposite no 55 Roseberry Crescent and follow the path through the fields to the railway line.

3. Turn left and follow the wooded path alongside the railway and cross the bridge over it. Continue up the track.

4. As the track bears right continue straight on up the path into the trees.

5. Where the path forks bear left.

7. Pass the field gate on your left and continue straight on along the path

8. At the end of the woods turn.right up the stone pitched path. Continue along the path to the top of Roseberry Topping.

9. Drop down along the spine of the Topping and follow the Cleveland Way, continuing across Roseberry Common and up the side of Little Roseberry.

10. Go straight through the gate and straight on keeping the wall to your right.

11. Go down the steps, turn right along the road, then left and walk up the track to Captain Cook’s Monument.

12. Turn right at the Monument heading towards the old stone gate posts.

13. At the fork bear left and follow the path down into the woods.

14. Cross the track, leave the woods and carry straight on.

16. At the crossroads head straight across and up Aireyholme Lane.

17. Turn left at the public footpath, cross the stile and across the field.

18. Head into Cliff Ridge Wood – the path can be muddy here.

19. As you reach remnants of old metal gates, turn left to drop down the path that leaves the woods then turn right along the field edge.

20. Cross the railway line and follow the clear path back to Great Ayton.