With Disney parks shuttered across the globe as a result of the COVID-19 pandemic, potential guests, travel professionals and furloughed cast members are all asking the same question: When will Disney parks reopen and what will they be like when they do?

Disney is currently accepting new resort reservations for stays beginning June 1 at both Walt Disney World and Disneyland, but officially, the resorts are closed “until further notice.”

California Gov. Gavin Newsom has called the likelihood of mass gatherings “negligible at best until we get to herd immunity and we get to a vaccine,” and Florida Surgeon General Scott Rivkees said social distancing should continue for up to a year until a COVID-19 vaccine is available. A financial analyst’s prediction that Disney theme parks wouldn’t open until 2021 also received a lot of attention last week.

Florida Gov. Ron DeSantis has taken the first steps toward a plan to reopen the state’s economy by assembling a Re-Open Florida Task Force. He also made a comment in an interview with Fox News that Disney is “so far ahead of the curve” on reopening, though he didn’t provide additional clarity on what that might mean.

Many guests are eager to reschedule their Disney vacations and get back to the parks as soon as they can, and with Disney Executive Chairman Bob Iger on Gov. Newsom’s California task force on job recovery and Walt Disney World President Josh D’Amaro on Gov. DeSantis’ Florida task force, it’s safe to assume Disney is doing all they can to work with leaders to reopen once it’s possible to safely do so.

Iger has given some insight into the company’s approach in a recent interview with Barron’s, as well as in an interview with KABC, where he said, “It’s not just about—as far as we know—social distancing. It’s about taking a number of steps, implementing a number of procedures to make sure that people feel safe.”

Beyond Iger’s comments though, Disney has been quiet with regards to official changes they are considering making in the parks.

Some of the most extensive indications of what measures major theme parks might take as they look to reopen came courtesy of a survey sent to Universal Orlando guests and annual passholders.

A version of the survey was posted in screenshots by Twitter user @AllCentralFlorida and begins, “Once state governments permit it, Universal Orlando will reopen.” The survey goes on to detail “various measures that could help protect the health and safety of our guests and team members” and asks survey-takers how it would make them feel if Universal were to take each measure in their parks.

These measures under consideration were echoed by Executive Vice President and Chief Administrative Officer for Universal Parks and Resorts John Sprouls, who is on the Re-Open Florida Task Force alongside Disney’s D’Amaro. Sprouls detailed some of the measures that Universal is considering during a Task Force conference call last week.

Let’s take a look at the steps included in Universal’s survey and discussed by Sprouls as possible approaches to be taken. Note: Unless explicitly noted, Disney has not specified what measures the company is considering for their parks so the following should not be assumed to refer to Disney’s approach.

1. Face masks for guests and employees

Universal’s survey asks two questions about face masks – one requiring them for guests and one for team members. Despite conflicting evidence about the effectiveness of face masks in preventing the spread of disease, the CDC has issued an official recommendation that everyone wear face masks in public.

“We’re not sure yet how we’re going to do that, but we’re looking for help from health officials to help us figure out what might be an appropriate protocol to try to minimize the possibility of any sick guests entering the parks,” Sprouls told fellow members of the Florida Task Force.

Temperature checks have been implemented at the partially reopened Shanghai Disney Resort and are something Bob Iger discussed in his interview with Barron’s: “Just as we now do bag checks for everybody that goes into our parks, it could be that at some point we add a component of that that takes people’s temperatures, as a for-instance,” he said.

Mobile Order has really taken off at Disney parks, and Walt Disney World has another reduced-contact pay options via MagicBands, though there’s still a “tap” component that would potentially need to be addressed for the process to be truly touch-free. Disneyland does not currently utilize MagicBands but does offer Mobile Order at many quick-service locations. 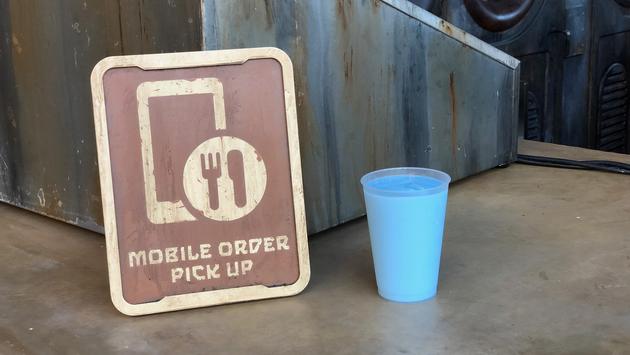 It’s fairly safe to assume some form of social distancing will be implemented across most areas of life for quite some time. Sprouls referenced this explicitly.

“We would be capping attendance to make sure we could create a maximum amount of social distancing,” Sprouls said. “And then, as we gained confidence in those practices and procedures that we’re employing, and as we learned from what we’re doing, we would gradually see that attendance rise.”

The Universal survey also asks about the measure to “implement social distancing practices throughout the park (e.g. 6-foot distance when queuing, table spacing at restaurants, mobile ordering)” and seeks feedback about reducing the park’s capacity by anywhere from 25-75%. 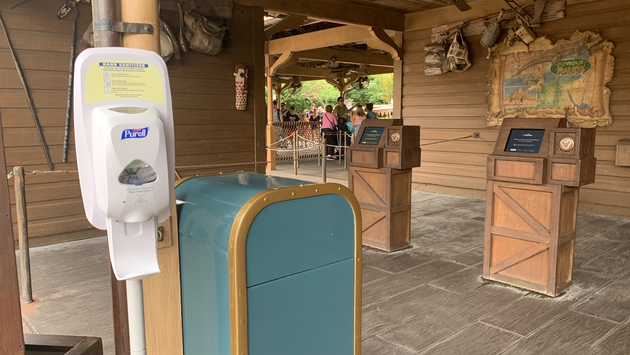 Universal’s survey suggests implementing “a virtual line waiting system for all or most attractions.” Sprouls also said that virtual queues, similar to those used at Volcano Bay, are under consideration.

Walt Disney World and Disneyland’s newest attraction, Rise of the Resistance, began utilizing a virtual queue immediately upon opening last year, giving us a sense of how at least one virtual queue functions at Disney parks.

Sprouls also suggested that social distancing could be supported in physical queues by only using every other line, marking separation lines on the ground, and keeping guests outdoors.

Universal’s survey includes a potential measure to “eliminate self-serve food options (e.g. team members would refill beverages).” This seems like a likely approach that was already seen implemented on many cruise lines at the start of the outbreak. We’re betting buffets will either be temporarily suspended or, at the very least, the self-service component will be removed.

8. Closures and Reductions of Attractions, Parades and Nighttime Shows

Universal’s survey includes proposed measures to “suspend parades and nighttime show” and “close indoor attractions and shows.” Sprouls also cited staggered seating on rides and in theaters as a means of supporting social distancing within the parks. 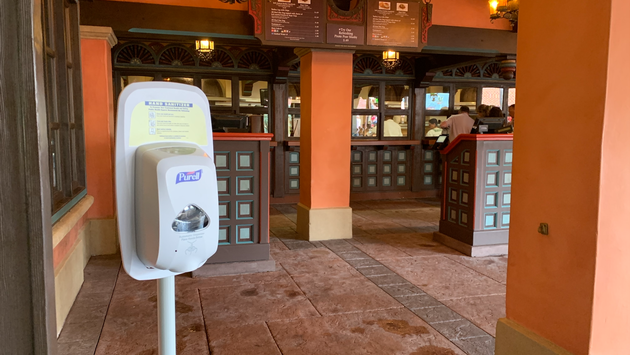 Even before the theme park closures, we saw the introduction of enhanced cleaning as well as the addition of hand-washing and hand-sanitizing stations.

Expect to see a lot more of this once the parks reopen. Sprouls cited heightened sanitation protocols and nightly “stem to stern” disinfections, while the Universal survey referenced the possibility that team members would be required to wipe down vehicles and seats between rides.