When Campwell opened for the first time on 14 February, the outlook was bright – despite the horrendous weather. The woodland eco-site near Bath may have been lashed by storm Dennis but it was full that first weekend and forward bookings were “fantastic”’ according to owner Tim Bowles: “It was really positive – we were already beyond our targets in terms of bookings and thinking we might even make a profit.”

Just over a month later, the UK went into lockdown due to the coronavirus pandemic and, like every other tourism business in the country, Bowles shut up shop. The outlook for his inaugural season went from bright to bleak. “It hasn’t been an ideal start,” Bowles said, although he admits he’s more fortunate than some. His landlord is a friend who is flexible about rent and two supervisors he employs have other work they can fall back on. But even without the pressure of meeting those costs, Bowles says it’s impossible for him to refund all his customers without putting the fledging business at risk. “Most customers have been very accommodating and agreed to reschedule. We have refunded some people, but if we refunded everyone we would be on our knees.”

“There’s a lot of talk on social media about how evil businesses are for not giving a refund, but it’s important to remember that these are small business that are dependent on these bookings – we are a very seasonal business and half our season has already been erased,” added Bowles. 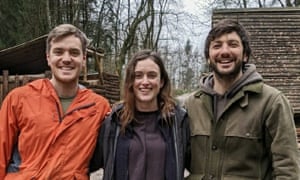 He says he “appreciates other people are going through financial difficulty too,” but the timing of the crisis, coming at the beginning of the season, has been “brutal.” Unlike Airbnb, which announced full refunds or credits for guests who booked before 14 March (for stays up to 31 May) – a decision that hit individual owners hard – few small independent businesses have cash reserves to fall back on. In the first few months of the year, owners often use deposits to refurbish accommodation ready for the new season, so most have little money in the bank, and some are in debt. Easter bookings are relied on to inject some cash into the business.

Mary and Nate Sparrow, owners of Hippersons Boatyard, a collection of four houseboats and a glamping pod in Suffolk, invested in a second pod this year to increase capacity for the 2020 season, leaving them with no financial cushion. “People think we have loads of money behind us but we don’t. We are now trying to plan ahead financially and considering cashing in our pensions.”

This year, Alistair Handyside, owner of Higher Wiscombe in south-east Devon, a collection of three cottages, invested £200,000 in the largest one. “One week later, we went into lockdown and the business stopped dead,” he said. “In 15 years of running a business, we’ve had three cancellations. On 23 March, we had 16, so this is on a scale that is unprecedented.”

Handyside has already lost £80,000 in deferred business; if he is unable to accommodate guests in July and August that will rise to £140,000. “Good businesses do not want to see customers missing out. If customers are being offered a full-value credit at a reasonable time – in other words, a fair swap, that is helping that business survive on really thin wages,” said Handyside, who is also chair of the Professional Association of Self-Caterers (Pasc).

In a survey of 900 accommodation owners in the south-west conducted by Pasc and the South West Tourism Alliance, 80% said they would collapse if they had no income through this summer, despite some of them receiving a grant of £10,000 and the prospect of government-backed rescue loans.

For Handyside, the biggest frustration has been the failure of insurers to pay out. “Most owners have business interruption insurance, but insurers are refusing coverage,” he said. “It’s probably going to be one of the big scandals of Covid-19.” The problem is being compounded by the failure of guests’ holiday insurance. Many holidaymakers are being told it’s up to their accommodation provider to compensate them, so holiday-home owners are becoming the “insurer of last resort”.

The “insurance scandal”, as Handyside puts it, has left small businesses between a rock and a hard place. Many rely on repeat business from customers for the majority of bookings and do not want to jeopardise that loyalty but simply do not have the funds to refund everyone.

Handyside said he is fortunate that his business is year-round, so there is a possibility of some recovery later in 2020, but seasonal businesses have already seen half their year wiped out.

“It’s an absolute nightmare,” said Jacqueline Saggers who, with her husband, runs Guilden Gate, a smallholding in Hertfordshire with two glampsites. They have refused all refunds: “Not because we are being difficult but because we are a small family business and would go under if we did, and that doesn’t help anyone.”

With only two sites, a VW van and a Hobbit-style shelter, she hasn’t even been able to give all guests the alternative dates they want because that would mean even more loss of income: “If we took everyone who’s cancelled and put them in July and August, we would have no income. We’re asking them to swap to September and October.” Adding “most guests are being very accommodating”.

The Saggers have received a £10,000 government grant but “have to make it last” until they can start operating again. As to when that might be, there is no clear indication from the government yet. On 28 April, minister for the Cabinet Office, Michael Gove, announced that tourist hotspots will be off-limits “for some time to come”. Two days later, prime minister Boris Johnson told the daily briefing that it was important to “get tourism going again”, but not to the extent that “an influx of people would create a second wave of the disease”. Johnson said a “roadmap” for unlocking various parts of the economy will be revealed next week but “dates and times for each individual measure will be driven by where we are in the epidemic and what the data is saying”. 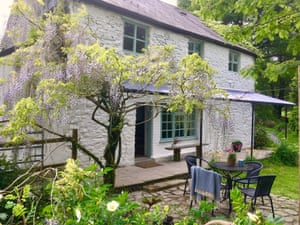 Duncan Jordan, owner of Cambrian Escapes near Llandovery in Carmarthenshire, which had been running for just under a year when the crisis struck, said: “We’re working on the basis that the summer’s gone. We’re hoping it isn’t, but when you hear the news, the work that needs to go in to helping people accept visitors and incomers into the community is huge.”

Others are more hopeful that tourism businesses will be able to operate at some level from July onwards. “The worst case scenario is being shut down and not being able to operate until next year,” said Malcom Bell, head of Visit Cornwall, a region where one in five jobs are in tourism and one in three homes depend in some way on the tourism sector.

“What we need is not to open a day too early or a day too late – we have to get this right,” said Bell. “There will be compromises: how do you make sure businesses are compliant? How do you give customer and community assurance? And how you minimise any risk to visitors?”

Measures currently being considered to ensure Cornwall can safely welcome visitors include timed-ticketing at attractions to control numbers, vehicle restrictions in towns to keep numbers of visitors at a manageable level, and even a change in the law requiring holidaymakers to have documentation proving they are allowed to visit. “These might be seen as draconian, but let’s not rule them out at the moment,” said Bell. “The alternative is to keep everything shut – but we have businesses in despair, it’s causing mental health issues. We have to come up with a solution to help the economy while minimising the risks to visitors and the community.”

In the meantime, owners facing the potential loss of their livelihoods are trying to stay positive. “At the moment the land is heavenly. The wildlife is incredible,” said Jacqueline Saggers at Guilden Gate. “But I can’t wait to be able to share it again with guests.”