While passenger flights have been grounded, cargo freighters are much in demand 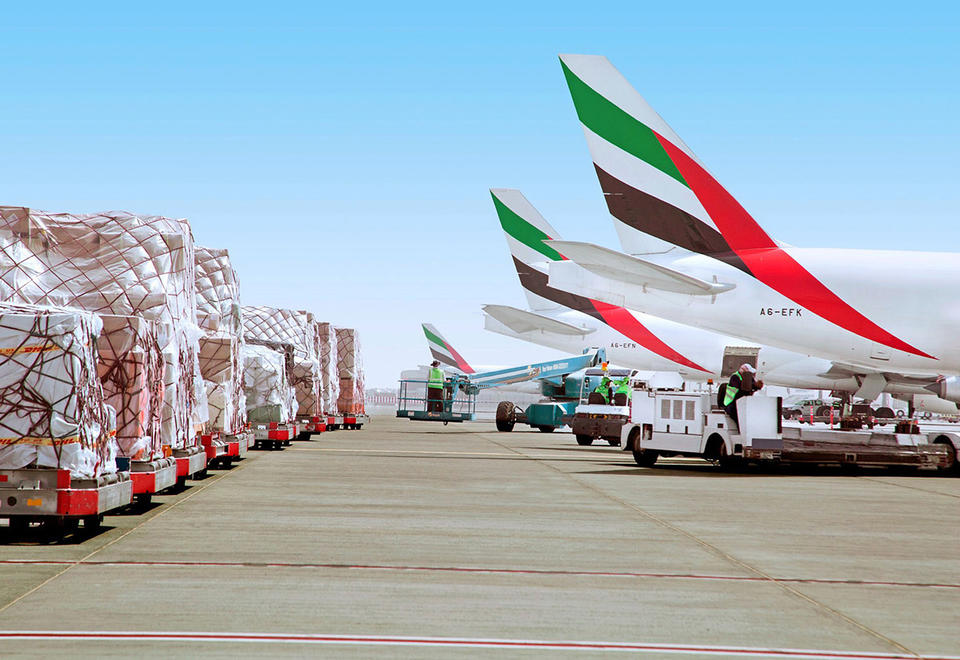 Emirates SkyCargo transported close to half a million units of hand sanitisers in a single Boeing 777 freighter aircraft.

While passenger aircraft have been grounded since last week, airlines in the Gulf region have seen cargo services surge by as much as 20 percent year-on-year, as demand for essential goods, such as food and medical supplies, rises during the battle to combat the Covid-19 coronavirus outbreak.

“There’s big demand on medical supplies and essential supplies globally,” he said, adding that he expects demand for cargo to surge even more the longer the Covid-19 outbreak continues.

Nicholas Cole, Riyadh-based CEO of airport operating company DAA International, said he had also seen this trend at airports it manages in the region.

“It is important to keep airports open. We are in conversations with a number of airlines across our group who still wish to continue flying with the bottom of the plane full,” he said.

“I’ll give you one example, some of the Covid-19 tests coming out of China can be flown in hours. If they were to travel by road, or by boat, it would take so much longer. So, I think it forces the world to think about what aviation does for a connectivity, not just for people, but also for, you know, goods that are time sensitive.

“I’d suggest, currently, that unfortunately we’ll have a lot of time sensitive goods, such as [Covid-19] tests and potential vaccines. These kinds of things will be incredibly time sensitive. So I suggest that airlines and airports, although they may be closed to passengers, many airports, ourselves included, are starting to think about what else can we do to keep the facilities moving and play our part in the recovery of Covid-19,” he added.

Emirates SkyCargo, a division of the Dubai-based government airline, said it “has stepped up its commitment to” cargo supplies.

It is adding additional freighter flights to transport pharmaceuticals, medical supplies and equipment, perishables, and other raw materials to the UAE and other global destinations.

Nabil Sultan, Divisional Senior Vice President, Emirates SkyCargo, said: “By operating our freighter fleet at full capacity across six continents with a combination of scheduled and ad-hoc operations, we are making sure that we can maintain the flow of goods such as medical and pharmaceutical supplies, equipment and food items not just to Dubai and the UAE but to other global destinations where they are most needed across the world.”

As part of one chartered operation, Emirates SkyCargo transported close to half a million units of hand sanitisers in a single Boeing 777 freighter aircraft.

Abu Dhabi-based Etihad Cargo is also adding additional aircraft to cater to the surge in demand. The company said it was introducing a fleet of Boeing 787-10 aircraft to its pre-existing fleet of Boeing 777 freighters. The fleet will operate 34 weekly flights, initially serving 10 markets.