Staff at Dubai-based Emirates Airline have been invited to take unpaid leave of up to six months, it was reported on Thursday.

Earlier this month, the carrier announced that employees were to return to full pay from the start of October. 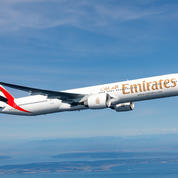 Dubai-based carrier has resumed services to more than 80 destinations

However, an email sent to staff on Tuesday, said: “With the summer peak at an end, and following a review of our operating plan, we have more resources than required to support our business.

“Therefore, in order to reduce some of our overhead costs, we are offering employees across the group the opportunity to take unpaid leave for a minimum period of one month and maximum period of six months.”

Arabian Business has reached out to Emirates for comment.

Before the crisis hit, Emirates employed some 60,000 staff, including 4,300 pilots and nearly 22,000 cabin crew, according to its annual report.

Reuters reported that Etihad crew have been offered unpaid leave, of between ten days to six months, from September 16, citing an internal memo as the source.

In March, the airline had announced a temporary reduction of basic salaries for the month of April for all staff, including executives, between 25 to 50 percent. This was then extended in June to run through to September.

While in May, the airline said that redundancies would be made “across several sectors”.