Emirates carried 1.5 million passengers in the first six months of the year

Emirates remains “well armoured” to weather the coronavirus crisis despite announcing huge losses last week as the pandemic continues to wreak havoc on the global aviation market, according to a leading analyst.

He said the group’s efforts have covered a range of areas from cost base reduction to operational planning to meeting existing demand while also positioning for a post-pandemic recovery. 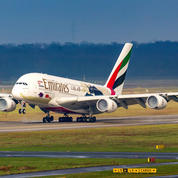 He also noted that the company has strong cash reserves of $5.6 billion and a supportive ownership structure with $2 billion secured as equity investment during the first half of 2020.

The steady recovery of operations with the airline already operating to 104 countries, albeit at lower frequency and aircraft sizes, plus plans for a leaner organisation with a reduced cost base were reasons to be optimistic for Emirates, Altintas added.

From an operational perspective, Emirates carried only 1.5 million passengers in the first six months of the year, a figure it would have achieved in just over nine days of normal operations pre-Covid, Altintas said.

However, Emirates is by no means alone in announcing results of this significance. Competitors such as Air France-KLM Group and Lufthansa Group have seen revenues plummet by 73 percent and 76 percent respectively within the same period.

Chinese airlines have fared little better with two of the three largest carriers in China, namely Air China and China Eastern, seeing declines of 56 percent and 57 percent respectively, which can be attributed to an earlier recovery phase for the country.

A rare area of improvement that airlines have seen has been in cargo revenues, as a direct result of an increase in demand for air freight during the pandemic period.

Altintas said Emirates itself has seen an increase of 106 percent in cargo yields, despite suffering a decline in its cargo tonnage by 35 percent. 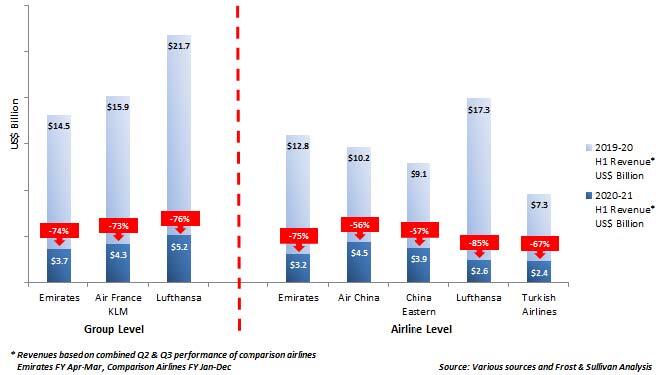 Furthermore, the group is positioning itself to play a vital role in the global pandemic recovery, having announced plans to establish the world’s first and largest dedicated air cargo hub for Covid-19 vaccines at Dubai World Central.

“With two-thirds of the world’s population being within an 8 hour flight time from Dubai and the airline’s freighter fleet of B777 aircraft capable of carrying more than 100 tons of cargo over 10 hours of flight time, the group aims to be a critical link in the global pandemic recovery efforts,” said Altintas.

With the announcement of new vaccines by Pfizer-BioNTech and Moderna in November and other potential vaccines in development, there is hope that the first signs of recovery will be felt in 2021.

This was confirmed by airline stocks rallying by 12 percent in expectation of stronger future bookings following the announcement by Pfizer and BioNTech.

Altintas also said that a return of traffic to pre-Covid levels is not expected before at least 2023 and several areas of concern remain for airlines globally from which Emirates too is not immune. 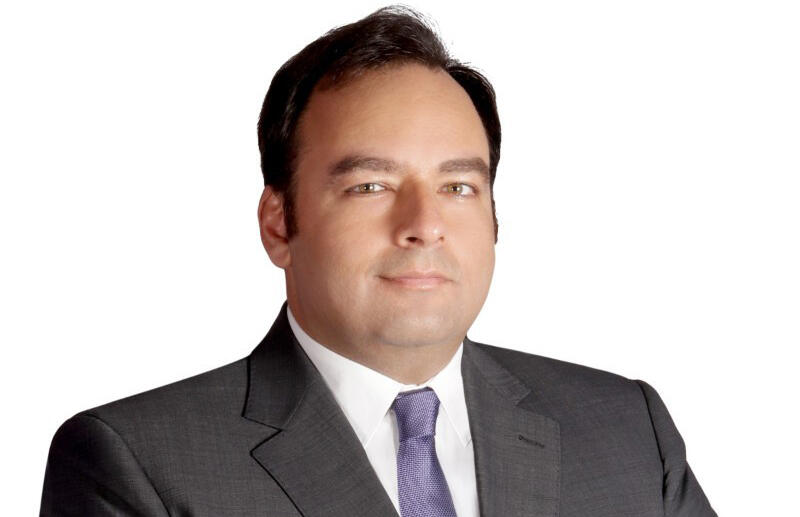 These include the varying levels of travel restrictions, changing by country, restrictions on passenger load factors that may be applied by relevant authorities and optimised network and fleet to meet the new market conditions.

On Wednesday, Emirates announced plans to significantly increase its superjumbo services to the UK following the recent establishment of a UK-UAE air travel corridor which has led to increased demand.

The Dubai-based carrier said it will operate its A380 aircraft four times a day to London Heathrow from November 27 and six times a week to Manchester from December 2.

Emirates will also increase flights to Birmingham and Glasgow from the current four-a-week to daily services at both cities, from November 27 and December 1 respectively.

Emirates’ services to Manchester will increase from the current eight-a-week to 10 flights per week from December 1, of which six will be served by an A380 and four with a Boeing 777-300ER.

At London Heathrow, Emirates’ current twice daily A380 and once daily Boeing 777 flights will become four daily A380 services from November 27.

These represent a significant expansion of Emirates services to the UK, and the move comes just days after the UK announcement of the air travel corridor, under which travellers entering the UK from the UAE will not longer be required to quarantine.

Emirates said this was a “boon for travellers, and spoke to the UAE’s rigorous and effective pandemic response”.