Porter Airlines has ordered 30 Embraer E195-E2 jets, enabling the Canadian carrier to expand its current regional network across a much broader route map.

“Destinations will include the West Coast and sunny spots in the southern United States, Mexico and the Caribbean. Our initial set of new routes will be finalized ahead of aircraft deliveries in mid-2022,” the carrier said.

Porter currently has a fleet of 29 Bombardier Q400 turboprop planes with 76 seats. The aircraft, which are better known under their original name De Havilland Dash 8, have a range of approximately 1,300 miles.

Porter is scheduled to resume flying the planes on four U.S. routes in September — from its hub at Billy Bishop Toronto City Airport to Boston, Newark, Chicago Midway and Washington Dulles.

The E195-E2 can seat between 120 and 146 passengers and has a range of nearly 3,000 miles. Porter has not yet said how many seats it will configure its E195-E2s with. Embraer said Porter is the North America launch customer of the jet type. 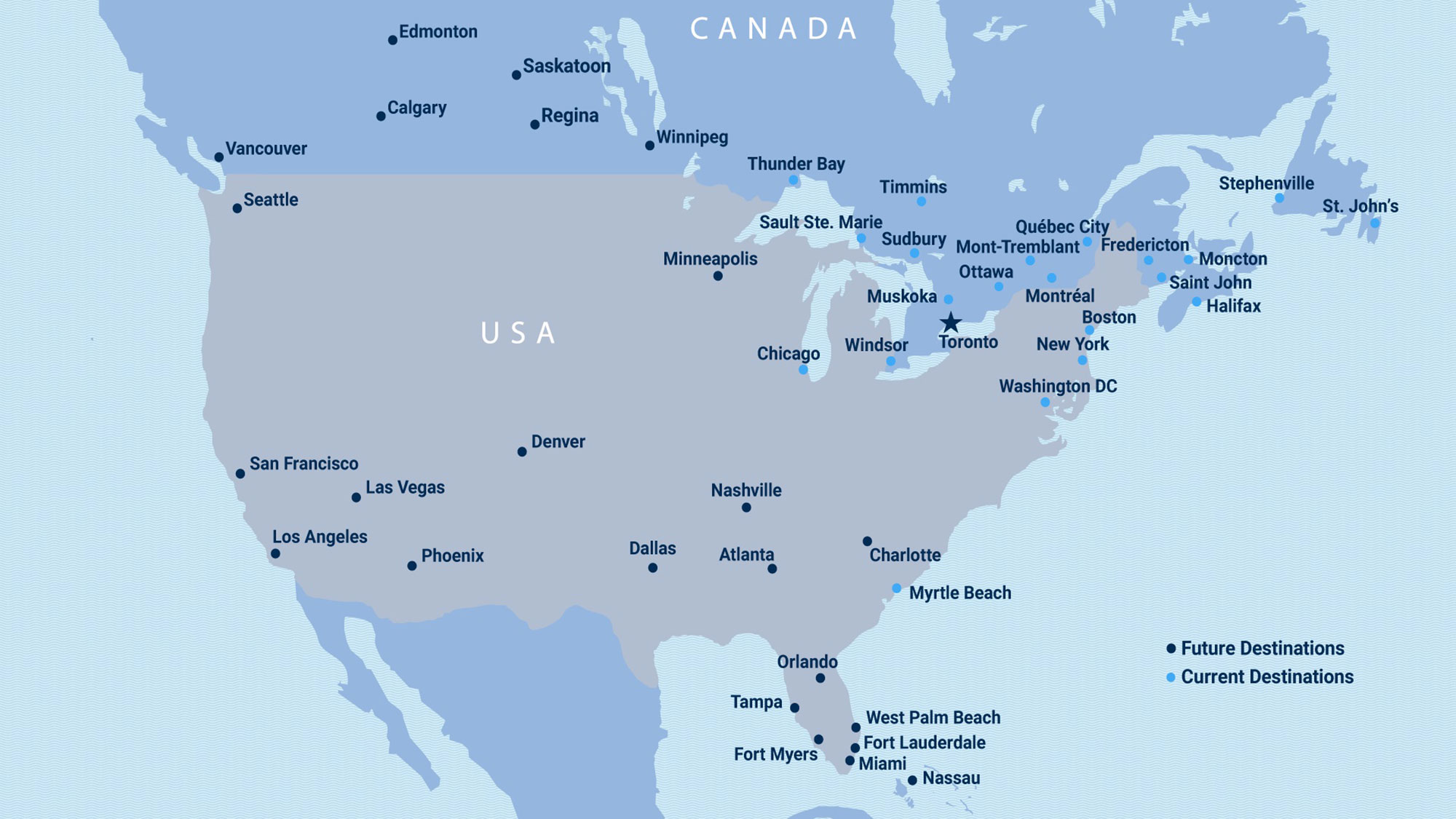 In addition to its order of 30 E195-E2s, Porter has an option for a further 50 aircraft. Combined, the 80 planes have a list price of $5.82 billion, Embraer said, though airlines typically pay lower than the list price for substantial orders.

Porter’s first Embraer delivery is scheduled for the second half of next year.