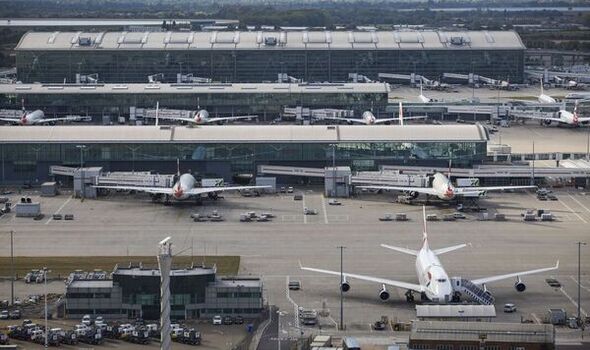 Some of the UK’s busiest airports, including Luton and Heathrow, are raising their parking fees in the run-up to Christmas, according to a recent study.

Your Parking Space researched the cost of parking at airports between December 23 and December 30 and then contrasted it with the same length of time in the middle of January.

They also discovered that while many airports did not raise their costs at all, Luton Airport, Heathrow Airport, and Bristol Airport had the highest price hikes, reports Bristol Live.

London Luton Airport has more than doubled its parking charges from £56.99 in January to £129.99 in December – a staggering 128 per cent increase, while the charges at Heathrow are 48 per cent higher over Christmas than in January going from £140.80 to £217.30 over the Christmas period.

Meanwhile, the cost of parking at Bristol Airport varies depending on the time of day, which day of the week, how far in advance a space is booked, and the time of year, with prices going up when demand is higher and the airport is busier.

Your Parking Space’s research showed that the cost of a week’s parking at the airport’s own car park between December 23 and December 30 was £150.99, while the cost for seven days between January 13 and 20 was £116.99.

This is a 29 per cent increase for Christmas week and the third-highest increase in the country.

Most airports have increased their charges, the research has shown, but generally by only around 10 per cent.

Around half a dozen airports, including Cardiff and London City, have not increased their car parking charges for the Christmas week at all.

Harrison Woods, the CEO of Your Parking Space, said people should be prepared to pay more if they want to park at the airport.

He said: “Anyone travelling over the Christmas season will be stunned by some of these sky-high increases in car parking fees, where some airports are increasing costs to cash in on the busy winter travel period.

“If you are travelling over Christmas, head to Your Parking Space website to find off-site convenient and affordable parking for your journey.”

In August, Bristol Airport explained why their parking charges vary so much depending on demand and encouraged people to look for alternatives to getting to the airport, like the Airport Flyer bus service.

Here is the top 10 list in full and how much more expensive it is to park there over the Christmas period than in January:

A Bristol Airport spokesperson said: “We have a choice and a variety of car parking options for customers and booking online with us direct guarantees the best price. Like airline tickets, parking prices are determined automatically based on demand, so the best prices are obtained the earlier you can book.

“Bristol Airport has a free one-hour car park for pickups and drop offs, with courtesy buses to the terminal.

“Alternatively, there are many direct bus and coach services linking the airport with the city, South West, and South Wales.”

A spokesman for Luton Airport said: “Similar to the cost of train and flight tickets, the pricing of airport car parking varies according to demand, availability, and time of booking. We offer a range of competitive parking options and always advise customers to book as far in advance as possible to secure the best price.”