A hotel where you can listen to classified recordings of secret agents, the largest cave castle in the world – and bear prosciutto: Discovering why Slovenia is a truly unique destination

There can’t be many hotels where guests are required to hand over their mobile phones prior to visiting certain areas of the property. But then again, Hotel Jama, 35 miles south of the Slovenian capital, Ljubljana, isn’t your average hotel.

It’s the only place in Slovenia where members of the public can listen to national archive-owned, classified recordings of former government agents – hence the ban on mobiles.

Built in 1971, Hotel Jama is metres from the entrance to the country’s enormous Postojna Cave, which has attracted various famous visitors, most notably Tito, the controversial former president of Yugoslavia, of which Slovenia was a part for most of the 20th century. He’d often bring high-profile celebrities and politicians for long weekends. 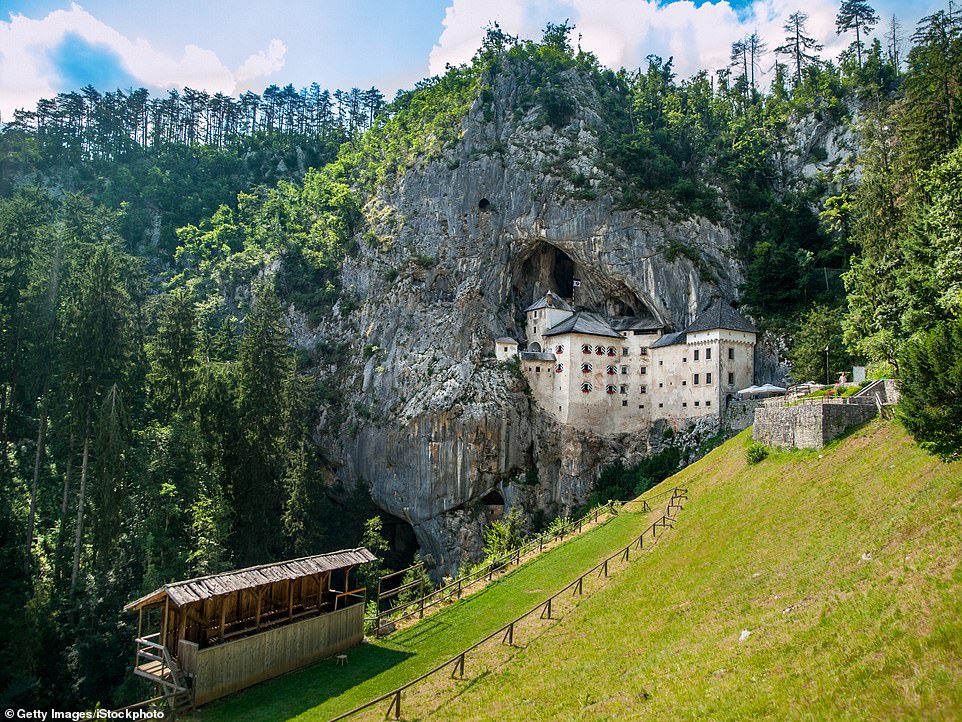 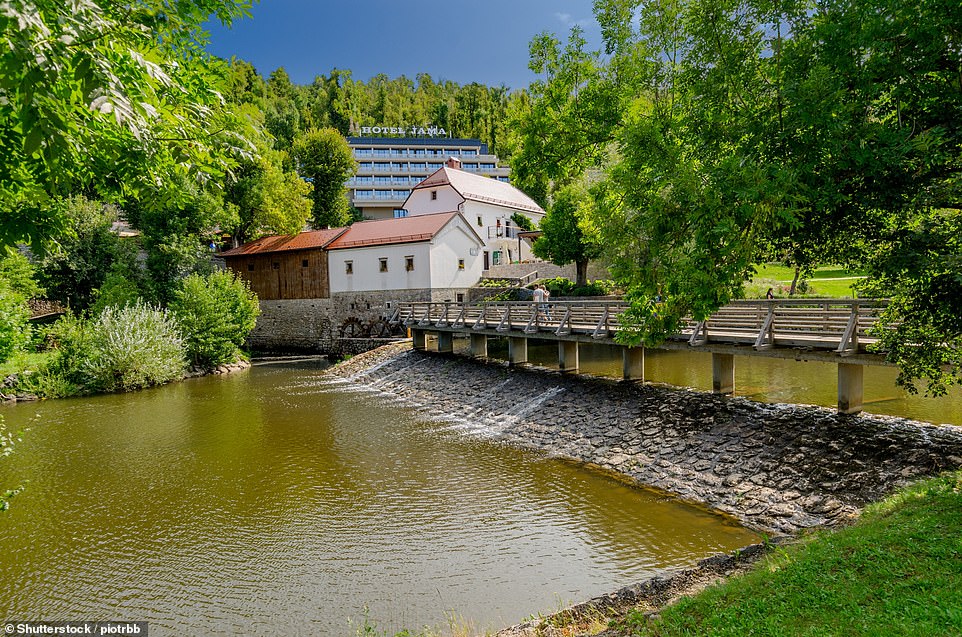 Built in 1971, Hotel Jama is metres from the entrance to Postojna Cave. Members of the public can listen to national archive-owned, classified recordings of former government agents there

So perhaps it’s hardly surprising that, when the property was renovated in 2016, workers found surveillance rooms in the basement, believed to date back to communist-era Yugoslavia. Dust covered tape recorders and switchboards were inside, all of which can be seen on a new guided tour. Despite its troubled past, this tiny country – half the size of Switzerland – is now one of Europe’s most popular destinations.

But Tito wasn’t the only high profile visitor. Much earlier, in 1883, Emperor Franz Joseph became one of the first tourists to visit the Postojna Cave, discovered in 1818. His arrival prompted the installation of electric lighting – 15 years before it reached Ljubljana. Back then, visitors sat in carts pushed by guides. Luckily, it’s an electric train which takes me to the starting point for my tour, two miles from the cave’s entrance.

I’m shown stalagmites taller than my house, an underground river (which can be explored in a dinghy) and rock formations I’ve never heard of. This includes curtains – paper thin sheets of rock dangling from cavern walls – and pearl pools, formed where raindrops fall in the same spot for millions of years, creating tiny water-filled indentations and slowly wrapping individual grains of sand in white limestone shells. 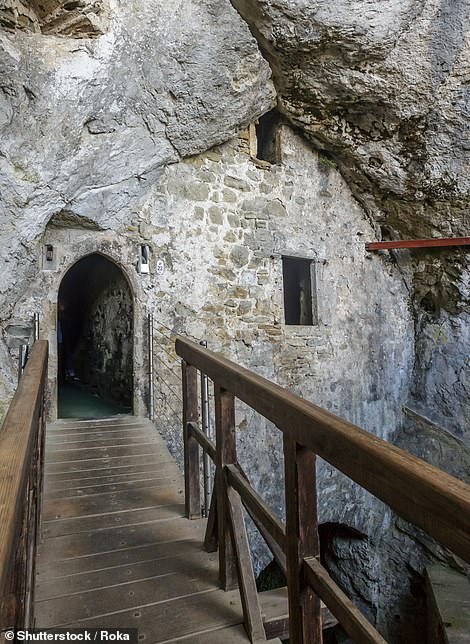 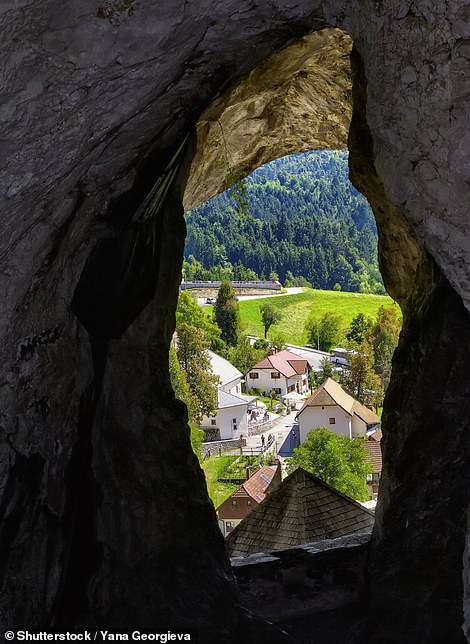 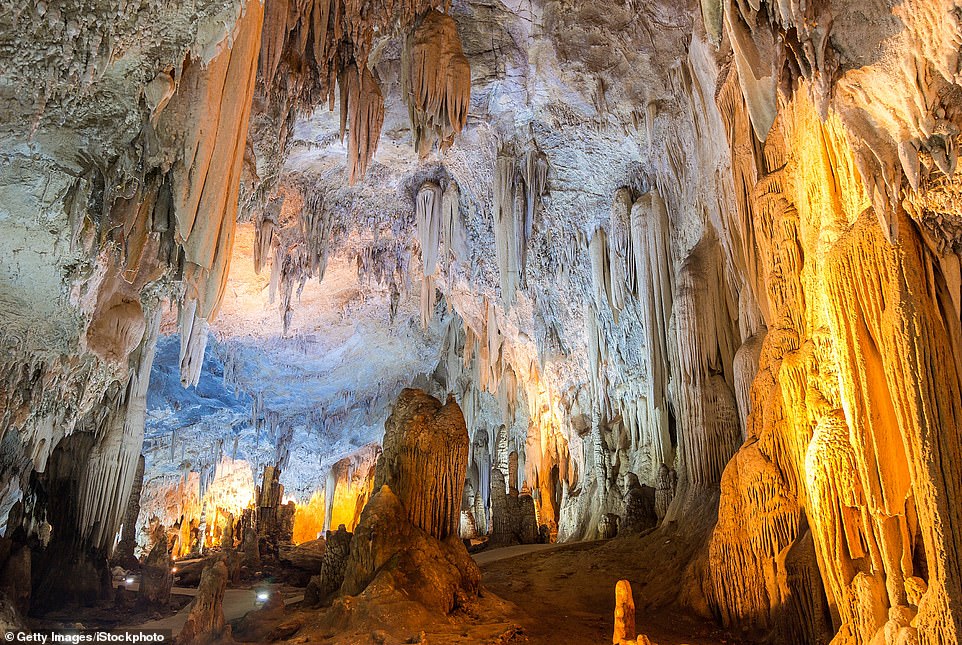 Postojna Cave, the country’s second-largest, is full of vast stalagmites and stalactites

But after three hours underground, I’m keen to explore Slovenia’s wide open spaces. It takes just over an hour to drive to the forest-fringed Jezersko valley, a few miles from the border with Austria. My base is the Vila Planinka, a 23-room chalet hotel where a sign in the lobby proudly reveals the water has the highest magnesium content of any water in Slovenia, and is thought to be especially good for the heart.

On the right of the hotel, at the end of the valley, is a towering slab of granite – a snow-dusted mountain separating Jezersko from Ljubljana, an hour’s drive away. On the left is a patchwork of forests carpeting the lower slopes of mountains dividing Slovenia from Austria.

One day I drive towards the Italian border to tackle a mountainous hiking trail. I’m hoping to spot one of the region’s notoriously shy ibexes – twirly horned, sure-footed mountain goats that cling to the wild flower speckled cliff faces. 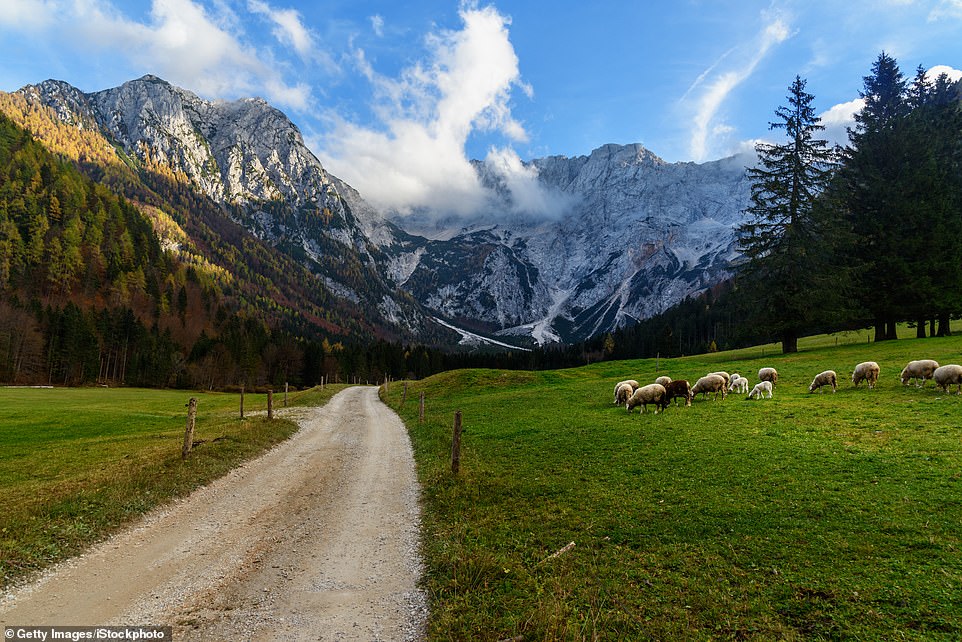 Despite Slovenia’s large caves, much of the country is full of wide-open spaces, like Jezersko Valley

Sadly, the goats don’t put in an appearance, but I’m compensated with other weird and wonderful species, such as jet-black mountain salamanders and rare orchids.

I spot hundreds of marmots, and, unlike the rodents in the French Alps, they’re fearless. I eat my picnic lunch yards from a burrow, under the watchful gaze of a mama marmot. I’m disappointed not to spot a bear – Slovenia has Europe’s largest bear population, a fact which helps offset my guilt that evening when I tuck into a plate of delicious bear prosciutto.

It’s served by a waiter who tells me this part of Slovenia has so many bears that, as a child, he’d roll his eyes when he saw his mother heading out with her shotgun, knowing bear was on the menu again. Slovenia’s bears might have eluded me, but its jagged mountains, river-carved caves and marmot- dotted valleys have more than made up for their absence

EasyJet (easyjet.com) London to Ljubljana from £69 return. Doubles at Hotel Jama (postojnska-jama.eu) from £72 and at Vila Planinka (vilaplaninka.com/en/) from £185 per night. Find out more at slovenia.info.