Making a splash when it’s raining: Britain’s best attractions for when the beach is not an option, from inland surfing to gin tasting

Every week our Holiday Hero Neil Simpson takes an in-depth look at a holiday topic, doing all the legwork so you don’t have to. This week: attractions where rain won’t stop play this summer.

A staycation inevitably means facing Britain’s wayward weather head-on, but attractions all across the country are now reopening and ready for those rainy days when the beach is not an option.

And with experiences ranging from the thrilling to the fascinating, we’re not just talking theme parks. 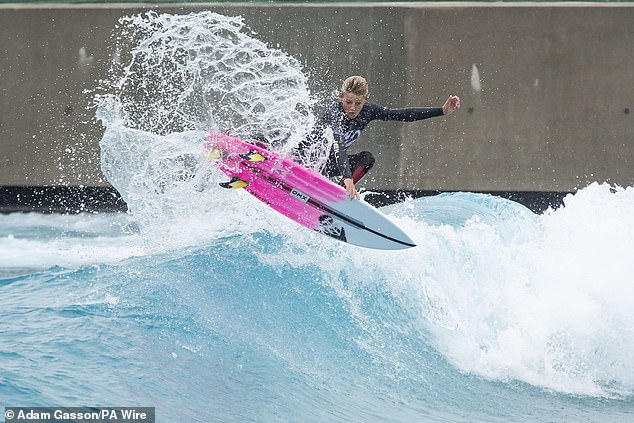 Wet and wild: Learn new skills at The Wave surf centre in Bristol

However, many have had to cut visitor numbers because of social distancing restrictions. On the plus side, this will mean they will be less crowded and guided tours should feel more personal. But it also means booking may be essential, so check before you turn up.

Here are seven of the top wet-weather options.

Step into the Stone Age amid the stalactites and stalagmites of Kents Cavern in Torquay. Small guided tours take you through a labyrinth of caves formed 2.5 million years ago, where you’ll pass skeletons of Ice Age animals and experience the ‘big blackout’ in the deepest chamber (kents-cavern.co.uk).

Some cities were built on coal, steel or wool. York was built on chocolate. Get a taste at York’s Chocolate Story and see why the rivalry between Joseph Rowntree and George Cadbury inspired Roald Dahl’s Charlie And The Chocolate Factory. Expect fun facts, including theories of why the chocolate apple didn’t succeed but the chocolate orange did. You still get to taste the goodies, but now they’re wrapped in takeaway bags (yorkschocolatestory.com).

Pick up the pace in the Lake District at the Lakeland Motor Museum where there’s a replica of Donald Campbell’s 1967 jet hydroplane Bluebird K7. He set seven water speed world records in it before his final, fatal attempt on nearby Coniston Water. The full story of speed is told through dozens of classic cars and motorbikes at the museum. Or look at caravans from the 1940s on to see how staycations have changed (lakelandmotormuseum.co.uk).

Gin-lovers can enjoy complimentary cocktails in Hampshire at the end of the Bombay Sapphire Distillery Tour. Guides explain how ten ingredients and an infusion process fill its distinctive blue bottles. 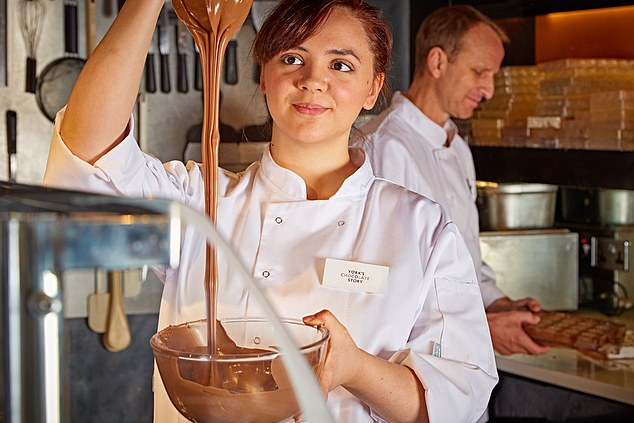 A world of chocolate fun: You still get to taste the goodies at York’s Chocolate Story, but now they’re wrapped in takeaway bags

Visitors also go inside the site’s glasshouses, one of the country’s lesser-known architectural wonders, which were designed by Thomas Heatherwick, the man behind the cauldron at the London 2012 Olympic Games. bombaysapphire.com

There’s more stunning architecture in Hull where you can dive down into The Deep, one of the world’s most spectacular aquariums. Its corals, tropical fish and turtles can help if you’re really missing that Caribbean holiday.

Want to help preserve the oceans? Head to the gift shop or go online for reusable face coverings painted with sharks, rays and turtles (thedeep.co.uk).

Dinosaurs and Derry Girls compete for attention in Belfast at the newly reopened Ulster Museum. The former are represented in a selection of 70 million-year-old teeth and bones, plus an impression of dinosaur skin that’s so rare it attracts visitors from around the globe. The Derry Girls, stars of the Channel 4 sitcom, pop up in the Culture Lab exhibition that explores the city’s resurgence (nmni.com).

Finally, if don’t mind getting really wet, head to Bristol and ride The Wave. The inland surfing lake features environmentally friendly turbines that can roll out waves from 2ft to 6ft to suit beginners and experts alike.

Wetsuits, boots and boards are provided, and families can book group lessons (thewave.com).