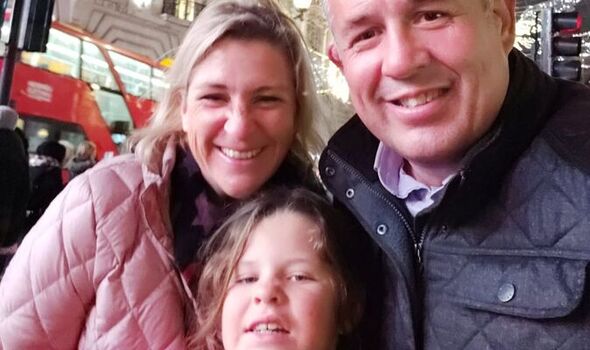 Lawyers representing the Brits claim that 36 guests were affected on their holiday by gastric symptoms whilst staying at the Jaz Aquamarine hotel in Hurghada. The guests stayed between January and October 2019.

Four holidaymakers were reportedly hospitalised while eight people had Salmonella, one had the stomach bug Giardiasis and another person had E.Coli and Shigella.

The tourists, who all booked their getaways via TUI, have launched legal action against the tour operator, the Mirror reports.

Michelle Crowther, 43, and her two children Molly, 13, and George, 10, all claim they fell ill shortly after arrival. They claim to have experienced abdominal cramps, nausea, diarrhoea, sweating and lethargy while George required medical attention and IV antibiotics during the holiday.

Michelle returned home and had to have a week off work and then had her working hours reduced for five months as she recovered, she claims. 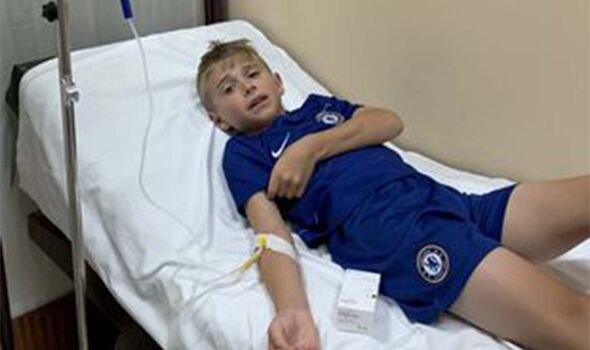 The 43-year-old, from South London, said: “When we arrived, our first impressions were good. However, beneath the surface there were a lot of things wrong.

“I recall the buffet food being left exposed and it was lukewarm at times. The same utensils were used to handle both raw and cooked food, and children were often seen touching the food. There were even flies around it. I also remember our bed sheets weren’t cleaned for eight days.

“Falling ill so early into our holiday left us unable to enjoy any part of it. Seeing my children unwell was the worst part, and I’m still not 100 per cent yet.

“All we want now are some answers as to how this happened.”

Myfanwy Bunting, 50, and her husband Dean, 49, from South Wales, had travelled to the hotel for their honeymoon with their daughter Edan, eight, in July 2019.

However, just three days into their two week break, Edan and Dean claim they began suffering unpleasant symptoms such as diarrhoea, nausea and a fever while Myfanwy fell ill the next day.

After returning home to the UK, Edan felt better but Dean and Myfanwy’s symptoms continued. Myfanwy, a self-employed property manager, went to her GP and was diagnosed with E.coli and Shigella.

She said: “While we were there, we noticed that the hotel kept shutting the pools for long periods of time. We were also concerned over the food not being handled well in the restaurants. We even saw some people picking up food, tasting it and then putting it back. After we fell ill, we spoke to our reps and hotel staff but we feel like they just fobbed us off and tried telling us that it was because we weren’t used to the heat or the spicy food. But we were certain this wasn’t the reason.

“I’ve never been so poorly, but it was still a huge shock when I found out I had E.coli as well as another gastric infection. It’s not something you expect to have to deal with on your honeymoon.

“Our holiday was ruined and Dean and I still suffer from gastric problems to this day.

“While nothing will make up for what we’ve been through, we just want answers now and to know if anything else could have been done to stop it happening to others.”

Neil Jones, 58, from Stoke-on-Trent, claimed he fell ill just two days into his holiday in July 2019 and only recovered three weeks later. Neil, a retired wall and floor tiler, said: “I remember feeling so unwell and that the cramps were unbearable. I’m a grown man and I was nearly brought to tears by them.

“It was supposed to be a fun holiday, but my illness ruined the whole thing. When my girlfriend went to the chemist abroad, they asked her if we were from the Jaz Aqua before she even said what the issue was. She also heard other holidaymakers discussing getting ill there. Clearly something wasn’t right there and we all deserve some answers.”

Hannah Clifford, the specialist international serious injury lawyer at Irwin Mitchell representing those affected, said: “To hear that so many people were struck down with debilitating illness after staying at Hurghada’s Jaz Aquamarine hotel is deeply concerning.

“Our clients were understandably looking forward to their holidays and were left devastated when they developed gastric symptoms. These types of illnesses can lead to severe long-term conditions and should never be downplayed.

“The families continue to have questions regarding what they’ve been through, but TUI have thus far failed to engage with us.

“While they would rather not be in this position, they feel they have no option but to commence court proceedings to help them obtain the answers they deserve.”