Camping and caravan holidays have seen a resurgence in popularity over the last year amid ongoing uncertainty regarding overseas travel. With many Britons hoping to avoid testing costs and quarantine, Blighty-based summer holidays have become rapidly more appealing.

Car and van experts at Perry’s found around half of UK residents are planning a staycation within the next six months, according to a recent survey of almost 1,500 UK adults.

However, with this has come crowds flocking to popular locations such as Cornwall, Devon and the Lake District.

For intrepid campers, the hustle and bustle of holidaymakers could take away from the tranquillity they may be seeking.

In a bid to help campers find a “hidden gem”, or even just provide the option for a peaceful day trip, Perrys put together a list of “best off-grid staycation spots in the UK”. 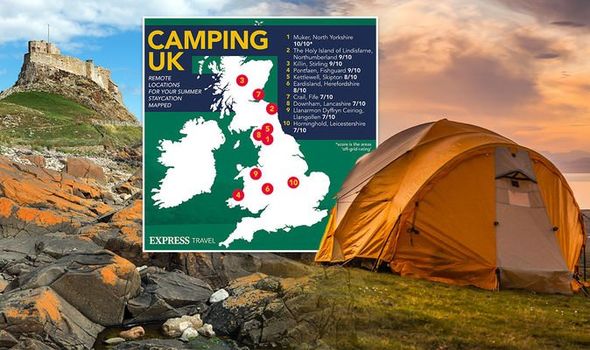 The experts analysed factors including the size of the local population, how good the 3G and 4G is both indoors and outdoors, as well as the proximity to nearby towns, cities and railways.

The smaller the population, the poorer the internet coverage and the more remote the location, the higher the score.

Taking the top spot is Muker in North Yorkshire which scored a full 10 out of 10 for its “off-grid” rating.

The Richmond village has a population of just 249 people and is 7.8 miles from the nearest town Hawes.

For those heading to the area, the experts recommend visiting Buttertubs Pass – a high road through the Yorkshire Dales boasting stunning views.

Following closely behind with respective scores of nine out of 10 are The Holy Island of Lindisfarne, in Northumberland, Killin in Stirling and Pontfaen in Fishguard.

The Holy Island of Lindisfarne has a population of just 180 and is only accessible by boat or via a causeway which disappears as the tide rolls in. 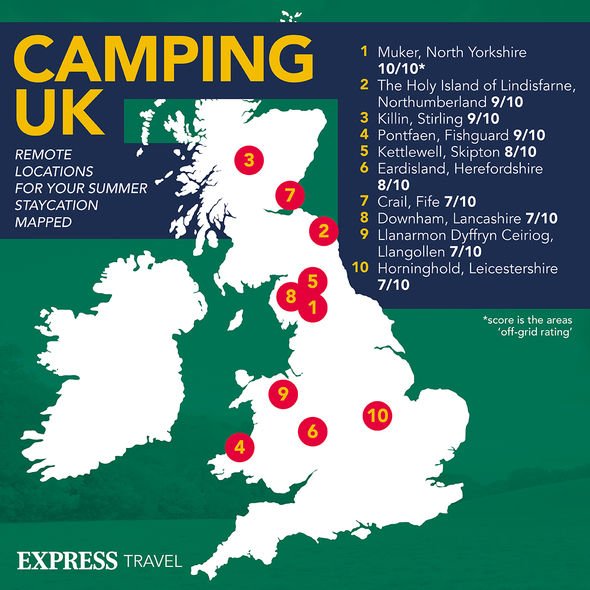 The nearest town is Berwick-upon-Tweed which is situated around 13.4 miles away.

Killin in Stirling, Scotland, is a quaint village at the Falls of Dochart.

It sits at the edge of Ben Lawers National Nature Reserve and the Loch Lomond and The Trossachs National Park, making it a perfect location for walks.

The village has a population of around 666 people and is 14.2 miles from its nearest village Comrie.

Pontfaen in Fishguard, Wales, is a small rural village with a population of approximately 311 people.

It is around five miles from its nearest town, Fishguard.

In fifth place for its “off-grid” qualities is Kettlewell, Skipton, in North Yorkshire.

This is followed by Eardisland in Herefordshire, Crail in Fife, Scotland, Downham in Lancashire, Llanarmon Dyffryn Ceiriog in Llangollen, Wales, and Horninghold in Leicestershire.

Below are the top 10 “best off-grid staycation spots in the UK”: