With its world-renowned wines and Michelin-starred restaurants, raise a glass to… a Catalan corker

Surveying rolling hills, vineyard owner Albert Jane expounds on the art of wine-making. ‘Through our wine we really express this landscape,’ he says. ‘It’s strong and robust.’

We are standing amid the vines of his Acustic Celler estate in the Priorat area of Costa Daurada, about an hour-and-a-half south-west of Barcelona.

Its long, hot summers and low rainfall make it ideal for growing garnacha (grenache) and carinena grapes. And while the wine produced here is low on quantity — Senor Jane produces 150,000 bottles a year — it more than makes up for it in reputation. 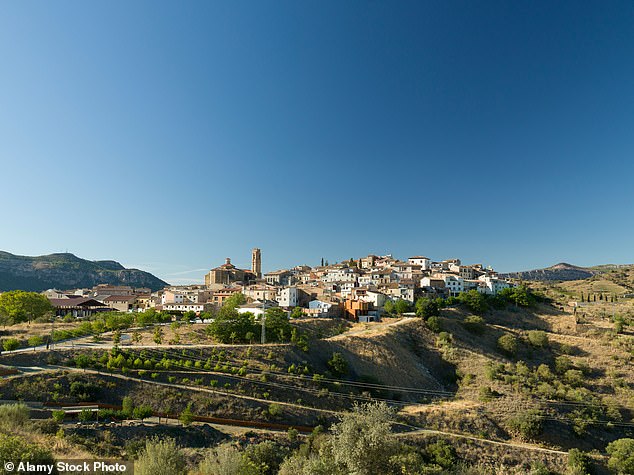 Acustic’s garnacha has been voted one of the best in the world and it is at the forefront of a gastronomic regeneration in the region. There are already three Michelin-starred restaurants — Can Bosch and Rincon De Diego in Cambrils, and Deliranto in Salou.

Costa Daurada (the Golden Coast) is in the heart of Catalonia. Our tour takes in Cambrils, Vila-seca and Salou, the latter having struggled with its past thanks to the ‘Saloufest’, when thousands of boozing British students used to descend on it. Now the tourist authorities are concentrating on a more wholesome indulgence — food.

Eating seems to be a full-time leisure activity, whether it’s pica pica (finger food) or more elaborate dishes with traditional twists. At the Arena Restaurant in Salou, you can sit overlooking the beach and enjoy fideua (like paella but made with short, spaghetti-type pasta) with cuttlefish, prawns and wakame aioli, or more pimped up Catalan dishes such as duck and truffle cannelloni.

Meanwhile, delights at the popular L’Indret in Cambrils include black squid and mussel rice with garlic and ous estrellats, scrambled eggs with potatoes and truffle oil. The whole concoction is mixed in a skillet pan at the table and has a sense of theatre. 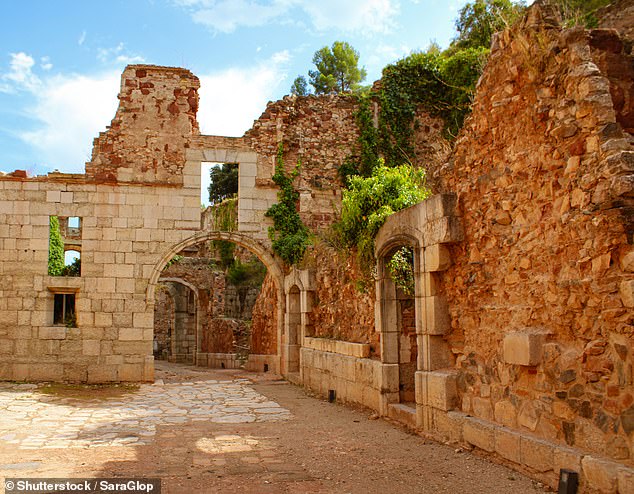 Pictured above is the Charterhouse of Scala Dei monastery, which was founded by Carthusian monks in 1194

Wine was brought to this region by Carthusian monks, who in 1194 founded the Charterhouse of Scala Dei (stairs of God). It’s said that when the monks were looking for a place to build a monastery, a shepherd told them he dreamed of angels coming down from the sky on a ladder to a pine tree.

The monks took this as a sign from God and planted vineyards. The monastery, in Morera de Montsant, is being restored and for €6 (£5) you can wander around the cloisters and gain an insight into their life.

Thirty of the top priors had their own cells and a medieval monk’s life was not such a bad one. They had their own bathing area, courtyard and vegetable garden. 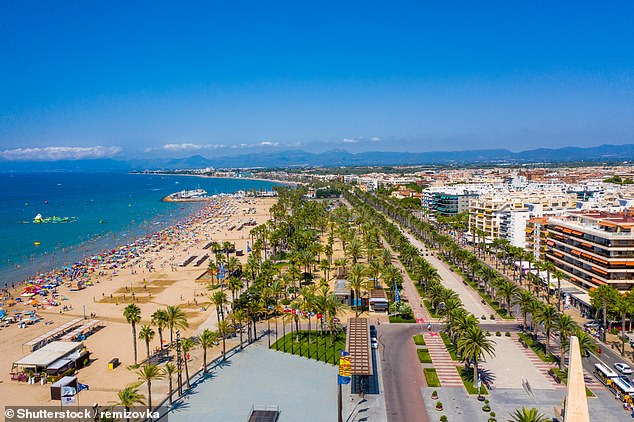 Tourist authorities  in Salou, pictured, are concentrating on promoting the region’s food

And being a silent order, they were practising mindfulness long before it was a 21st-century thing.

But the monks weren’t the first to put their mark on the region. In Cambrils, there are the remains of the La Llosa Roman villa, believed to date back to 1BC. It was uncovered in 1980 and revealed to have had its own jetty, as well as a slave quarters and livestock. A fun app at the site gives you a virtual-reality image of what life for a wealthy Roman was like.

Today’s wealthy citizens are more likely to be found at the chi chi Infinitum Beach Club in Salou. Set overlooking the sea with seven pools and three golf courses, it’s moving this holiday destination up a notch. 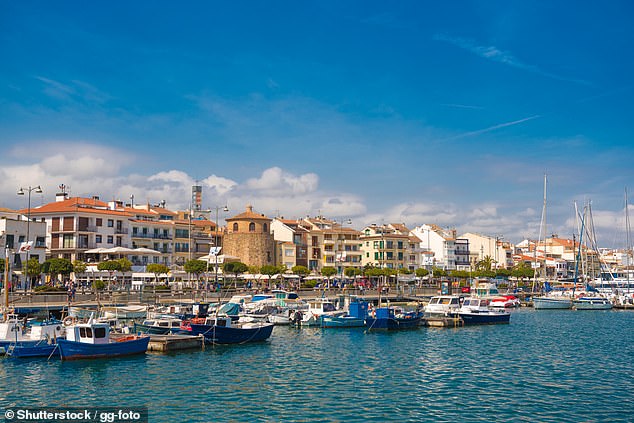 While visiting the town of Cambrils, pictured, dine out on black squid and mussel rice at L’Indret restaurant

Doubles at Palas Pineda (palaspineda.com) from £36 a night. Ryanair (ryanair.com) returns from Stansted to Barcelona from £25. For more information on Costa Daurada, visit costadauradalife.com.

Its Flamma restaurant serves up red tuna marinated in soy and garlic, as well as acorn-fed pork with mango. We love the crystal bread, a DIY antipasto: you rub tomato and garlic on toasted bread and sprinkle with olive oil and sea salt.

Taking a break from eating, we head off to PortAventura World. In high season and in non-Covid times it can have up to 40,000 visitors a day, so queuing is inevitable. But it’s well laid out with six different themed areas.

Leaving the rollercoasters behind, it’s back to our hotel, the Palas Pineda, for some downtime. Just minutes from the beach, a swim in the Balearic Sea followed by a long walk along the beautiful stretch of sand certainly clears the cobwebs.

Travel to and from Spain might involve a little paperwork. But sitting by the sea, the waves lapping, sun setting and a glass of red in hand, it all feels worth it.