Britain at its best: The beautiful ivy-clad Dorset village that has giant appeal

The Cerne Giant does not seem to have suffered too lonely a lockdown, being out in the open air and accessible from the fields around.

My first glimpse of his generously endowed outline is from a layby where the A352 joins Duck Street in Cerne Abbas. The chalk figure, 180ft from head to toe, is waving his club from the hill opposite.

His age and origins have long been argued about. Is he a prehistoric fertility symbol? A Roman depiction of Hercules? Or perhaps a 17th-century caricature of Cromwell, his unabashed anatomy mocking the Puritans? 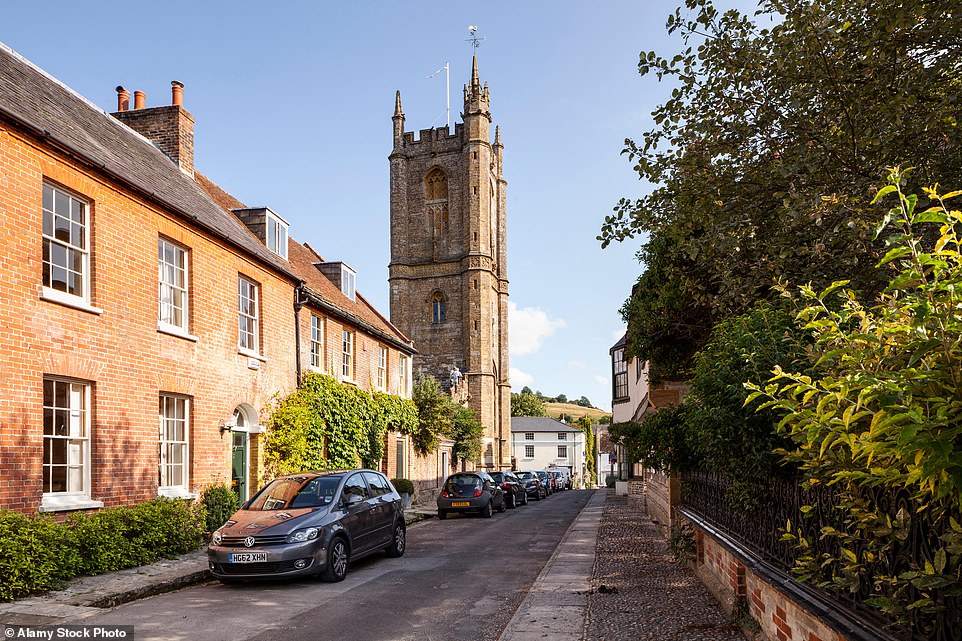 Historic: Cerne Abbas is a village in Dorset known for the Cerne Giant, an ancient chalk figure carved into hillside

Dating him might sound difficult but Hannah Jefferson, of the National Trust, says: ‘Just before lockdown, we took samples from the giant’s elbows and feet. Now scientific tests are under way to find out how old he really is.’

Cerne Abbas is as twee a huddle of thatch and ivy-clad Dorset cottages as you will see.

Tourism normally fuels the village economy, its fortunes lying squarely with the manly figure. ‘We all know what it is about the giant that gets people excited, don’t we?’ says Annette Beardsmore, landlady of The New Inn.

We do indeed. Ribaldry and innuendo inevitably attend the figure.

In the past, villagers have been upset by commercial interests trying to hijack him with various stunts. Among the guilty are Paddy Power, Raleigh and The Simpsons, whose promoters once painted a white Homer in Y-fronts on a neighbouring hillside.

All the same, in The Old Saddler arts and crafts shop, I find tea towels, mugs and aprons all glorifying his priapic image. And, in the Abbots Tearoom, families daintily nibble round the private parts of gingerbread giants. 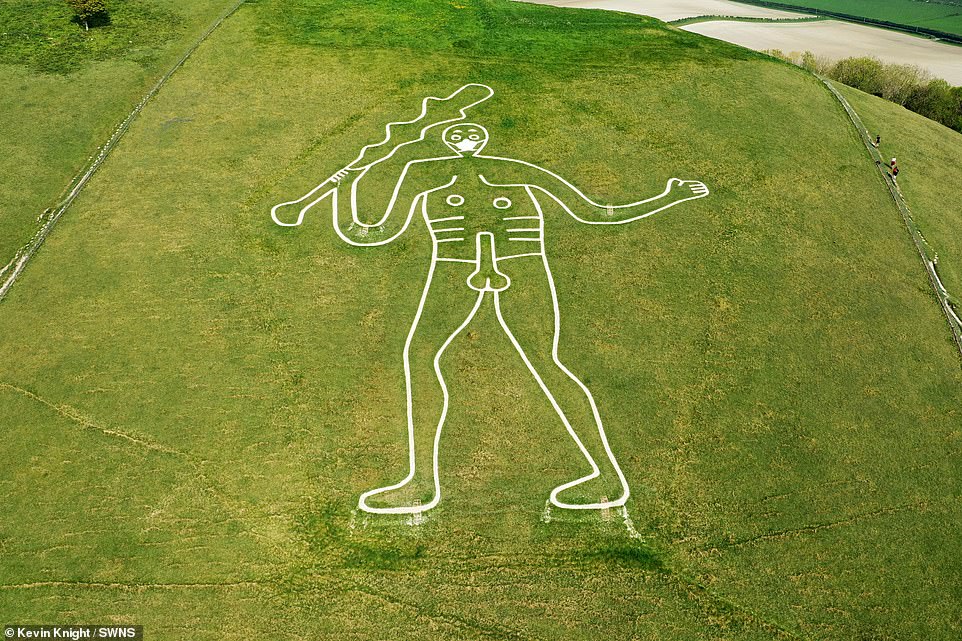 The New Inn at Cerne Abbas, thenewinncerneabbas.co.uk, has B&B doubles from £100. For more informationationaltrust.org.uk

From here I set off to climb Giant Hill, into whose steep, chalk western flank the figure is carved.

From Long Street at the village heart, Abbey Street takes me past a duckpond and through a graveyard skirting a ruined 10th-century Benedictine monastery.

The monks are among the suspected creators of the giant, one theory being that early Christianity was entwined with a fertility cult. Another belief is that the figure was the work of anti-Papists at the time of the Dissolution of the Monasteries, intended to satirise monkish habits.

Up close, he appears composed of scoured white paths, each about a foot wide. I pause near his club-wielding right arm where its outlines meander off in parallel, one trail joining his torso at a T-junction. His breasts are roundabouts, his ribs cul-de-sacs.

There has apparently been a long tradition of infertile couples ‘visiting’ the giant by night. He is credited with numerous conceptions, including the late Marquess of Bath’s daughter Lady Silvy Cerne.

One hard fact I discover, sitting on the summit, is that the giant enjoys stupendous views over the Cerne valley as he whiles away the centuries.

Later this year, National Trust archaeologists reckon they will be able to give him an age range, at least. But I am left with a sense that he deserves more anonymity. So, long live your right to silence, I say to him.

My favourite comment came from a lady I met in the Abbots Tearoom, who has lived in Cerne Abbas for more than 50 years. She said: ‘By the look of him, I’d say he is about 18, or in his early 20s at the most. And he always has been.’