Home » Travel » Discovering the Forest of Bowland, a hikers' and cyclists' paradise

Britain at its best: Discovering the Forest of Bowland – a hikers’ and cyclists’ paradise with great pubs along the way

Dark satanic mills, racing pigeons and curlers at the checkout — if this is your idea of Lancashire, you really need to watch less telly and get out more.

For a start, there’s no forest — at least not since the Middle Ages, when the term was used to denote a royal hunting ground. 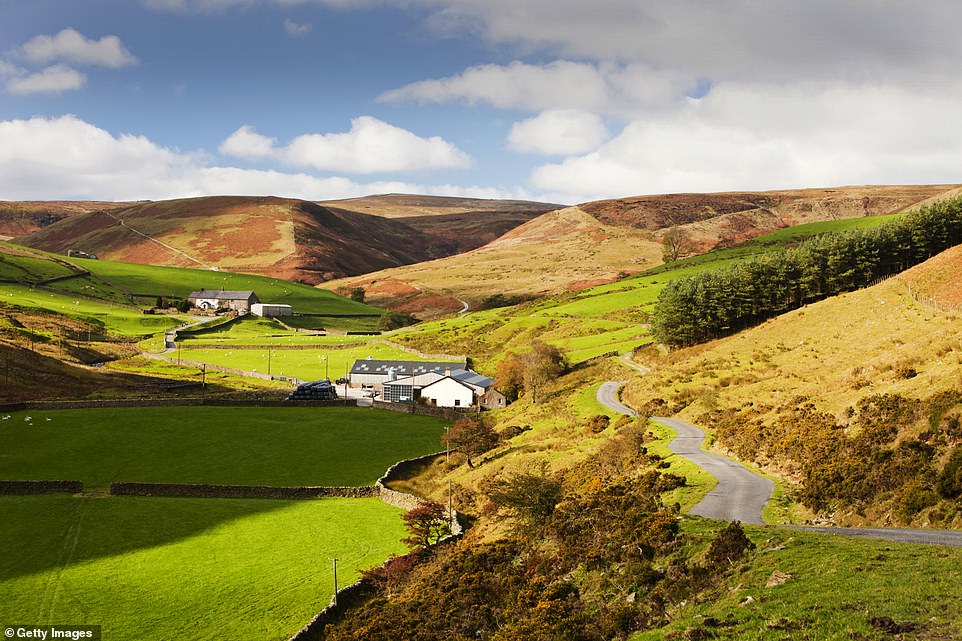 Bewitching: A farm in the Forest of Bowland. Will says the area is filled with ‘rippling green fells flecked with sheep and babbling streams’ 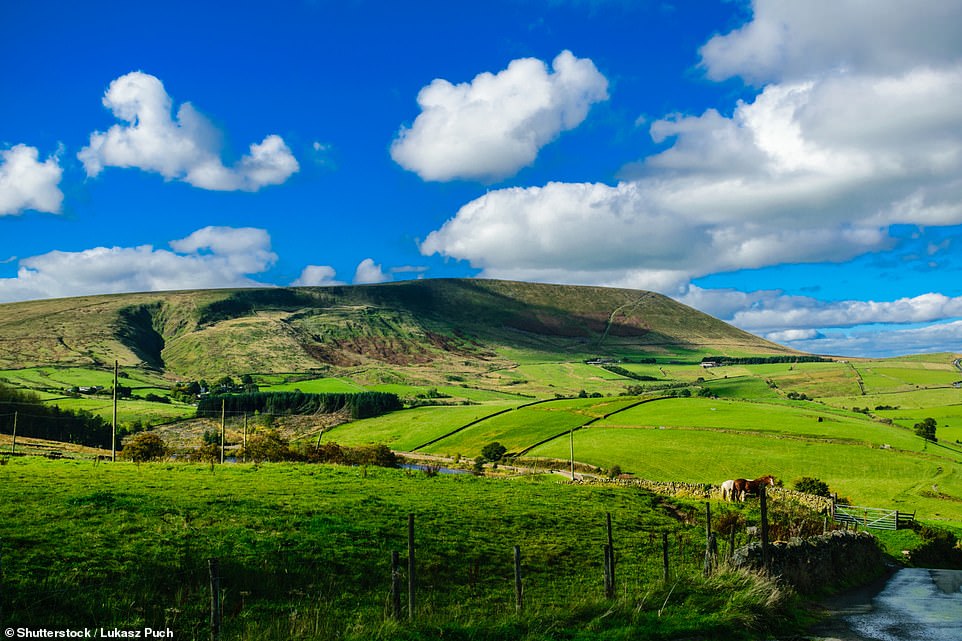 1,827ft-high at its summit, Pendle Hill, pictured above, is the Forest of Bowland’s most famous landmark

On the other hand, if locals talk to you about witches, well, those tales are definitely true.

In the early 17th century, Pendle Hill — the area’s most famous landmark and, at 1,827 ft, a good climb to blow away the cobwebs — was home to two families headed by elderly widows, Old Demdike and Old Chattox, who accused each other of sorcery. The feud ended in the gallows for ten — most members of the two clans, but other neighbours, too.

Back then, the area was described as being ‘fabled for its theft, violence and sexual laxity’ but these days it draws walkers who come for the fabulous views.

If you want to tour the area in your car, there’s a Pendle Witch Trail leaflet to download from Visit Lancashire’s website, steering you from Barrowford, past Pendle Hill itself and across the Trough of Bowland, ending up at Lancaster, where most of the accused witches were tried.

J. R. R Tolkien spent time here at Stonyhurst College in the 1940s. The landscape so inspired him that it’s easy to link some spots to his descriptions in The Lord Of The Rings. 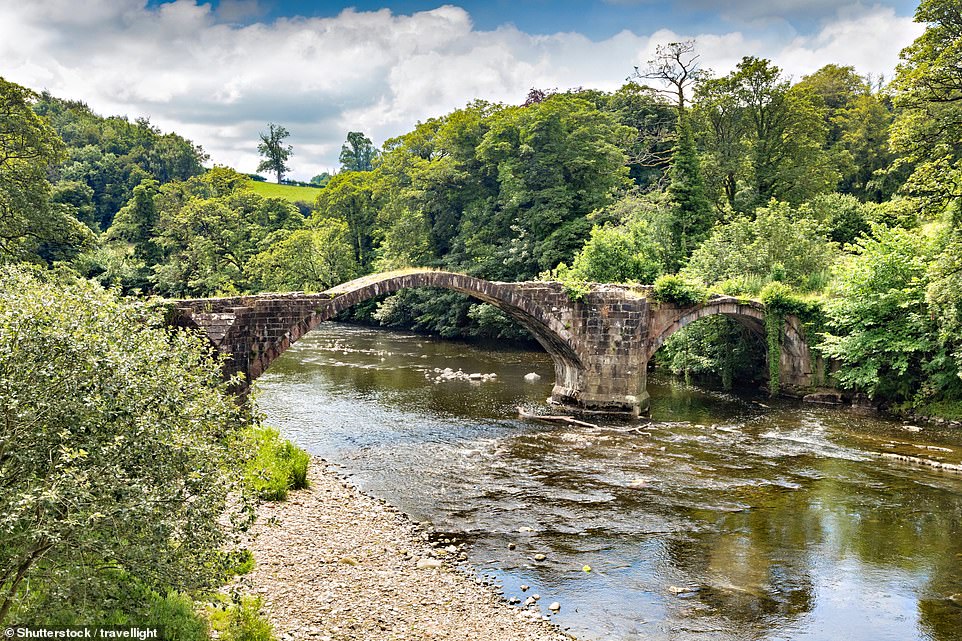 Pictured is Cromwell’s Bridge in the Trough of Bowland, which features on the Pendle Witch Trail 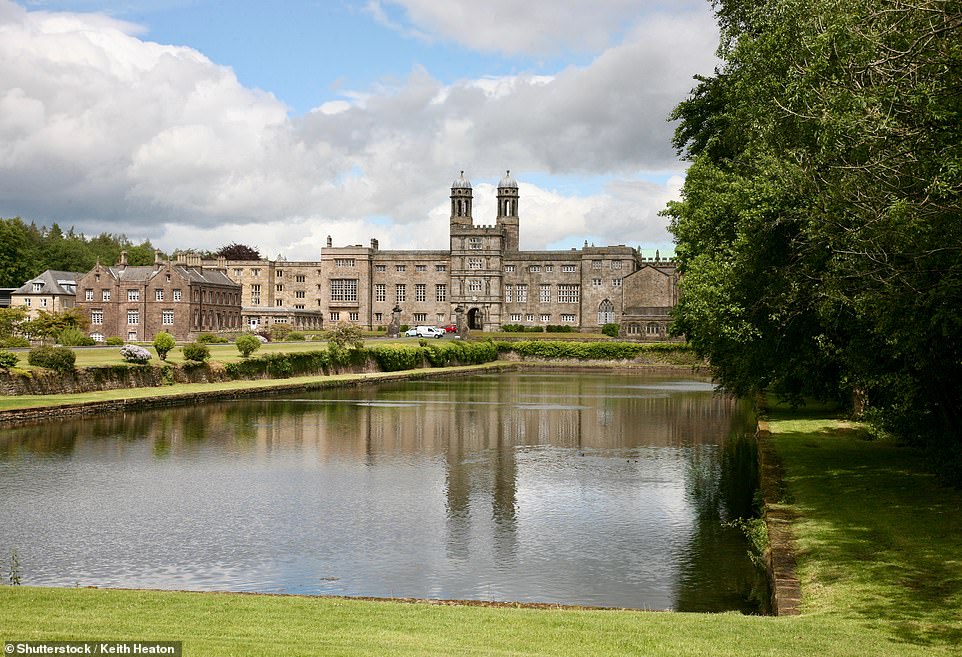 The Lord Of The Rings author J. R. R Tolkien spent time at Stonyhurst College, pictured above, in the 1940s 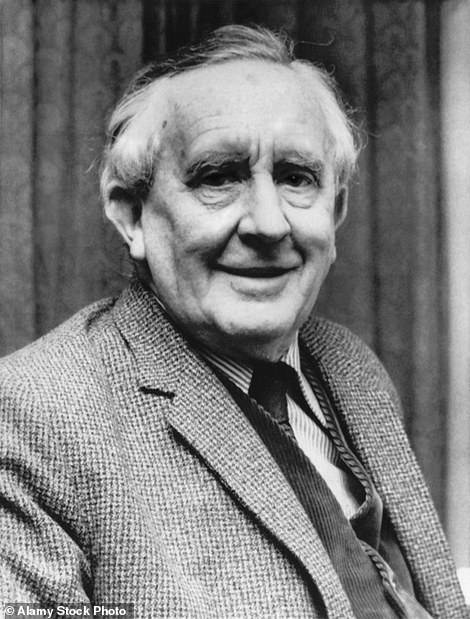 J.R.R. Tolkien, pictured, loved the area. According to Will, ‘the landscape so inspired him that it’s easy to link some spots to his descriptions in The Lord Of The Rings’

You can see for yourself on the five-and-a-half-mile circular Tolkien Trail, which starts in tiny Hurst Green.

Details are on the website of the Shireburn Arms hotel there, which serves up dishes such as Lancashire cheese and onion pie and slow-roasted lamb shank.

On a brooding midweek afternoon, with low mist tickling the hilltops, I tucked into fish pie and sticky toffee pudding at The Inn at Whitewell, a lovely country hotel and pub which was buzzing with locals and visitors.

I then spent a pleasurable few hours walking, with hardly anyone else about, exploring the fells and wildflower meadows lower down.

Nearby is Clitheroe, a handsome place with a ruined medieval castle.

The town is a good base if you want to explore with more amenities available.

It’s mentioned in about 1050, when the area was under the control of Earl Leofric, husband to the more-famous Lady Godiva.

Pausing at Holmes Mill, an 1820s former textile factory, which is now an upmarket venue with a hotel, cinema, bar, restaurant and food hall, I pick up snacks for a posh picnic on my hike.

I visit D Byrne & Co, a wine merchant with an impressive choice, and pick out a Californian Zinfandel for my next walk.

I decide to save it for the top of Pendle Hill, a suitable reward for a steep climb and Dutch courage in case I come across any witches.