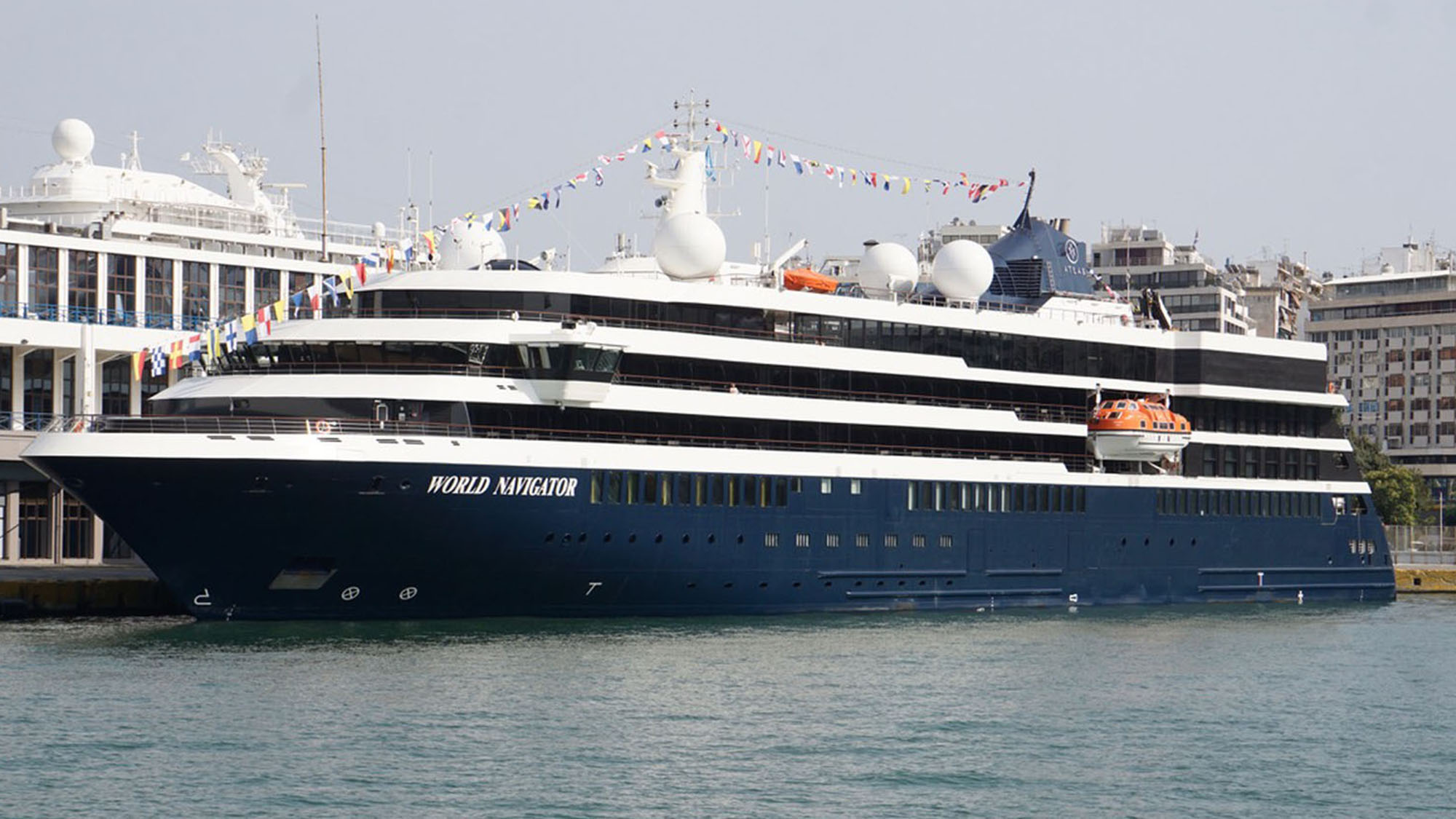 As Atlas Ocean Voyages’ new World Navigator sailed from Heraklion to Alexandria, the captain made a sobering announcement.

ABOARD THE WORLD NAVIGATOR — As a fan of classic ships and cruising, I was delighted to learn that Atlas Ocean Voyages’ goal is to emulate the shipboard vibe of Sun Line, a family-owned Greek company that was renowned for its casual brand of luxury and style.

This ship, the 196-passenger World Navigator, is the first of five ships that Atlas has on order. It is currently on its maiden voyage, a 10-day sailing between Athens and Alexandria, Egypt via the Greek islands.

Sun Line was considered the most deluxe of a number of Greek family-owned cruise lines that began operating cruise ships in the Aegean, eventually expanding to European, Caribbean and South American itineraries. The line formed in the late 1950s and lasted until 1995, when it merged with former rival Epirotiki Lines to form Royal Olympic Cruises, which went bankrupt in 2003. 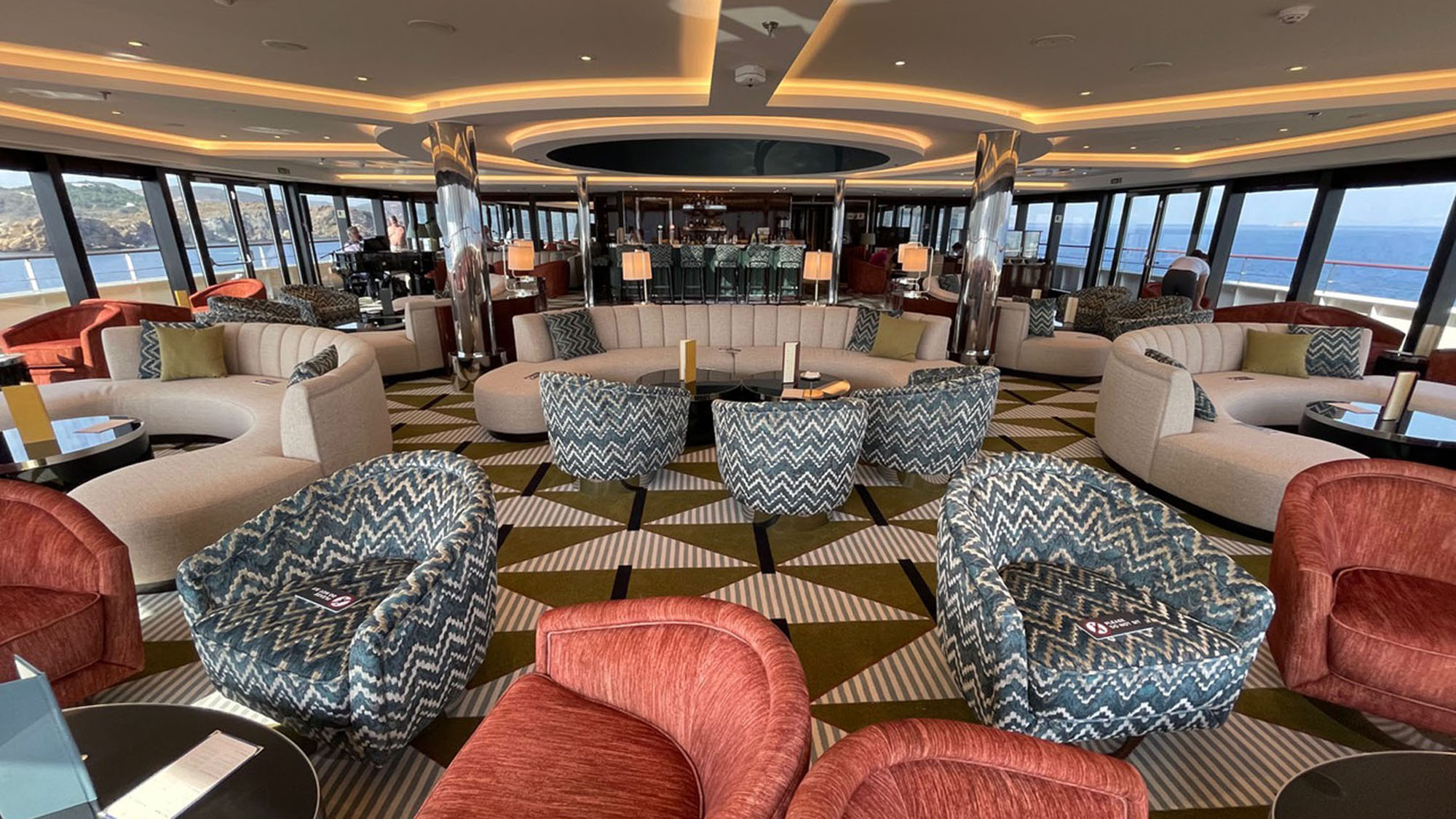 Atlas president Alberto Aliberti, who is onboard this sailing, shared that his first seagoing job was being in charge of the safety deposit boxes aboard Sun Lines’ legendary Stella Solaris. On that ship, wealthy ladies would present him with silk bags full of jewelry to care for.

But unlike other luxury companies that were stuffy and reserved, these ladies came to let their hair down and have a great time. Most would flock to the Stella Solaris’ Piano Bar, the ship’s social hub, which was one of those “what happened there, stayed there” places. That explains why on this ship, there are actually two piano bars: The Atlas Lounge and the Dome.

As the Atlas fleet expands, Aliberti said that he envisions a host of new and bold itineraries such as cruises along the Western Pacific region of Russia, Antarctica cruises that depart from New Zealand and voyages to and around the east coast of Africa. The goal is to offer something for well-traveled guests who are seeking new adventures.

In the meantime, when the Navigator completes its Mediterranean season, the ship will head to the Caribbean and eventually South America and Antarctica. 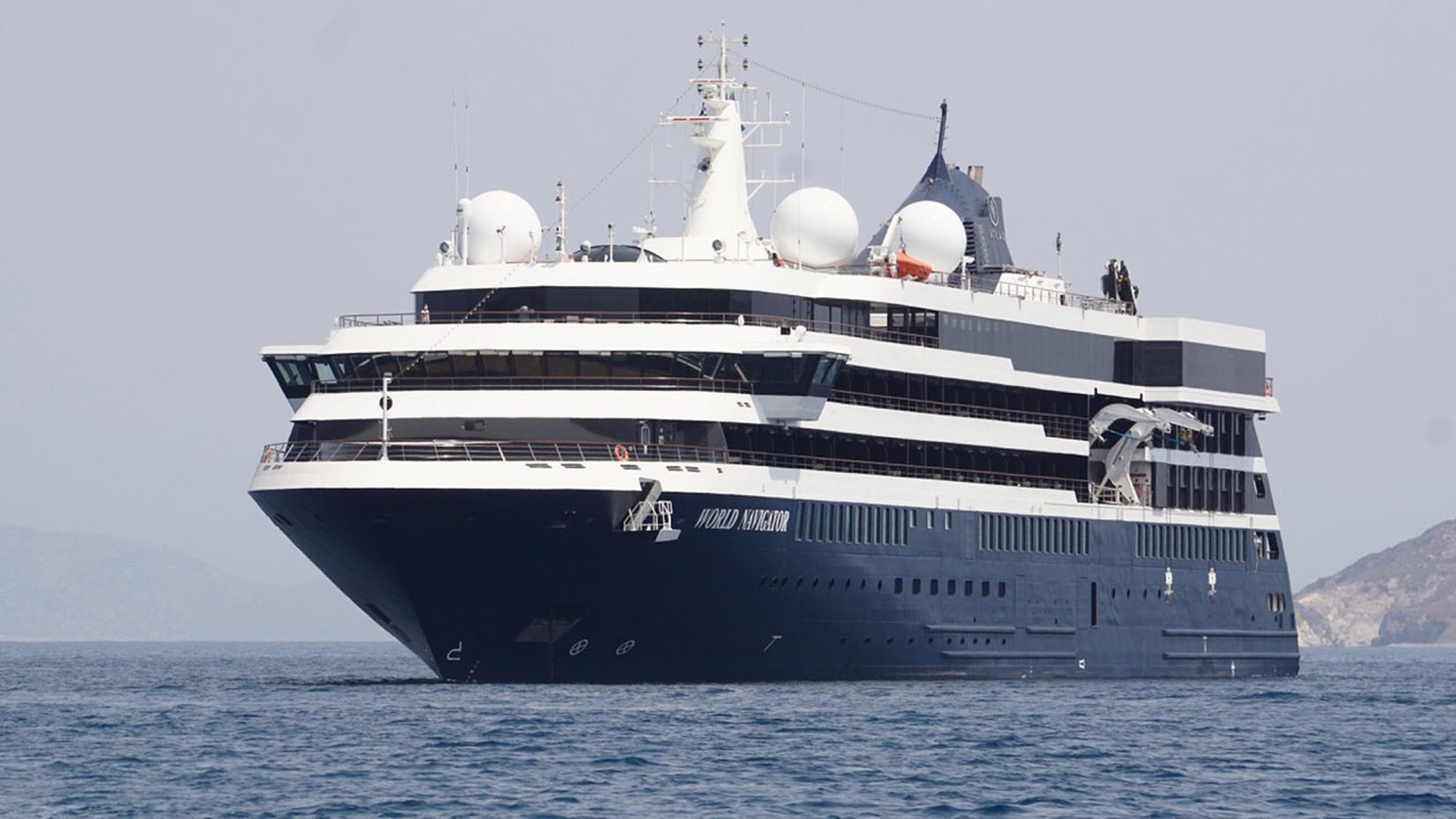 In building the World Navigator, Atlas learned from its parent company, Mystic Invest Holding, which currently operates about 60 river, cruise and expedition ships.

Our stateroom, a 270-square-foot Horizon Suite, has a Juliet balcony, basically a floor-to-ceiling window, the top half of which slides down with the push of a button. Especially during this heat wave, we have actually preferred this to a standard balcony, which would be uninhabitable.

This feature has proven popular on river cruise ships owned by Mystic and is now being emulated on other oceangoing ships. It came in especially handy the other day as we sailed out of Nafplion, allowing us to take some photos and video as the ship passed, all without having to brave the swelter.

And because of the extra space not taken up with a balcony, our Horizon Suite has a commodious sitting area with a large desk with a built in mini-bar and a Nespresso coffee maker, in addition to a cocktail table, two large chairs and a settee. The bedroom has a queen bed (that can be converted to two twins), a pair of night stands and an elevated shelf for small items and electronics underneath a flat-screen television. 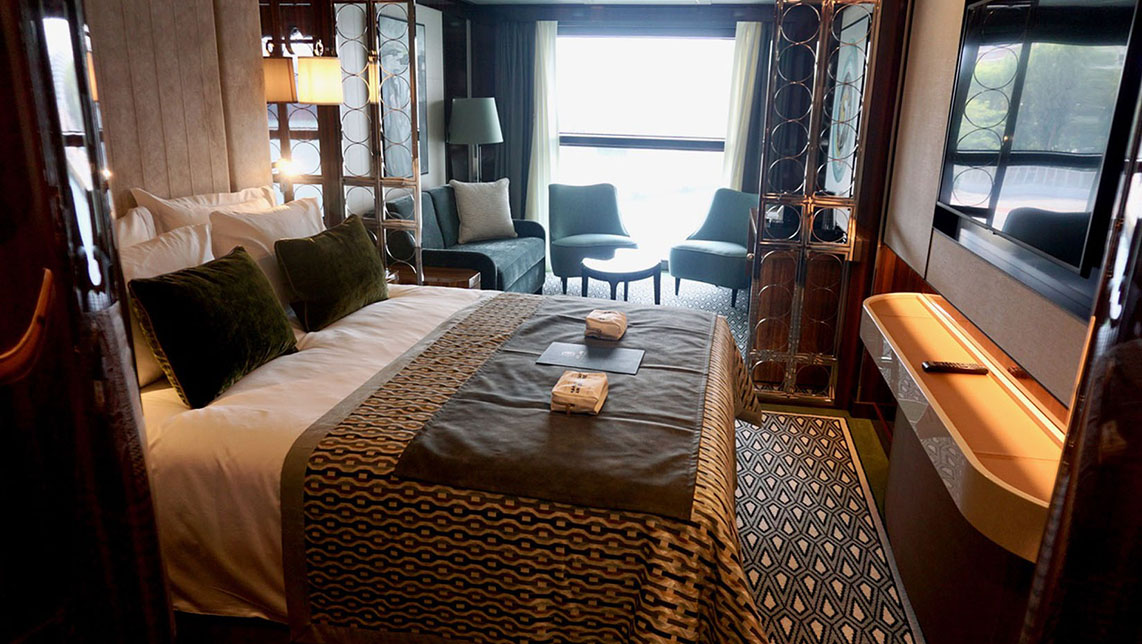 There is a large closet with drawers and shelves and the beds are thoughtfully tall enough to slide our suitcases underneath. The bathroom has a pleasing Carrara marble and tile finish and a shower offering rainforest, side and hand-held jets that I am still trying to figure out how to operate without scalding or freezing (or maybe a little of both) at the same time.

Other included extras are plush bathrobes, slippers, upscale L’Occitaine en Provence bath amenities and binoculars for use during the cruise.

While the atmosphere may emulate Sun Line, unlike the much-missed Greek outfit, Atlas includes roundtrip air travel, a shore excursion in every port, prepaid gratuities, polar parkas (not applicable to this itinerary, of course), emergency medical evacuation insurance and WiFi.