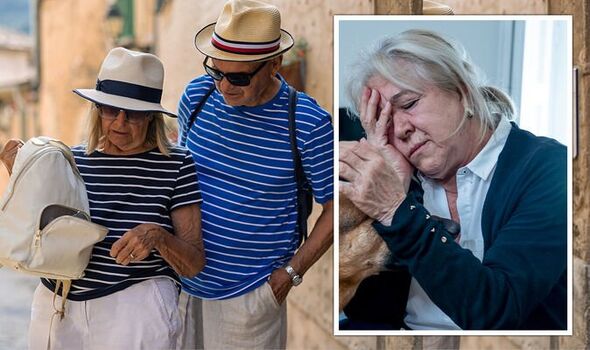 British expat John Bartram asked on social platform Quora: “Are there any dangerous parts of Spain that should be avoided? When I lived on my finca and also managed a farm, I regularly walked through a ‘village’ of simple buildings provided to Gitanos [Gypsies]. Never had a problem. I stayed in the entertainment district of Palma one summer and was fine. Only the English are known as troublemakers and they are, too,” he said.

Another expat named Fiona Pitt-Kethley, however, said she experienced some dangerous situations with her neighbours when she was living in Cartagena, in the south of Spain: “I had trouble when I lived on an English urbanisation.

“The elderly English who did not like anyone with kids or cats ran us out of the mainly English urbanisation by constant vandalism of our car.

“It was subtle stuff that could have made us crash with our nine-year-old kid. Evil people.

“Not saying all the English are evil but there are some bad ones in Spain. Have been much happier and more relaxed since moving away from them.”

Johan Smuts warned: “It is a well-known fact that tourists must be careful and look out for pickpockets on the Ramblas in Barcelona and on the trains during peak hours in all the big cities.”

However, he believed “Spain is probably one of the safest countries to live or to go on vacation”.

Pedro Lara said “there are only a few known and remote spots in some big cities like Madrid or Sevilla where safety is really not granted.

“But being a touristic destination there are situations in certain cities, more than places, where you should be careful and is more about pickpocketing and scams than personal safety.

“No surprises here: crowded public transports in peak hours, central spots like Puerta del Sol in Madrid, or Ramblas in Barcelona are always a hazard.”

Another expat, Bob Goode, commented: “The gypsies in Barcelona have traditionally had a bad reputation as pickpockets and petty thieves.

“They are being overtaken these days by the Rumanians. The other occupation is prostitution. I have never seen it so rampant as around Barcelona.

“The worst cities in my experience are Granada, Sevilla, Marbella and again Barcelona.”

Chris Marsden agreed: “The tourist areas of Madrid and Barcelona are quite dangerous. Also the metro systems.

“There are many gangs of pickpockets and thieves. My girlfriend, who is Spanish says she feels intimidated in these areas and wouldn’t go there alone.

“We have a friend who travelled on a busy metro in Madrid and her bag was cut open with a sharp knife and her possessions stolen.

“I live in Ibiza and it’s mostly safe here. In the summer in San Antonio there are a few nutty holidaymakers and some dodgy Senegalese women who will try and steal from you.

“Avoid these and all is fine.”

Mark Wiersma explained Mallorca, in the Balearic Islands, can be dangerous too: “There are certainly no go zones in Mallorca.

“I am living on this island now for six years and I would be careful.

“Although I have to admit and agree that most parts of the island are ok, and you should be aware of any danger anywhere in the world, every city has its danger areas.”