Tourism-reliant Fiji has proposed a ‘travel bubble’ to welcome visitors from virus-free countries, as the South Pacific holiday hotspot desperately tries to revive its stalled economy.

Without streams of international travellers flocking to their palm-fringed shores, tens of thousands of Fijians such as Ben Danford have been left without work.

Danford, who was laid off from his job as a river guide after borders closed in March, said he and his former colleagues were scraping a living as best they could. 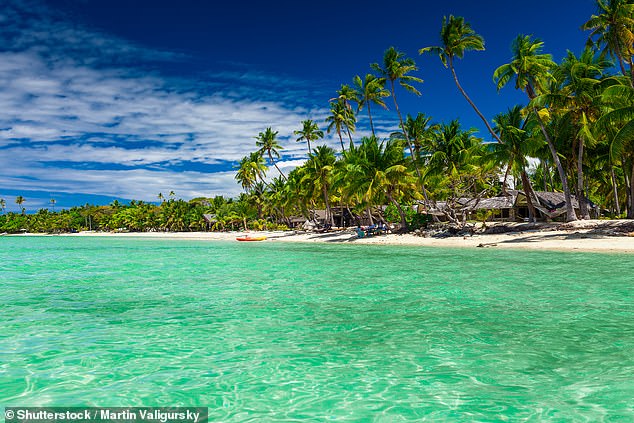 ‘All of the guys now are focusing on farming, planting root crops and selling them for daily needs and wants, and to support our families,’ said Danford.

‘We are happy if the borders will be open soon so that everyone can start working.’

In Fiji – a nation of 900,000 people – the government estimates tourism accounts for about 40 per cent of the entire economy.

The Fiji Hotel and Tourism Association (FHTA) says even that figure underestimates the industry’s influence, putting it closer to 60 per cent once related jobs are factored in.

In many communities, tourism has provided a lifeline for decades, helping the economy survive coups, natural disasters and the decline of the sugar and garment sectors.

But the financial shock has been powerful and immediate, virtually shutting down the industry overnight and prompting officials to warn the economy could shrink by more than a fifth. 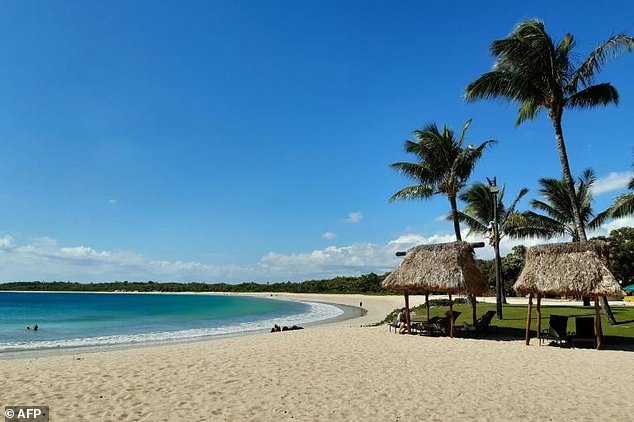 For decades, tourism has provided a lifeline for many Fijians. It accounts for about 40 per cent of the entire economy of the country

FHTA chief executive Fantasha Lockington estimates that up to 98 per cent of tourism workers have been laid off, while Fiji Airways has cut more than half its staff because of flatlining revenues.

Hopes for a quick recovery now rest on the creation of a ‘travel bubble’ that would bring holidaymakers from nearly virus-free Australia and New Zealand. Those two countries supply about 70 per cent of traffic to Fiji, general manager of the Treasure Island resort Jim Saukuru told AFP.

Saukuru’s resort on the white-sand beaches of the Mamanuca Islands, to the west of Fiji’s main island, has laid off 130 mostly local workers and is operating with a skeleton staff of 14.

‘The tourism industry is zero,’ he said. ‘To make things viable for our industry, Australia and New Zealand need to open up.’ 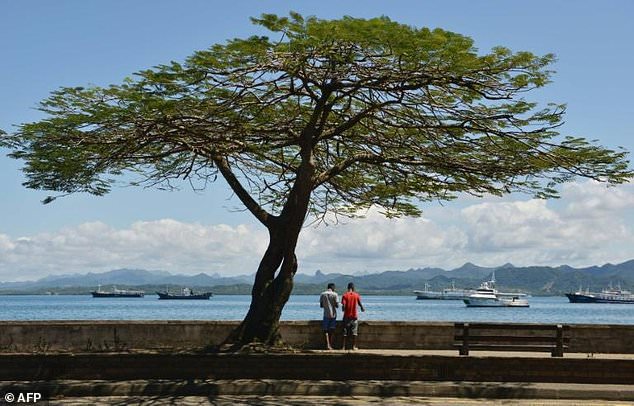 Officials in Canberra and Wellington have already opened discussions on a quarantine-free bubble across the two countries, to capitalise on their success in containing the virus, with plans to eventually expand it to include Pacific island nations.

However, with travel inside Australia still restricted and fresh outbreaks around Melbourne, even trans-Tasman travel [travel between Australia and New Zealand] appears unlikely before September.

Fiji Prime Minister Frank Bainimarama suggested allowing Australians and New Zealanders into the country provided they stay in areas sealed off from the general community.

Dubbed the ‘Bula Bubble’ –  after the Fijian word for hello – it would create a VIP zone for tourists that begins on their aircraft, then extends to special lanes through customs and transport to a geographically isolated resort.

‘While Australia and New Zealand work out their trans-Tasman bubble, Fiji’s equal – or arguably greater – success against the virus puts us in a position to take the lead in the Pacific,’ Bainimarama said.

‘This Bula Bubble will allow Aussies and Kiwis to once again enjoy the best of Fiji, while remaining separate from any other travellers and the general public.’ 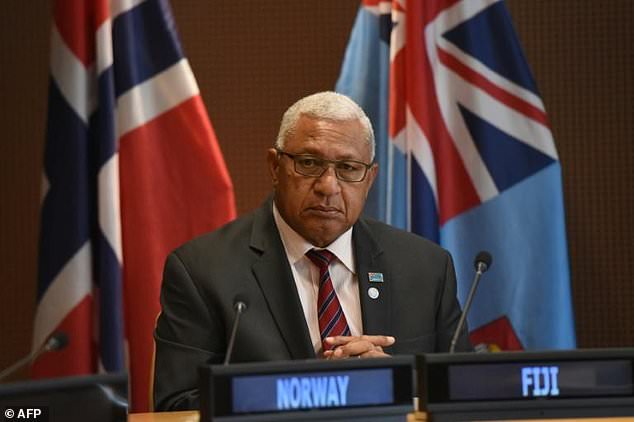 Bainimarama said quarantine restrictions could eventually be lifted for visitors who test negative for the virus and come from any country that Fiji deems ‘Covid-contained’, although he did not specify what criteria this involved.

Fiji has earned praise for its Covid-19 response, becoming one of the few nations to eliminate the virus, after recording 18 confirmed cases and no deaths.

Opening up the borders poses a risk of reintroducing the virus, no matter what precautions are taken, and weighing that grim prospect against economic meltdown is proving as difficult in Fiji as anywhere else on Earth.

‘The industry is really, really desperate for the borders to open up, but every business knows the threat of coronavirus is real,’ Lockington said.

‘Businesses just want to know when things will open up again and how to prepare.’