Flights can range between short haul and long haul and those travelling many hours in the sky may want or need a sleep before they reach their destination. This can often mean passengers will recline their chair so that they are lying down which makes sleeping easier. However cabin staff strongly advise against doing so because of one safety issue that could cause injuries.

Cabin crew have many rules and regulations that they must follow whilst in the sky.

One rule that passengers can often find annoying is the upright seat rule that means passengers must not recline their seat during take off and landing.

Firstly, it makes it easier to evacuate the plane in case of an emergency if the seats are upright. 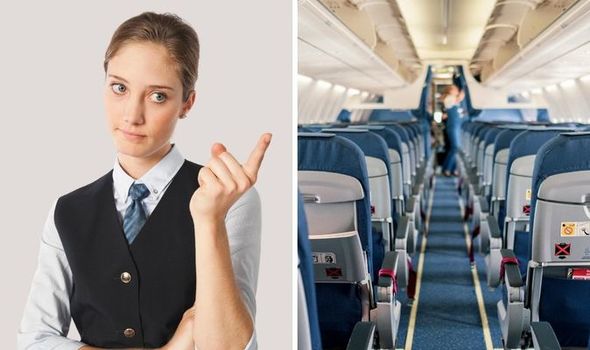 Planes are known for their small amount of legroom and it can be hard for passengers to exit their row even when the seats are upright.

Another reason is that an upright seat can help limit injuries onboard if there was an emergency.

These rules also apply to blinds and armrests too.

However these rules only apply during take off and landing because they are known to be the two most dangerous parts of flying.

DON’T MISS:
Hand luggage secrets: How to beat easyJet cabin baggage rules with these surprising steps
Flight secrets: Cabin crew member reveals what clothes you should wear on a flight
Flights: Cabin crew issue warning over popular beverage onboard that you should avoid

Ensuring the seats are upright during both take off and landing also reduces the risk that your face or body will hit into the seat back in front of you during a bumpy landing.

Many suggest keeping seats upright throughout the duration of the flight and bringing pillows and blankets to be more comfortable.

This is because turbulence can cause passengers to move around their seats and if a seat is reclined, they could hit their head on them.

If your seat is reclined, you’re at a greater risk of head injury, because your head would have further to travel before impact which will generate more force. 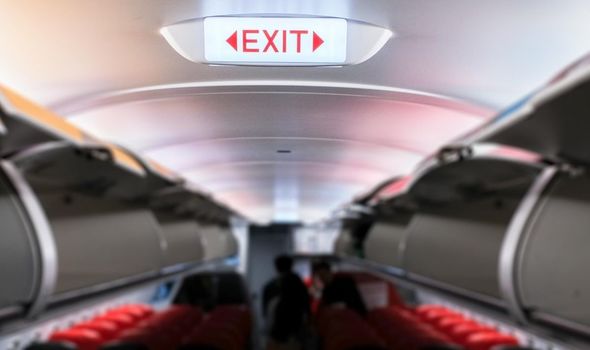 Other than causing injury, reclining your seat can often be extremely annoying for the passengers behind you.

It will limit their legroom further as well as them having a restricted view of their in-flight television if it is a long flight.

One flight attendant took to Reddit how reclining your seat is inconsiderate towards other travellers.

They wrote: “Airplanes legroom is significantly limited as it is and no one wants to have to put up with someones seat fully reclined in their face for the whole of their flight. 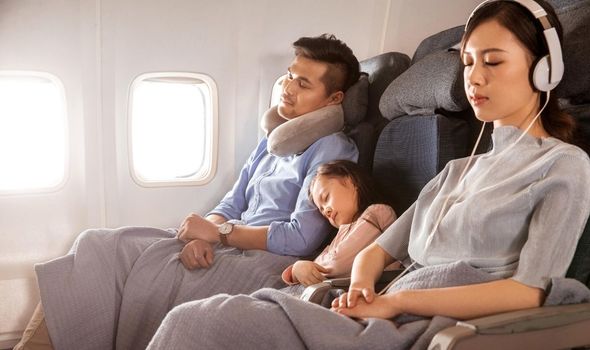 “Keeping it up will make the whole flight more enjoyable for everyone, just get a travel pillow or blanket to put behind your head or get a window seat.”
Posting onto a forum on Skyscanner, many frequent travellers have expressed their thoughts and options on the debate surrounding reclining plane seats.

One person wrote: “They should completely remove that function from all chairs. I never ever recline. It is extremely inconsiderate and I don’t care if it’s a long flight or not.”

Another said: “Personal pet peeve is people reclining as soon as they sit down. Please, we haven’t taken off yet, this is like a 1 hour flight, I don’t think you need to be horizontal for this.”

“My other issue is (and you’d be surprised how often this happens) the person in front of me will always wait until the trolley has just passed and I have put a drink down for them to throw their seat back and send my drink flying all over me,” commented a third.