The Armchair Traveller: Gear up for a bike ride to Turkey – without leaving your sofa

Here we pick a selection of the best travel-related programmes, books and radio shows that will provide some isolation inspiration for the week ahead. 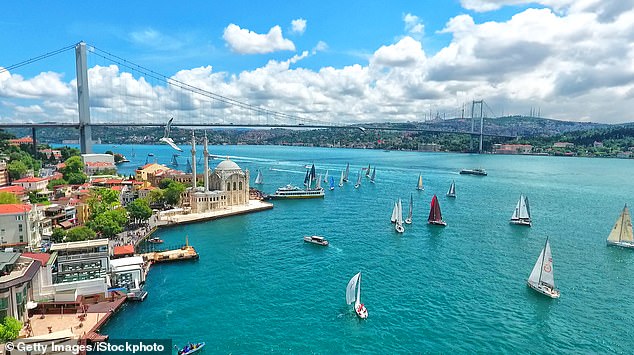 Glorious: Beat the blue with Helen Moat’s tales of Istanbul in her book A Time Of Birds 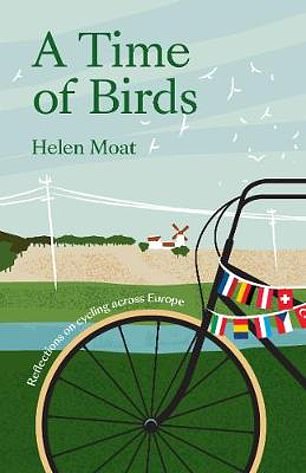 Helen embarks on a 3,000-mile cycle ride with her 18-year-old son Jamie

Midlife crises come in many forms: shiny sports cars, gym memberships, flashy clothes. For Helen Moat, a 50-year-old teacher from Northern Ireland, it was slightly different, as she describes in her travel book A Time Of Birds.

One day, out of the blue, Moat declares she wishes to cycle to Istanbul. She asks her startled 18-year-old son Jamie to join her, and soon they are off on their 3,000-mile journey.

Moat’s ‘blunted’ feelings and the ‘dullness’ in her brain quickly lift as the pair pedal away on an inspiring adventure through the Netherlands, Germany, Hungary, Romania and Bulgaria.

On her travels, Moat thinks often of her 92-year-old father, who found solace in birds, and reflects on the Troubles in Northern Ireland. Yet this is not a downbeat read. There are humorous encounters and joyful times as they whizz along, plus some hairy moments — especially near Istanbul on a crazy ‘suicidal service road’. 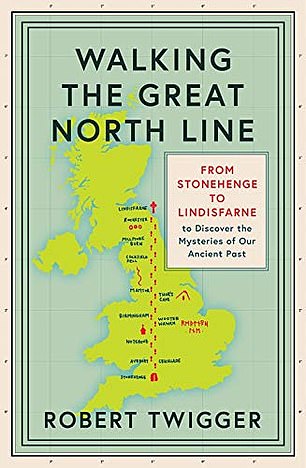 Robert Twigger sets forth on a 390-mile hike from Christchurch in Dorset to Lindisfarne, Northumberland, in Walking The Great North Line

Veteran travel writer Robert Twigger, 57, is contemplative, too, as he sets forth on a 390-mile hike from Christchurch in Dorset to Lindisfarne, Northumberland, in Walking The Great North Line.

He has noticed a straight line of 42 ancient sites between the two places, including Stonehenge, Avebury, Mam Tor, and Ilkley. He dubs this the Great North Line.

With a couple of friends and some rum, Twigger heads north, his pals tagging along until Avebury, sharing midlife woes, and complaints about blisters and sleeping bags.

This is a warts-and-all tale, with plenty of uncomfortable nights spent in hollows in sheep fields.

At Lindisfarne, Twigger has a ‘mini-enlightenment’ that it is ok to be ‘non-conformist, an eccentric’. By then, you can’t help but agree. 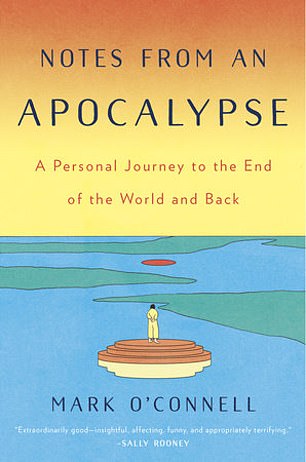 With uncanny timing, new father Mark O’Connell’s intriguing Notes From An Apocalypse is all about the Irish writer’s ‘anxiety’ around the planet’s precarious future.

This prompts an offbeat adventure to see escape bunkers in South Dakota, remote landscapes in New Zealand where billionaires are building retreats, hideaway camps in the Scottish highlands, and Chernobyl — where a tourist bus takes him to the site of a modern day ‘apocalypse’. An uneasy read for uneasy times.

Watch on as camels race one another while being ridden by remote control ‘jockeys’, and whale sharks (the world’s largest fish) swim in waters near oil platforms in a behind-the-scenes look at the Arabian peninsula. 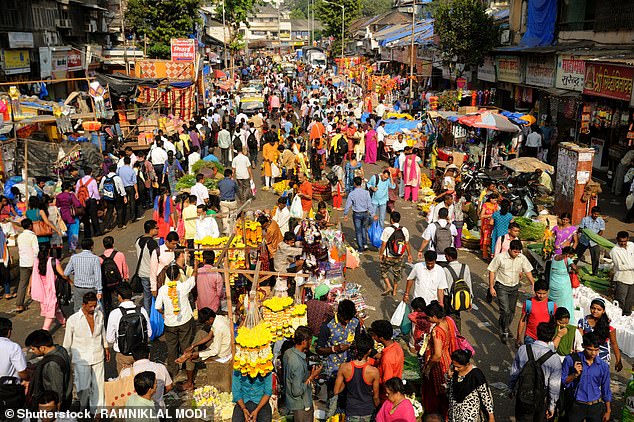 When the three Thomas brothers — Ryan, Adam and Scott, from Coronation Street, Emmerdale and Love Island respectively — swap the North of England for Mumbai to trace their roots, they are in for many culture shocks. Accompanied by their droll father Dougie, this week they find their inner Zen, while Scott has a hair styling session involving flames.

As rumours circulate about the health of Kim Jong-un, find out more about his secretive nation with this Michael Palin documentary.

When William Golding wrote Lord Of The Flies, his classic tale of boys surviving alone on a Pacific Ocean island after a plane crash, it was initially rejected by publishers for being ‘rubbish and dull’. Luckily one disagreed!

Enjoy this first part of an excellent BBC adaptation that will run over several days. 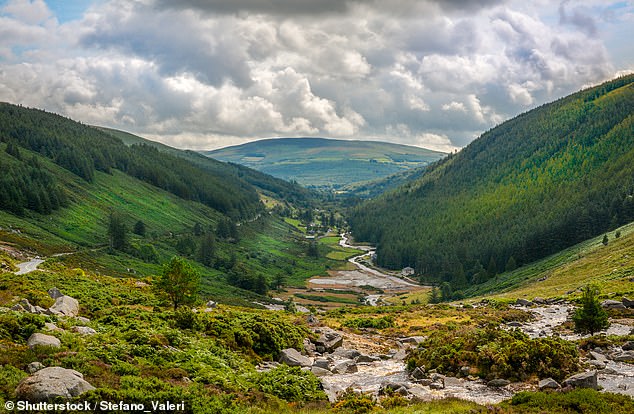 Travel along the Miners’ Way, exploring remote valleys in County Wicklow, Ireland, in the company of Jane Clarke, who has written poetry to complement the gorgeous landscape.

She also interviews locals about old mining ways and how life has changed over the years.

Anyone for crystal clear waters, white-sand beaches and baking hot sunshine? Save 40 per cent on a six-night, post-travel restrictions, half-board stay at Anantara Kihavah Maldives Villas — now from £7,070 for two. This includes lunch in its underwater restaurant, a manta ray snorkelling trip and a stargazing experience (kihavah-maldives.anantara.com).

Imagine being on a seven-night spa break at the Evian Resort Hotel Ermitage on the peaceful banks of Lake Geneva in the French Alps — and then book it, if you like. The post-restrictions B&B price is from £942 pp, 20 per cent off — flights are extra (hotelermitage-evian.com).