Google Maps Street View throws up some truly intriguing spectacles despite its function as a geographical tool. Google cars travel the world and capture their environs. In doing so they inadvertently snap people going about their lives.

Most of the time there’s little of interest about the very ordinary folk photographed.

However, on some occasions, people really stand out.

This was the case for one woman in what is believed to be Bulgaria.

Her pose left viewers “scared” when they spotted what she was holding. 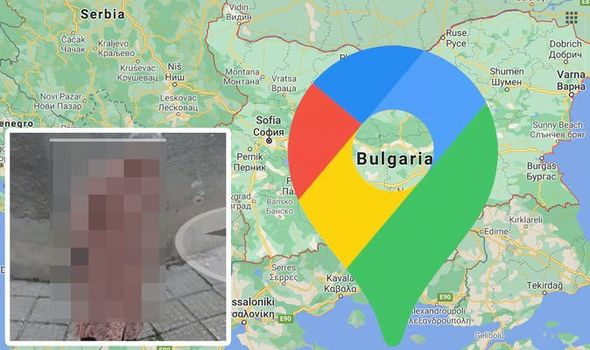 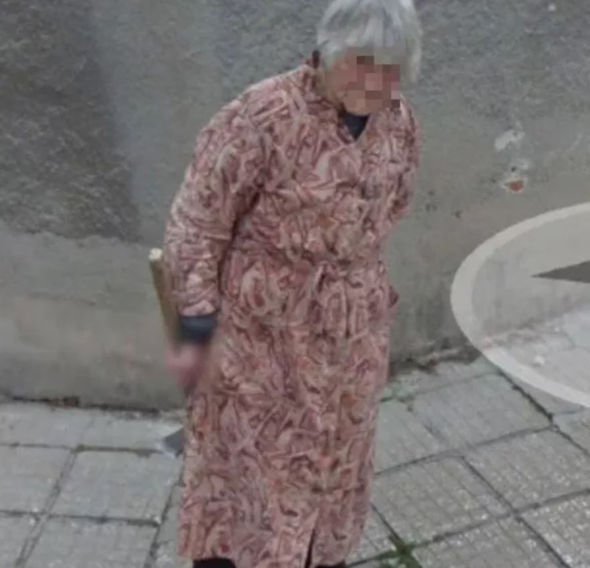 The elderly woman was spotted standing on a street corner.

She is wearing a red and white overcoat belted up at the font paired with black trousers and shoes.

Behind her back, the woman, inexplicably, is holding a small axe.

To make the situation even stranger – and more suspicious – it also looks as though she is attempting to hide the blade behind her as the Google car passes.

Adding further to the sinister nature of the shot, the woman seems to be glaring angrily at the camera under her heavy fringe.

What could this woman be up to and why does she have an axe?

The photo was captioned: “Just your innocent old granny out for a stroll.” 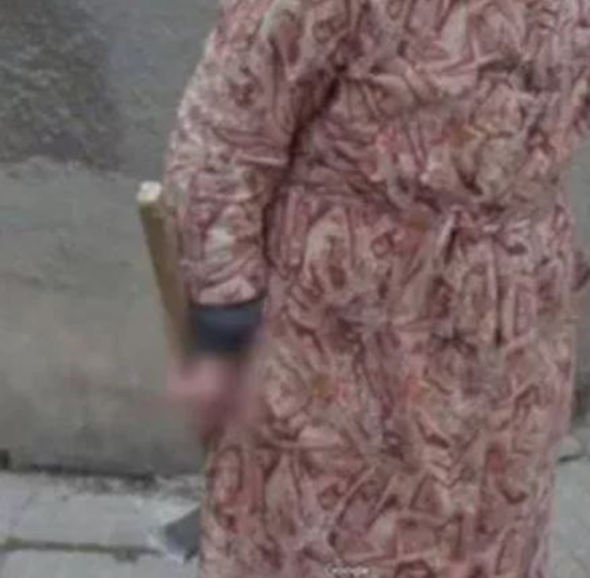 The image sparked a strong reaction for some. “I’m scared,” one wrote.

Many commented on her red and white patterned coat – drawing gruesome comparisons.

“Um why is she wearing a trench coat made of human entrails?” one person jokingly wrote.

Another replied: “It’s made out of the young men who wouldn’t help her cross the street.”

Others imagined what those driving the car would have thought. “Google Car Crew: Keep moving. We saw nothing,” a Reddit user penned. 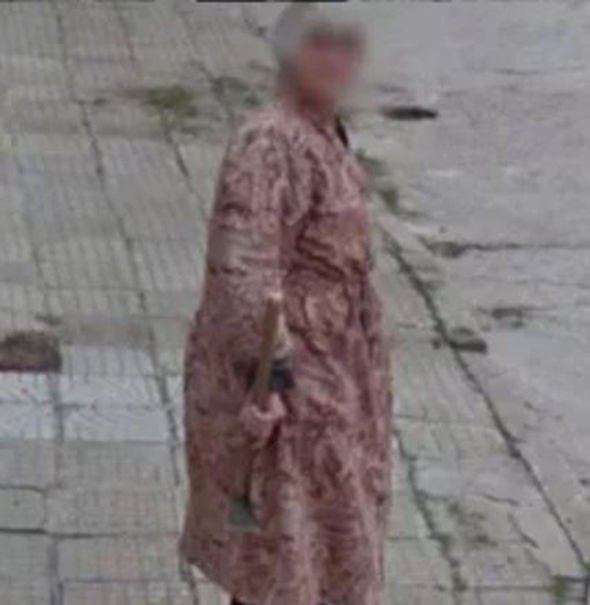 Some noted that in some of the shots her face was not blurred but the hand holding the axe was.

“The murder hand must be blurred for privacy,” one person quipped.

However, others suggested the image was not as sinister as it first seems.

“I believe that’s an adze or mattock, not an axe,” one offered.

Another said: “That’s a spade/trowel, not an axe… if it was an axe, the blade would be vertical and parallel to the handle, not perpendicular.”