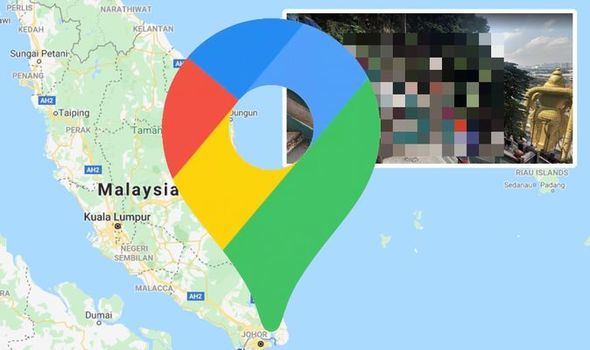 Google Maps Street View can throw up some truly bizarre spectacles. It’s the oddest of these that often go viral online. This was the case for one shocking sight spotted in Malaysia.

It was shared to content-sharing site Reddit where it garnered attention.

The shot was taken at a famous historical site in Malaysia – the Batu Caves.

Built into the limestone mountains, the caves incorporate religious sculptures of the Hindu faith and are around 400 million years old.

One of Malaysia’s most-visited sites, the caves lie 17km from Kuala Lumpur. 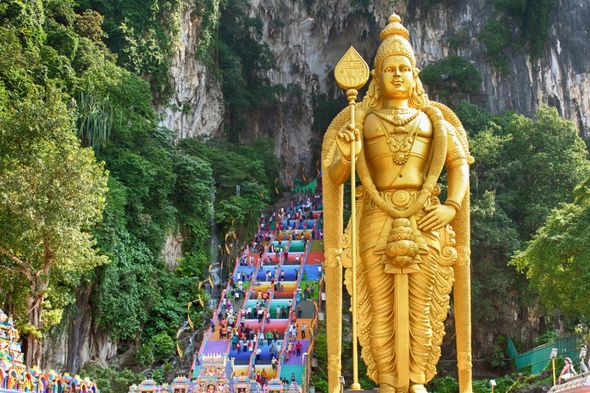 A set of wooden steps were built to help visitors access the 400 foot-high temple cave in the last century which went on to be replaced with concrete steps.

It’s on these steps that the striking sight was caught.

The photo shows a number of tourists making their way up and down to the Batu Caves.

It’s one man in particular that catches the viewer’s attention, though.

There, in the middle of the image, is a floating head.

Bespectacled and hirsute, the head clearly belongs to a man.

However, no body can be seen in the slightest, so what could have happened to him?

The unusual nature of the shot deepens when one looks to the left. 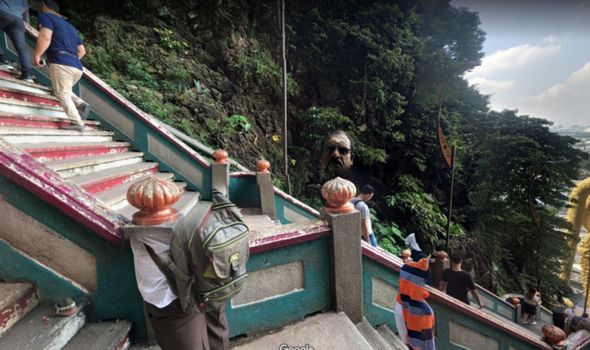 There a person’s body can be seen – but above the waist, nothing can be seen. Their body seems to disappear into thin air.

Whether the body and head belong to the same visitor is not known but the strange scene certainly raises some questions.

Is this curious phenomenon linked to the ancient and religious nature of the Malaysian site?

While there’s no denying the ghostly nature of the image, there is likely a rational explanation.

Probably the Google Maps Street View shot has been affected by a technological glitch. 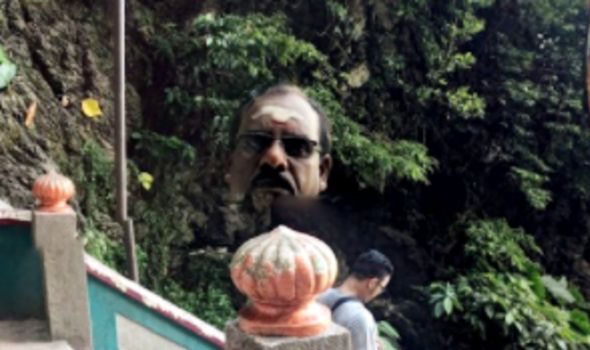 Sometimes with such photos, photography splicing causes a problem due to the way the images form.

It’s possible the peoples’ movement as the images were taken resulted in the strange photo.