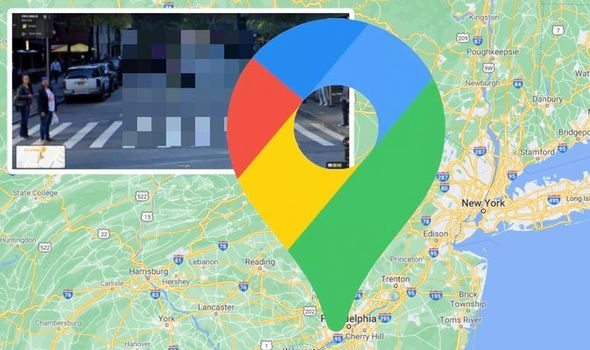 Google Maps Street View often captures people going about their daily lives. While most folk are snapped in the middle of fairly mundane activities, some really stand out. An image of one such figure has been posted to content-sharing site Reddit.

It pictures a street in New York, USA.

The photo has been taken from the middle of the road and shows a zebra crossing.

Two people can be seen on the right of the crossing.

Two others are on the left have started to stride across the road. 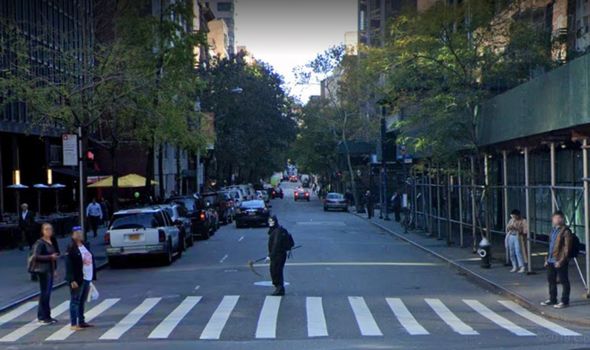 However, it’s the figure in the middle of the road which sends a chill down one’s spine.

Standing in the centre of the crossing is a person clad entirely in black.

Their hood is pulled up and a black rucksack can be seen on their back.

However, the two most terrifying features about this figure are what’s on its face and what’s in its hand.

Where a human face should be is what appears to be a skull-like visage.

The skin is eerily white while the eye sockets are very black indeed.

Further imbuing the scene with horror is the weapon the person is holding.

Clasped in its right hand, is what appears to be a scythe. 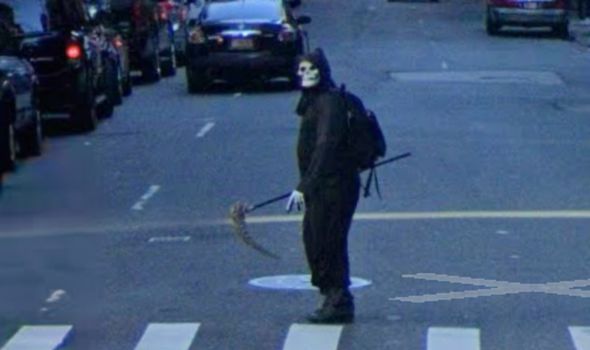 In fact, the figure looks just like the mythological representation of the Grim Reaper.

This skeletal character – synonymous with Death – causes its victim’s death by coming to collect that person’s soul, according to many folk tales.

The Reddit user who shared the shot certainly made the link.

“Scary Grim Reaper found in New York!” they captioned the alarming the photo. 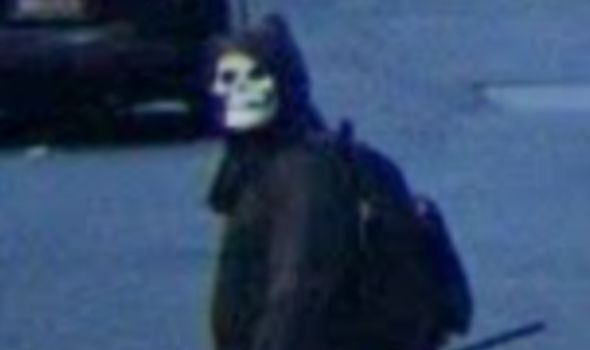 So is the New York sighting really Death come to pay a visit?

The reality is probably that the figure is not the Grim Reaper at all.

The person is likely someone enjoying a spot of fancy dress.

With Halloween approaching, such sights might not be so rare soon…