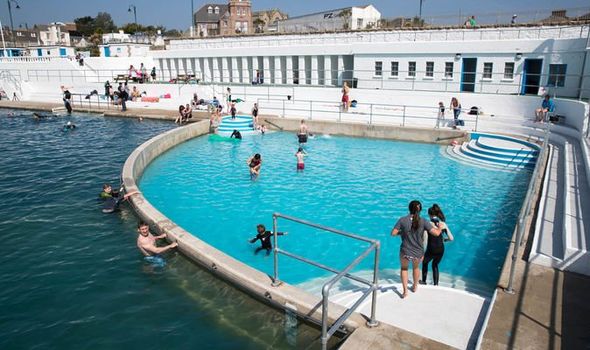 This is the largest saltwater lido in Britain. Today that bravado continues: the people running the pool have drilled into the seabed to provide the geothermal energy to heat its water. Sat on the front in Penzance, Jubilee feels exposed and open to Mother Nature. This was all the more apparent in 2014 when freak waves destroyed this landmark.

But the Jubilee came back – repaired and more popular than ever.

It has lived through a lot – opened in 1935 for George V’s Silver Jubilee, it popularised Penzance as a resort in the art deco era. Open now.

In the Clifton area of the city, the Grade II listed lido from way back in 1850 had been closed for years. Now gentrified beyond belief, the Bristol lido boasts a spa, poolside bar and high-end restaurant, which serves food “in the spirit of hedonism rather than health”.

High-quality finishes, clever branding and a natty website complete the transformation. Currently open for members only.

Opened in 1932, London Fields has something of a reputation as Britain’s most hipster lido – on weekday afternoons it’s more like We-Work-on-Sea with creative and tech freelancers blathering away on their phones and plenty of good-looking, well-groomed types.

On warm weekends it gets hot ‘n’ hectic with locals and Hackney house-sharers in their twenties. 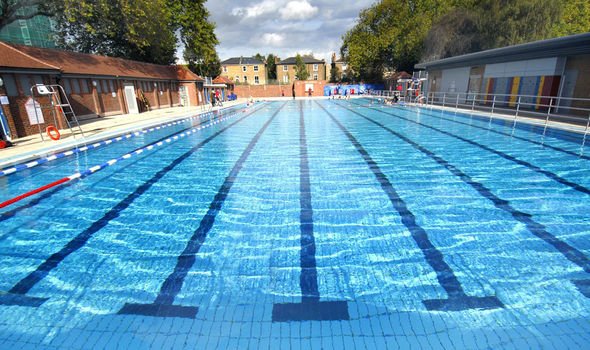 But the heated pool is perfect all year round and winter sees hardened triathletes take over, along with older swimmers who prove that a daily dip is probably the single best choice you can make in life if you want to live a little longer.

This modest lido with its cute coloured changing room doors, is one of the city’s most endearing little pockets of calm and pleasure. Open now.

In 1995, Lucy Blakstad made Brockwell Lido the star of her touching film for the BBC’s Modern Times strand. The Lido was one of the first instances of the lido renaissance being documented and demonstrates how important the 1937 pool was to the community, even showing a marriage taking place here.

Libby Page’s smash-hit novel, also called The Lido, is set here too with its tale of love, loss and the lido fighting against closure. In reality it did close from 1990 to 1994 but you’d be hard-pressed to believe it if you visited on a summer afternoon today.

The wooden decking is packed with people, the café is a popular destination, and the pair of ex-council workers who took the place over, Casey McGlue and Paddy Castledine, are revered as local heroes. Open now. 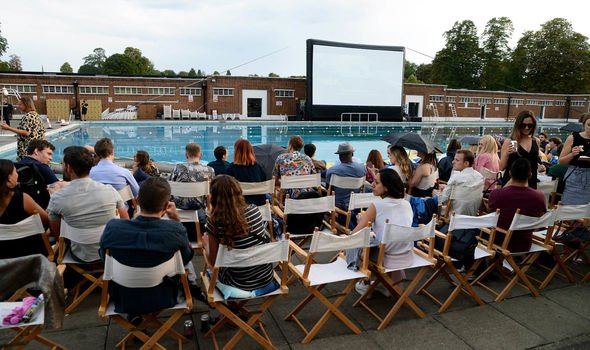 John Wibberley’s masterwork is a lido the city of Plymouth can truly be proud of. The enormous curved pool projects out into the English Channel below the famous Hoe where Francis Drake liked a game of bowls.

Completed in 1935, this huge lido has an eight-sided theme – octagonal fountains at either corner and one in the middle bring the whole piece to life.

Tinside is also listed at Grade II, making it one of the most important pieces of modern architecture in the country from that period. Opens on August 1.

The modernism of England’s south coast is not always noted, seldom even noticed. Yet it did offer a shot in the arm to several fading Edwardian resorts, with examples such as Deal Pier and Bottle Alley in St Leonards, and Serge Chermayeff and Erich Mendelsohn’s symphony to smoothness the De LaWarr Pavilion in Bexhill, which has something in common with Saltdean’s lustrous lido.

Probably England’s best looking lido, with its embracing arms and symmetrical purity it speaks so parlously of the age of health, efficiency and the new.

Saltdean’s story is also one of a committed community who saved this gem from the wrecking ball, restoring it once more to its glory.

Re-opening date yet to be announced. fusion-lifestyle.com/centres/ saltdean 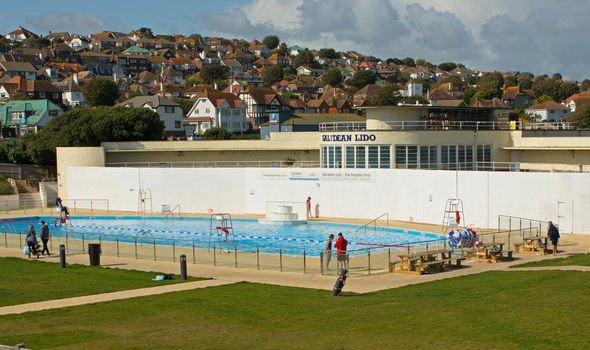 Vintage newspaper clippings from its opening in 1938 proudly announce this watery wonder is available to working people for just a few pence, and with no membership requirements.

Set at the foot of Parliament Hill, just before it rises into Hampstead Heath, this is the Pavarotti of lidos, big, but not big enough for its fans.

Queueing barriers go up in summer out the front, making you think you’re waiting for the newest rollercoaster at a theme park.

The interiors are showing their age but there is so much space and light outside. This is heightened by the unusual metallic lining of the unheated pool. Open now.

The pride of the spa town – a bucolic Georgian resort known for its literature festival and poised on the edge of the Cotswolds – Sandford Parks Lido gives Cheltenham a spring in its step every time spring comes round again (it is only open seasonally).

Some lidos can feel rather hemmed in, with brick walls encasing the place and sunbathing space at a premium, but Sandford Parks is spacious, with long lawns, benches and picnicking places a plenty.

The 165ft main pool is joined by a kids’ pool and art deco architecture around the edge from its 1935 birth. The spouting fountain is the symbol of the place, a kind of Spanish tribute to the power and beauty of water.

Re-opens to the public tomorrow. 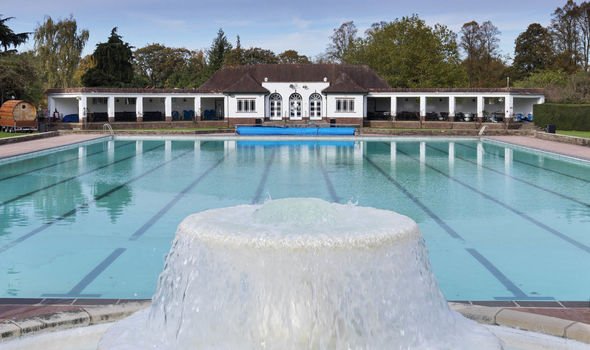 On a drab Derbyshire winter weekday with the rain lashing down, who would swim on such a morning?

And yet could there be anything more heartening (apart from a hot Cornish pasty from the nearby bakery) than a dip in this charming little pool. The water’s heated but you won’t want to linger for long on the lawn in that chill.

But who cares? Each abridged length gives you a chance to look at something new in the architecture – the covered seating area, the bandstand, the chunky stone that finishes buildings round these parts.

Gifted in 1936 by razor blade manufacturer George Herbert Lawrence, the pool has been a much-treasured part of life in this Peak District village. Open now.

One of the early London lidos, Tooting was so ahead of the curve that the word “lido” hadn’t even come into common usage in Britain when it opened in 1906; it was known simply as Tooting Bathing Lake.

Built by the unemployed, it was an early example of municipal socialism in action. In her book Liquid Assets, Janet Smith describes how the lido’s first lifeguard Alfred French dressed in a full suit, shirt, tie and cap, managed to use his rowing boat – which was always moored in one corner of the pool – to save the lives of two swimmers in 1907.

Re-opening date yet to be announced.

• Extracted from Lido: A Dip Into Outdoor Swimming Pools: The History, Design And People Behind Them by Christopher Beanland, will be published next month by Batsford, £20.