On July 15, Morgan, a freelance social media coordinator now living in France, was among the reduced crowd who returned to Disneyland Paris on its first day back in action since the coronavirus pandemic. After months of lockdown, the park was finally able to welcome back tourists, though things were set to be entirely different.

While some tourists may have been uncertain about what the experience would hold, and whether it could match up to Disney trips of the past, for Morgan and her boyfriend, it became one of the most magical trips of a lifetime.

In a bid to keep staff and guests safe, Disneyland has implemented a number of new social distancing and hygiene measures, which mean the experience isn’t exactly the same as before.

However, as Morgan told Express.co.uk, this isn’t necessarily a bad thing.

“I’ve been to Disneyland Paris many times before, so I know the experience pretty well,” she said

“I would say that although there were parts missing about the experience due to the COVID-19 measures, it’s actually been one of my favourite visits because it was far less crowded and queueing times were much quicker.”

Ahead of its “phased reopening” the Disney theme park franchise set out a list of new measures that would be in place across its global hubs. 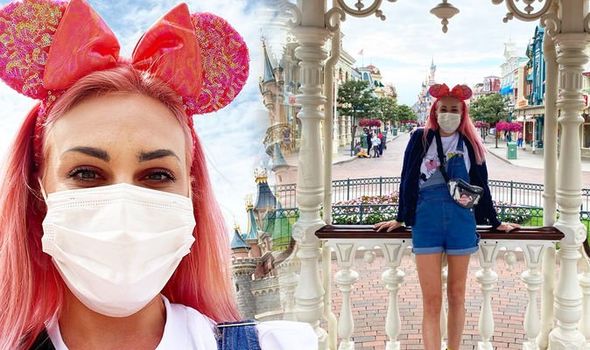 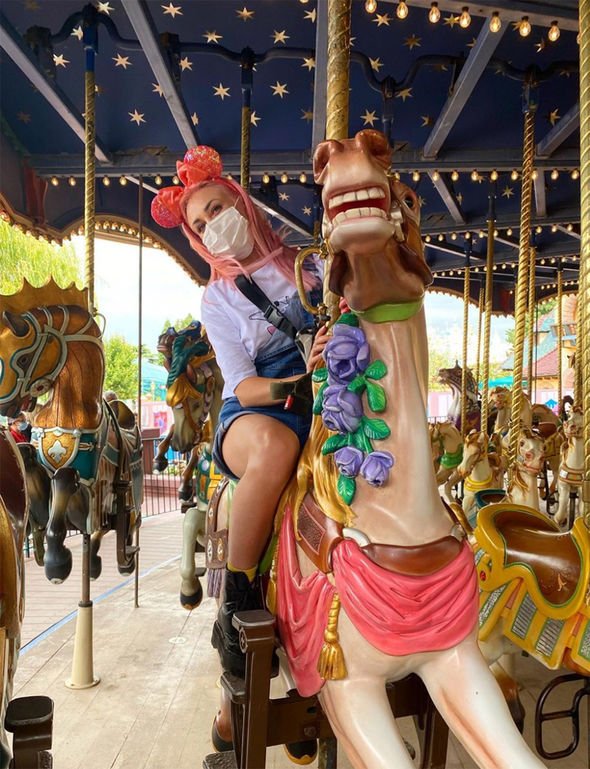 The park published a list of changes that would be enforced, including enhances training for cast members, frequent cleaning and “wash downs”, daily sanitisation, and easy access to hand washing and sanitising facilities.

According to Disneyland: “We are in regular contact with local, national, and international public health authorities, and will continue to implement preventive measures in line with their guidance and with the input of our medical teams.”

Indeed, the park has been true to its word, with Morgan left impressed at the lengths Disney has gone to for its customers.

“I’m not exaggerating when I say its the safest I’ve felt in a public place since the pandemic began,” she said.

“There was hand sanitiser absolutely everywhere – at the entrance gates, the bag drop off, the start of ride queues and after getting off rides.

“Cast members frequently reminded and encouraged you to use it. The toilets had signs above the sinks with proper handwashing instructions, as well.”

The park has also implemented a new rule in the form of mandatory face masks.

“Everybody except children 11 and under had to wear a face mask at all times – except when sitting to have a drink or something to eat,” Morgan explained.

“You couldn’t even take your mask off to have a photo (for example in front of the castle), which I know annoyed some people but I think it was the right way to do things.

“No silly exceptions, and stops misleading photos being posted online leading to misinformation about Disneyland and its COVID-19 measures.”

Even when it comes to the usual crowds for rides, Morgan says Disney tackled this head-on, to ensure even the most popular of rollercoasters had appropriate social distancing.

“There were distancing markers all along the queues for rides and this was well respected by everybody in my experience,” she said.

“The rollercoasters were also only partially filled each time, leaving empty seats or rows between different parties.”

Of course, with the added safety there are some usual favourites that have had to be eliminated for now.

“The Buzz Lightyear ride was closed – I’m unsure whether this was due to ride maintenance or the fact it’s an interactive ride where you handle a toy gun and shoot aliens. It was probably the latter,” Morgan continued.

“All the other rides seemed to be open but were occasionally temporarily closed according to the Disneyland app. I assumed this was in order to properly clean the rides throughout the day.”

In a bid to control overcrowding and reduce contact, parades, some displays, and the much-loved character interactions have also been put on pause for the time being.

“The firework show and the parades were not running either to minimise the encouragement of large groups forming. They did do the water fountain show at one point during the afternoon, however,” Morgan said. 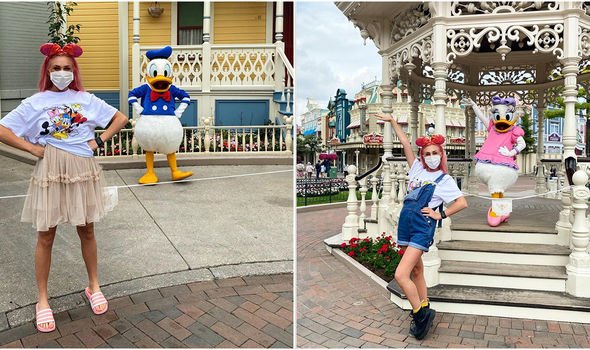 She added: “The character meet and greets or photo opportunities were minimised and I only saw characters in full costumes rather than, for example, princesses with just wigs and their faces exposed.

“Captain Jack Sparrow was spotted during the day but walking around on a balcony above – with no access to anybody at all.

“The characters were behind ropes and you couldn’t cuddle them or stand next to them like usual.

“We saw one little boy get a bit upset that he couldn’t cuddle Donald Duck, but I think it’s the right decision and it’s better to have characters with reduced interaction than no characters at all – it’s part of the experience!”

“Although masks are mandatory on public transport, cast members are everywhere at Disneyland and making sure everybody is following the rules, whereas you rarely see workers on the actual Metro due to the barriers.

“So often times people would remove them, or wear them improperly.

“Often, the Metro we were taking was absolutely rammed full, too, with people pushed right against the doors. This never happened anywhere at Disneyland.” 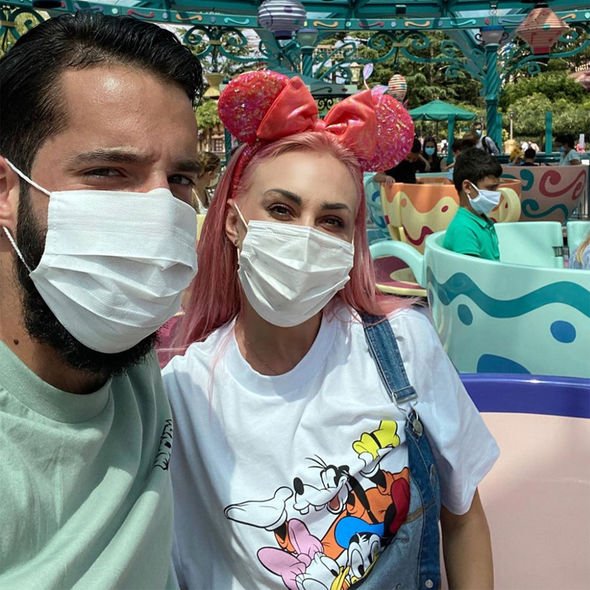 However, it wasn’t just the bubble of safety provided by Disney that made the experience so magical.

Indeed, amid the global pandemic, Morgan found herself swept up into her own, very unexpected fairytale, proving Disneyland really is the “the happiest place on Earth“.

“My boyfriend actually proposed to me at the end of the first day, so that was certainly my favourite moment,” she revealed.

“He told me we were taking a photo, but secretly videoed instead – so we have a lovely souvenir of that moment to keep forever. I think I’ve watched it a hundred times.”

Yet even aside from that monumental moment, Morgan cites her trip as one of her favourite Disney experiences to date.