A great British bolthole – with added fizz: The ‘beautiful’ new Pig hotel in the South Downs is surrounded by some of Britain’s finest wine-making country

They could so easily have called it the Drunken Pig.

In the rolling South Downs, this latest in the litter of Pig hotels is surrounded by some of Britain’s finest wine-making country. Its own two acres of vines were planted last year, meaning its first crop could be on the menu from 2023.

But given that founder Robin Hutson is so passionate about plonk – he was co-owner of the Hotel du Vin group – why has it taken him until the eighth piglet to find one suitable for vines? ‘I have been quite busy,’ smiles Hutson as he strolls through the vines and reflects on his openings at Harlyn Bay in Cornwall last year and at Bridge Place in Kent the year before. ‘But I always fancied a vineyard.’ 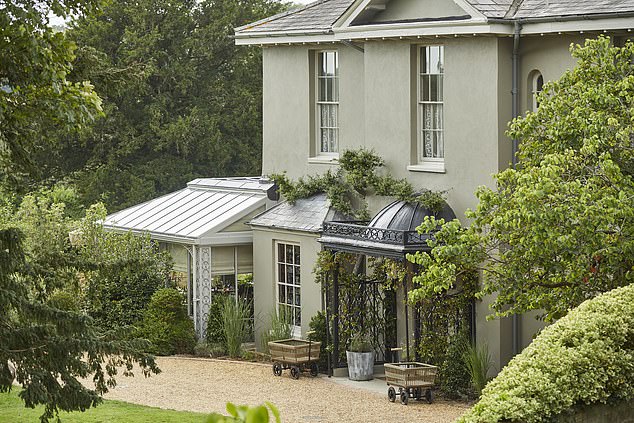 Fine vintage: The Pig in the South Downs’ elegant exterior 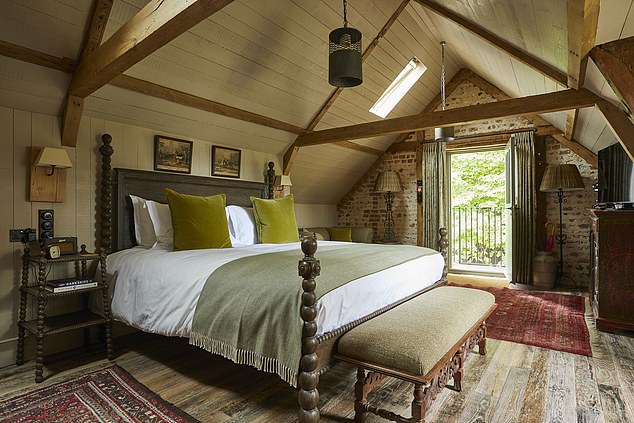 The hotel has 30 rooms, which cost from £155 per night. Pictured is one of the cosy rooms 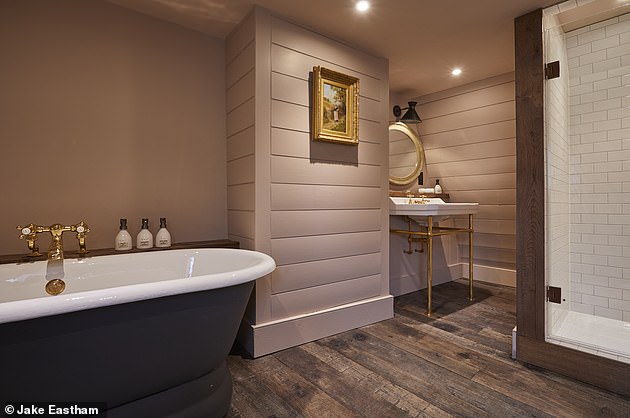 The decor is ‘shabby chic at its finest’, writes The Mail on Sunday’s Jane Knight

This part of Sussex is bubbling over with great fizz. One of the best tasting tours is 15 minutes down the road at Tinwood, while a sparkling wine-tasting session at Digby, which supplies the House of Commons, also hits the spot.

Hutson, though, wants to create a really good still wine – much harder in this part of the world – and has planted several rows of gamay grapes, used in beaujolais, along with the usual champagne grapes.

While his crops mature, there’s an extensive English wine list to try and plenty of places to do so, from the cellar tasting room to the conservatory restaurant which runs the length of the 1770s house and has a vine of its own creeping its way along the ceiling. 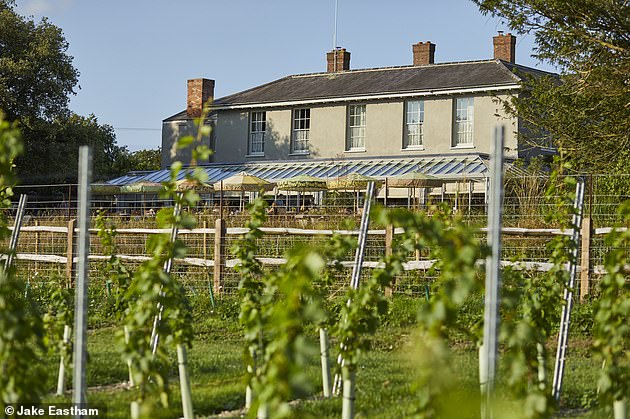 The garden has a field of newly planted 4,500 vines, a first for the Pig chain

Elsewhere, the dimly lit bar in masai red and the wood-panelled lounge have a definite Piggy feel to them, although there isn’t the same feeling of grandeur in the main building as in its sibling hotels.

Most of the 30 bedrooms are in a collection of beautifully revamped outbuildings as well as a handful of cosy wagons in the large, two-acre walled kitchen garden a short trot across a gravel road.

It’s shabby chic at its finest, this time with a floral feel, designed by Hutson’s wife Judy and modelled, apparently, after a fictitious 1940s housewife called Mary. Looking out at the vines from a bedroom in the main house, though, I can’t help feeling that Bacchus played his part too. 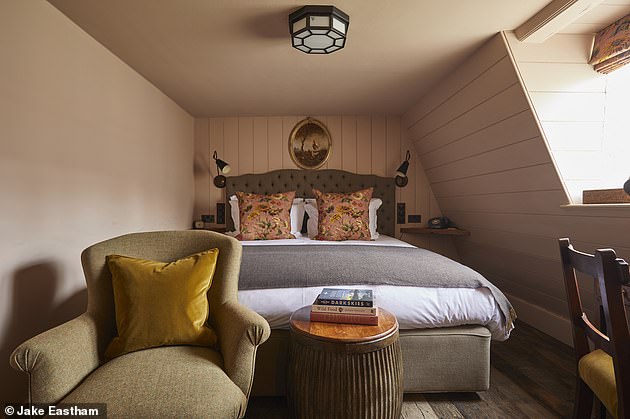 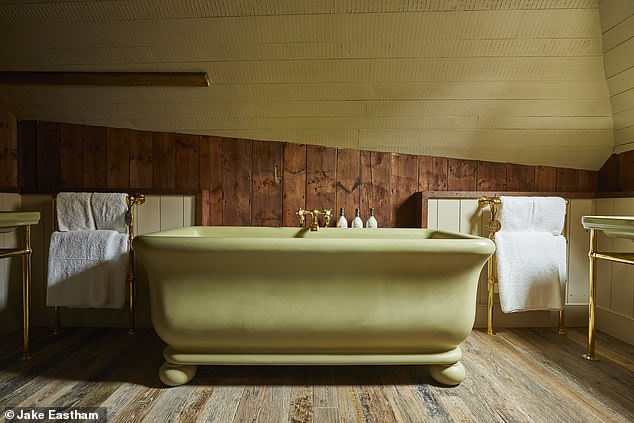 Fashionable: Pictured is one of the bathrooms featuring an avocado-coloured bath

The USP: A restaurant with rooms for wine enthusiasts.

The food: Everything you’d expect from a Pig hotel, with added fizz. The lobster cocktail is particularly good, while the lamb shoulder is melt-in-the-mouth magical. Beetroot juice at breakfast made me feel I was compensating my liver for the excesses of the night before.

The rooms: All beautiful, their colours carefully picked to run on from the curtains into the old rugs; there’s even the odd avocado free-standing bath, looking rather fashionable. The best room is probably the Chicken Shack, with its terrace, uneven tiled roof, lights in old chicken feeders and a bath next to a chaise longue at the end of a long room separated by beams.

The Pig In The South Downs, Madehurst, West Sussex. Rooms from £155 per night (thepighotel.com).