Home » Travel » Out to play: the best things to do around the UK this week

Street food venue and beer garden Vinegar Yard, right next to London Bridge station, is a huge alfresco hangout, great for socially distanced dating or groups of up to six. Run by the founders of Flat Iron Square, it’s a large, half-tented space with picnic tables, several boutiquey market stallsd and a flea market on Saturdays and Sundays. It’s a photogenic spot, topped with an abandoned tube train being overtaken by giant red ants, among other art installations (many by Glastonbury festival artist Joe Rush), as well as close-up views of the Shard. Food outlets include Nanny Bill’s burgers, modern Indian from Baba G’s, Italian from Sugo, and Lebanese-inspired treats from Nik’s kitchen, including their famous aubergine kofte.
• vinegaryard.london

Bouldering is a great activity for climbing newbies of any age. It’s an all-weather introduction to rope-free ascents, and involves low-level climbing (to around four or five metres) on a colour-coded artificial wall above foam matting. Indoor climbing park Beacon Climbing Centre in Caernarfon (day pass £10 adult, £5 children) reopened last week. It offers an induction in bouldering, rope management skills and outdoor climbing, and vertical routes for a variety of abilities – including a soaring 17-metre wall. There’s also a colourful “crazy climb” children’s area (5+) and a cafe. One of the UK’s leading climbing centres, it was recently voted the best family activity in Wales on TripAdvisor.
• beaconclimbing.com 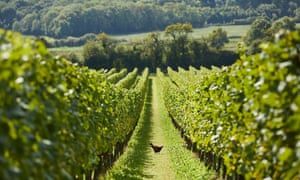 Many vineyards in south-east England – home to some of the UK’s best wines – are reopening for tours. Half an hour by train from London, the family-run Squerryes estate in the North Downs was first planted with vines in 2006. After a tour and tasting around the vineyard (£25, 90 mins, Fri-Sun) of chardonnay, pinot noir and pinot meunier grapes (the classic champagne blend), visitors can enjoy a flight, or two, at the Terrace restaurant, along with small plates, such as crab and avocado tacos and lobster arancini. This year, visitors can also book a space among vines for a pre-ordered picnic for up to 10 people (note: the government says gatherings larger than six should only take place if everyone is from two households or support bubbles). Onsite next door, there’s Westerham Brewery and Flint & Oak farm shop, both part of the Kent Food Trail.
• squerryes.co.uk

Now for the science, London 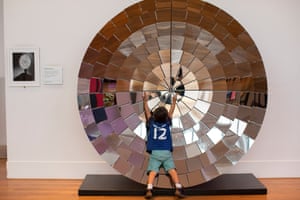 The Science Museum in South Kensington reopened its doors this week, though ticketed time slots must be booked in advance (admission is free, but donations welcome on arrival). The newest space, Medicine: The Wellcome Galleries, had only been open for four months when it had to close its doors due to Covid. It features 3,000 objects from 500 years of medical history – from a pianist’s prosthetic arm to robotic surgery equipment. Alongside permanent galleries, including the fun and interactive Wonderlab (day pass from £8 extra, annual passes from £13) and others covering space and feats of engineering, there’s also the temporary, AI-driven tech exhibition Driverless: Who Is in Control?, extended to January 2021. Pre-bookable lunch bags are available, and the cafe is taking part in the Eat Out to Help Out scheme (Mon-Wed).
• sciencemuseum.org.uk 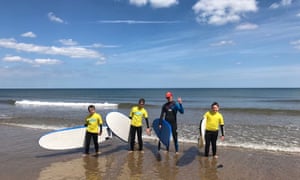 The Northumberland coast is one of the best places to catch waves in the UK, and and though the surf scene is growing the beaches are less crowded than many southern shores. The first surf centre on this wild stretch of coast was Northside Surf School, which opened in 2006. It offers group surf lessons (£30 adults/£25 kids, 1h 45mins) or one-on-ones (£35 1hr or £50 for 2hrs) for both beginners and seasoned surfers, around the golden sandy beaches of Spittal, Bamburgh, Beadnall, Amble and south to Druridge Bay. Paddleboarding sessions are also on offer, either as a coastal tour exploring hidden bays, or along the Warkworth River, passing Warkworth Castle (£40 adults/£35 kids, 2hr 30mins).
•northside-surf-school.co.uk 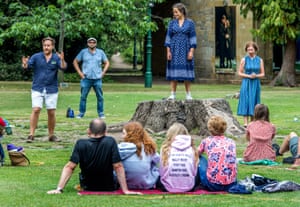 A series of free pop-up performances by the Royal Shakespeare Company is running throughout the rest of August (Fri, Sat, Sun), in Dell Gardens by the river in Stratford. Stripped back, without costumes or set – for all the world’s a stage – actors from two postponed RSC productions are performing for 45 minutes at 1pm and 3pm each day. Monologues, duologues, sonnets and speeches make up the Everything Under the Sun weekend (21-23 Aug), with famous scenes from the Bard’s works; followed by A Masque for Carnival weekend (28-30 Aug), filled with familiar characters. Performances are not ticketed, with room for 23 groups (of up to six each) on a first-come-first-served basis, and some standing space. Bring your own rugs and chairs – the RSC’s takeaway cafe and ice cream van are close by.
• rsc.org.uk

Classical on a country estate, Norfolk 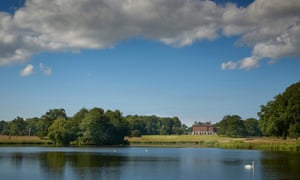 Bach, Beethoven, Vivaldi, Handel Mozart and Mendelssohn will be performed live at Wolterton Hall this weekend (21-22 August), in aid of the Help Musicians Charity. There are two evenings of string performance: Baroque on Friday and Romantic on Saturday, performed underneath the arches of the grand hall by musicians who have played in the Royal Philharmonic, London Symphony and Royal Scottish National orchestras. Areas for up to six people can be reserved (£30pp) on the South Lawn of the 18th-century Palladian mansion, between the towns of Aylsham and Holt. Picnics, chairs and blankets are welcome, and there’s an onsite bar.
• woltertonpark.co.uk, call 01263 768966 to book