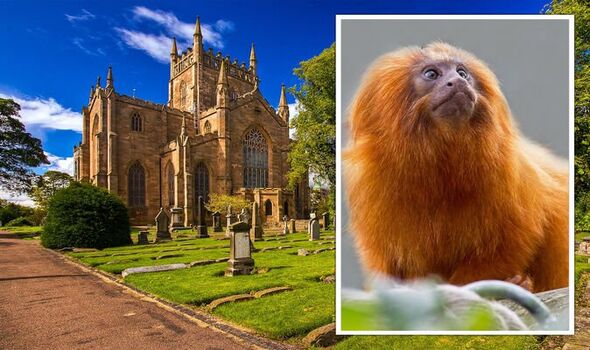 Looking for staycation inspiration? Why not visit one of the UK’s brand new Jubilee cities?

Bangor was a key site during the Second World war due to its location at the mouth of the Belfast Lough.

The brand new city also hosted the Queen and Prince Phillip for lunch at the Royal Ulster Yacht Club in 1961.

Based on Tripadvisor reviews, one of the city’s top attractions is the incredible neo-Norman Penrhyn Castle.

The 19th century castle is filled with interesting artefacts. One visitor said: “The interior of this castle has to be seen to be believed.”

Colchester is the second Essex town to be granted city status this year, after Southend became a city following the death of MP David Amess, a key campaigner.

One of the new city’s top sites is the award winning Colchester Zoo. One visitor wrote on Tripadvisor: “The team at Colchester zoo are phenomenal.”

Doncaster made three prior attempts for city status before becoming one of the Jubilee cities.

Visitors to Doncaster should check out gorgeous Brodsworth Hall and Gardens with its incredible interiors.

One person said on Tripadvisor: “What a marvellous and interesting visit. Stunning gardens so relaxing to meander around.”

Douglas has a special link with the Royal Family as it is where the National Lifeboat Institution was founded. The Queen is patron of the charity.

Visitors to Douglas should take a ride on the Isle of Man steam railway which is rated as the city’s top activity on Tripadvisor.

Once a seat of the Scottish kings in the Middle Ages, Dunfermline has firm links to royalty. Robert the Bruce is buried in the city’s abbey, a top tourist attraction.

One visitor to the Abbey said: “It was lovely to be able to wander around the grounds looking at all the buildings.”

A pinnacle of post-war planning, Milton Keynes was created in the 1960s to combat housing shortages.

The city is home to Snozone, an incredible indoor venue for snowboarding, skiing and sledding.

One visitor said: “Had a fantastic full day of lessons. Went from zero to comfortable on the whole slope.”

A little far for a staycation, Stanley is home to 2,100 people and Prince William once spent six weeks there as a search and rescue pilot.

Home to penguin colonies, a visitor to beautiful Stanley Cove said: “A great place to go to watch the penguins going about their business.”

Visitors should check out the Pontcysyllte Aqueduct, which has stunning views of the surrounding countryside. One tourist said: “This structure is a marvel.”