Ride your way to relaxation: You don’t need Lycra to pootle through the glorious countryside and historic villages of East Anglia

Beauty over efficiency: that’s the philosophy of Britain’s National Cycle Network. Route 1 meanders 1,264 miles from Dover to Tain, in the Highlands, almost always directing you along smaller, prettier, more wiggly country lanes rather than the direct main road. ‘What’s the hurry?’ is the message.

This also happens to be my philosophy, so we’re perfectly suited. I discovered the National Cycle Network during last year’s lockdown and it has changed my life, giving a new momentum and point to bike journeys.

These routes seem tailor-made for non-Lycra, 27-miles-a-day-max cyclists like me, who simply want to relish the hidden beauty of Britain. You roll along narrow lanes, past fields and through orchards from town to village, always keeping your eye out for the next reassuring ‘1’ sign that will direct you along byways you would otherwise never know about. It feels like living in a parallel utopia for cyclists. 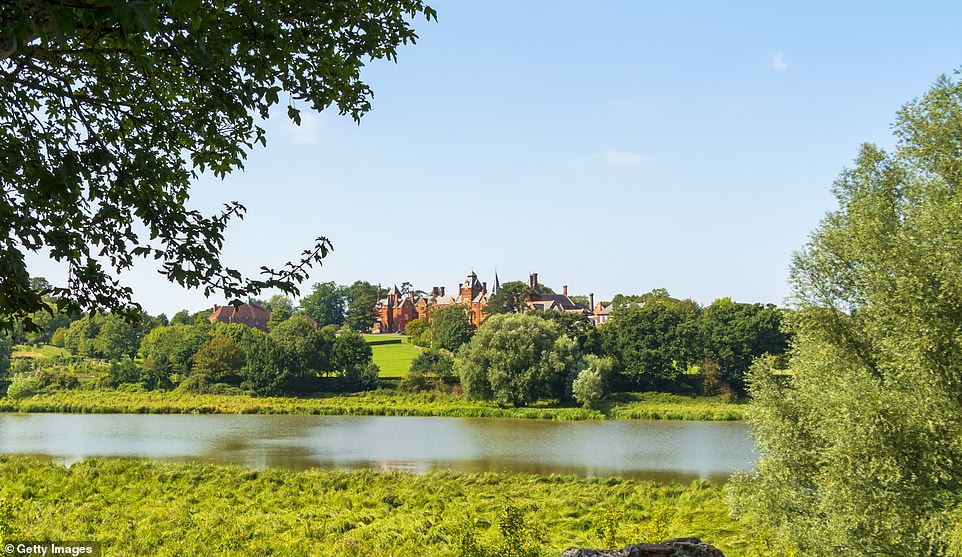 Charming: Framlingham College, in Suffolk, is on National Cycle Route 1, which meanders 1,264 miles from Dover to Tain

I asked Nigel Brigham of Sustrans, which oversees the National Cycle Network, to recommend a three-day journey along Route 1 in East Anglia, as a mini-break for my husband and me. He suggested: train from London to Colchester. First day: Colchester to Ipswich by bike. Second day: Ipswich to Framlingham by bike. Third day: Framlingham to Beccles by bike, and home by train.

The start turned out to be that Friday in June when a month’s worth of rain fell in 24 hours. We whizzed along on our folding bikes (one pannier each) to London Liverpool Street in an hour of non-deluge, then swooped down from Colchester Station, through Castle Park and round the Norman castle, to the GreyFriars Hotel, where we stoked ourselves up with a delicious dinner involving local asparagus and the best creme brulee ever.

Next morning, the ever-enticing ‘1’ sign was waiting for us, a few metres from the hotel’s front door. Off we pedalled, fortified by our cooked breakfast, with none of the sense of futility you can get from bike rides when there’s no overall plan. You feel enveloped in something great: you’re connected to Dover and Tain!

The route takes you across the Suffolk border to the pretty town of Hadleigh. Vast church; bustling High Street; coffee and sandwiches in Paddy & Scott’s Cafe. Then it directs you eastwards along an enchanting disused railway line on an elevated path through woods. This kind of thing is a hotline to happiness for me, especially when it’s flat (as this was).

Suffolk turned out to be more hilly than expected. I ground my way up the long, shallow hills — and at the top was rewarded with East Anglia laid out ahead, plus the exhilaration of freewheeling down.

Cycling through mile upon mile of arable farmland, your whole currency of what counts as a ‘busy place’ changes. You get excited about arriving anywhere with so much as a shop, rather as a medieval pilgrim must have done. As for reaching Ipswich: we felt like country bumpkins ambling into a metropolis. We arrived at the hyper-trendy waterfront River Orwell, brimming with yachts, and were greeted warmly at the splendid Salthouse Harbour Hotel. Our bikes went up in the lift to our room with its balcony overlooking the river.

The next morning, fortified again, we set off. If you do this journey, do download the Cycle Streets app, which shows you where you are and marks Route 1 in pink, so you can see if you’ve gone wrong. We did once, failing to spot a leftwards sign. 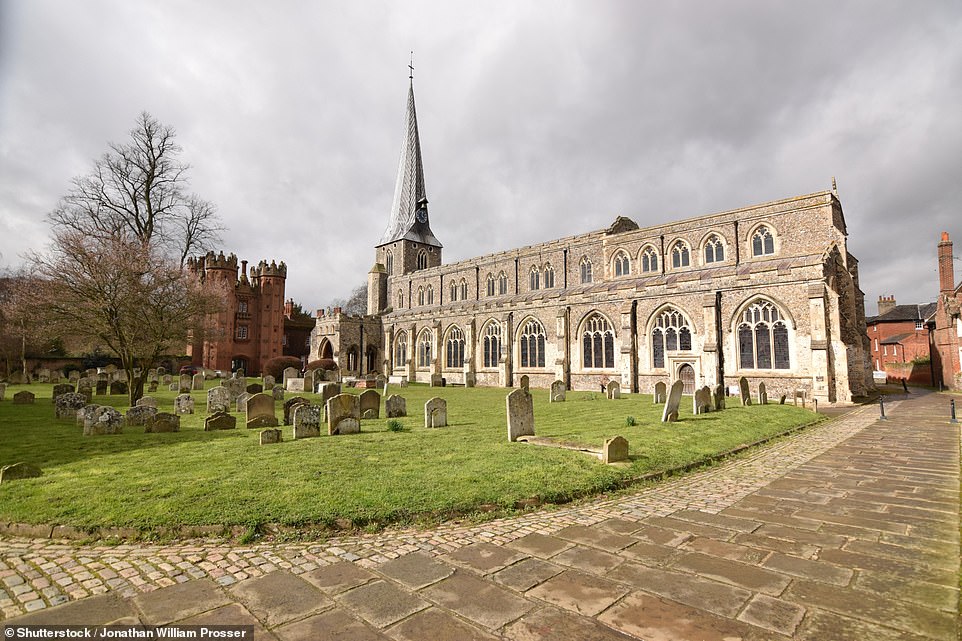 The route takes you across the Suffolk border to the pretty town of Hadleigh. Pictured is the town’s impressive church

Over the level crossing at dear, sweet Woodbridge, we stopped for much-needed coffee and panini beside the River Deben. This ride makes you remarkably river-aware. Colne, Orwell, Deben, Alde, Beck, Waveney . . . quite a geography lesson.

At last, Framlingham hove into view. The Crown Hotel, a charming pub with rooms, is where we stayed. We ate supper at the only restaurant open: Curry India. Delicious, surely the best curry in East Anglia, bursting with flavour and deeply restorative.

And next day, the final 25 miles through the wilds, from Framlingham to Beccles — very nearly Norfolk. As we turned towards the railway station, I saw the ‘1’ sign beckoning us on to Norwich, King’s Lynn, Hull . . . well, maybe another time.

Doubles at GreyFriars Hotel in Colchester from £145 B&B (greyfriarscolchester.co.uk); doubles at Salthouse Harbour Hotel in Ipswich from £126 B&B (salthouse harbour.co.uk); doubles at The Crown Hotel in Framlingham from £90 B&B (crownframlingham.co.uk). Information on the National Cycle Network at sustrans.org.uk.