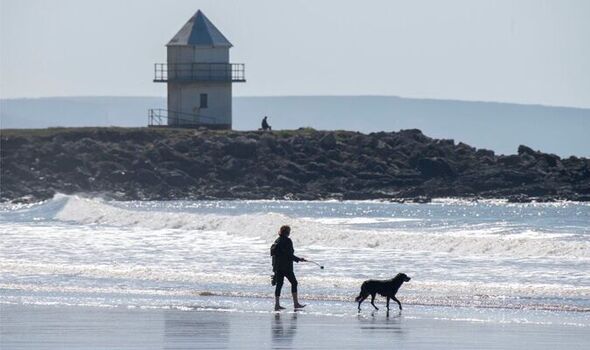 It also emerged 28 percent of those who go away with their pet do so to prevent their furry friend getting lonely.

And 36 percent don’t like the idea of kennels or a cattery, while 27 percent would miss them too much – and 30 percent reckon their pets love getting away.

A fifth of those who consider their animal in all holiday decisions even say that part of the reason they got a pet was so they could go away together.

Dogs emerged as the most popular pet to take away, but a third (34 percent) admit to taking their cat – while six percent had even taken their hamster or bird.

A spokesman for Original Cottages, which commissioned the research, said: “Anyone with a pet will tell you, they’re part of the family – and who would want to leave a family member behind when going on holiday?

“Pet owners are really considering how best to travel with their pets – and a staycation offers simplicity and ease, without compromising on the fun.”

More than four in ten (41 percent) of pet-focussed holidaymakers have avoided taking trips abroad because they didn’t know if their animal could come with them.

And three in five (61 percent) said they knew when they got their pet it might alter the types of holidays they would be able to go on.

As a result, 70 percent of pet owners prefer to go on a “staycation” within the UK, if it means they can take their four-legged friend with them – and 35 percent revealed that doing so has led to them exploring “a lot more” than they would have otherwise.

With Christmas on the horizon, 29 percent said they will be travelling with their pets this festive season – with as many as one in five (20 percent) prioritising spending time with their furry friend over their family members this Yuletide.

To make a staycation with pets even more special, respondents are eager to visit places with dog walks nearby (30 percent), pet-friendly restaurants (28 percent), and those that offer pet beds (26 percent).

And when dreaming up a suitable holiday programme, dedicated pet activities (23 percent), a pet groom room (20 percent), and pets’ club (20 percent) were top of the list.

A sandy beach (23 percent) and rolling countryside (18 percent) were deemed as the top types of places to visit when away on a trip.

Pet owners are also exploring the whole of the UK, with one in five (21 percent) visiting Wales, while 18 percent have been to the Lake District.

And one in ten has visited Sussex on the south coast, according to the research conducted via OnePoll.

The spokesman from Original Cottages which has pet-friendly cottages across England and Wales, added: “The great thing about the UK is our incredible range of places to explore with your pet.